A Love Letter To The Outsider: Interview with Jonny Pierce of The Drums 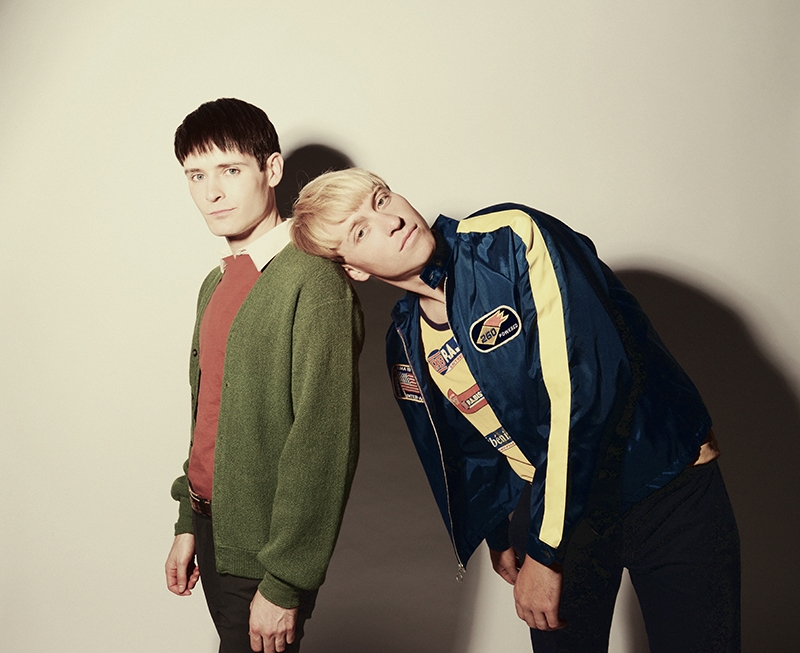 For a band whose tidal wave rise to fame has been marked by intense internal break-ups and massive expectation, The Drums have always worn their heart on their sleeve. Five years after their debut, the band’s original instigators—Jonny Pierce and Jacob Graham—have regrouped and created their most compelling album to date. SLUG spoke with Pierce about their new album and the state of The Drums today.

“Fans are telling us that they love the record—people are really connecting with it,” says Pierce, the band’s lead singer and lyricist. Encyclopedia, The Drums’ third album, was released on Sept. 23—the band is currently two weeks into a North American tour in support of it. “That was really our ultimate goal when we started the record—to make this one really, truly meaningful,” he says. “We wanted a really potent album of really meaningful, and beautiful, songs.”

After releasing their debut EP, Summertime!, in October of 2009, The Drums were thrust onto the world stage and heralded as successors to any beloved band that journalists felt like name checking. At the same time, Pierce’s direct, urgent lyricism, the band’s fondness for mid-century aesthetics and their perfect indie pop tunes made them unlikely heroes to a new generation of misfit youth and outsiders. According to Pierce, Encyclopedia is The Drums’ “love letter to the outsider.”

“We hope that it comforts people who maybe feel a little out of tune with the world, like we do,” Pierce says. “We grew up loving certain bands that made us feel not-alone, and we’re hoping that this album is that for a lot of people.”

After the tours for their second, and more ambitious album, Portamento, were finished, there was a general fear that The Drums may have run its course, that there might not have been another album. Pierce and Graham both kept busy with solo projects, though in the interim between Portamento and the writing of Encyclopedia, the group’s original member, Connor Hanwick, exited the band.

“We never know when we put out a record if it’s going to be our last one,” Pierce says. “Coming off the Portamento tour we went down to just the two of us—we had a couple members leave and, after the dust settled, we just really took our time, went off and did some solo work independently and, when the time felt right, and we had established what we wanted to do, we just came back together and we were really surprised at how effortlessly, in a way, that the album came together.”

Much like an encyclopedia, Pierce marks this as another volume in The Drums’ life. “We wanted to be direct—that was a really purposeful decision,” Pierce says. “From what I see and hear, the new cool thing is to not have much of an identity or to not really say much. We just didn’t want to be that, to the point of stepping on some toes or making people feel uncomfortable or reminding people of their greatest fears. This album really aligns with our value system. It’s really about defining what’s poisonous in your life and defining what’s not, and separating the two, throwing the bad out and defending the good. It’s a very protective album, a very defensive album.”

Encyclopedia is the duo’s most adventurous album to date. It follows the analog synth track that they started with Portamento, yet it incorporates a wider range of influences. “We decided to open the floodgates of creativity and honesty,” Pierce says. Two tracks on Encyclopedia, “Kiss Me Again” and “Deep In My Heart,” were originally intended for Pierce’s solo record. One of the album’s most gorgeous tracks, “Wild Geese,” was originally written by Graham and released on his solo project, Cascading Slopes. “When I heard the record, I just really fell in love with it,” Pierce says. “He was kind enough to put it on the record. We changed some musical elements but kept the core of the song the same.”

The first track the pair recorded, “I Can’t Pretend,” features a soaring crescendo of dizzying synths and crisp guitar riffs reminiscent of the Pixies’ “Where Is My Mind?” “We had escaped from New York City up to a little cabin in upstate New York, where we set up a little makeshift studio,” Pierce says. “There was a moment of vulnerability—we felt a bit nervous about where we wanted to go. I think maybe three years ago if we were starting a record and came up with a song like [I Can’t Pretend] we would maybe scrap it, because it wasn’t quite in the vein of what we were doing.”

“We were so obsessed with consistency at the time,” says Pierce. “Our process was getting in the way of our songs. We had to remind ourselves that songs, that’s why we’re doing this in the first place. It’s not about the process, it’s not about the instruments that you use, it’s not about getting a bunch of guys together in a room and jamming out, it’s not about where you record a song at the end of the day—all this stuff’s going to turn to dust, including us. Hopefully what will last the longest is the music that you put into the world.”

Pierce is confident that fans will enjoy Encyclopedia: “We know that people will hear it,” he says. “When you’ve taken a lot of time to make it great, it just sort of takes on a life of its own.”

The Drums perform at Urban Lounge Oct. 2, with Beverly and JAWWZZ!