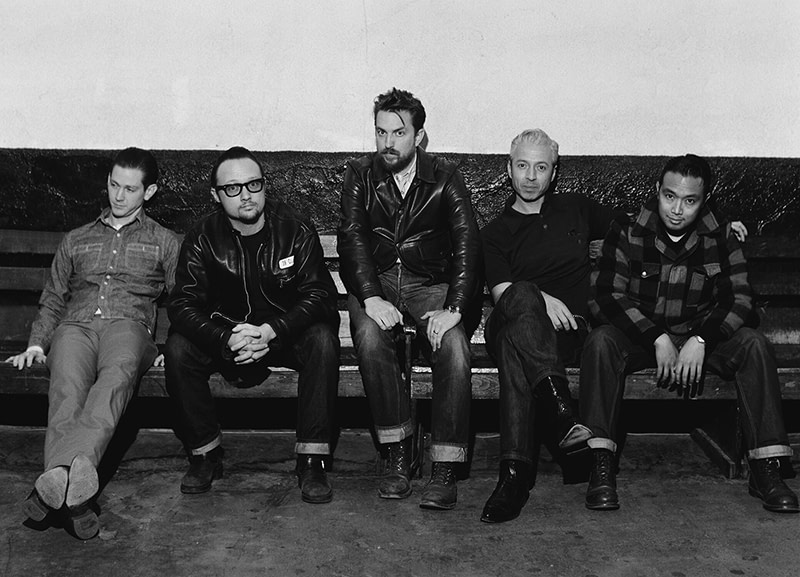 Sometimes, it’s the simple ideas that find their way to the top. When a Chicago-based musician decided to turn his attic into a recording studio, he had no way of knowing that from that studio, he’d record one of the most devastating roots rock n’ roll records ever concocted. But that’s exactly what bass player Jimmy Sutton accomplished when he invited an Oklahoma boy named JD McPherson to record his debut solo record, Signs and Signifiers—after eight years of constructing Sutton’s passion project (a home studio with vintage equipment). Not only did the record take off to heights that no one could fathom, Sutton’s Hi-Style Studios and record label became a destination for anybody looking for the textured and steadfast sounds of vintage music.

With his own projects in mind, Sutton’s home-studio aspirations started off small. Over time, they would grow into something else entirely. “At first I wasn’t thinking about a whole studio,” Sutton says. “I just wanted to get an old tape recorder and restore it nice, like an old Ampex, and get a couple of ribbon mics. A friend of mine’s father gave me an old Berlan machine, which I restored, and it just took off from there. I would look at old photographs of studios where albums I’d loved had been recorded and studied them.”

When Sutton’s relationship with McPherson began, their common ideas about music made their ultimate collaboration inevitable. “I was contacted by JD about helping him get shows in Chicago,” says Sutton. “He sent me some links to find his band at the time, The Starkweather Boys, and I was pleasantly surprised. He was a really good guitar player and songsmith.” Sutton and McPherson’s exchanges continued, and they began to realize that they should be working together. “We were on the same page philosophically when it came to roots music,” Sutton says. “He had hinted before at wanting to come and record with me, but when he started talking about doing a solo project, I jumped at the chance, and told him I’d love to produce that and put that out on my label.”

When it came to the approach of making the record, Sutton took inspiration from Howlin’ Wolf guitar player Hubert Sumlin, who advised him, “Don’t lie. When it comes to playing music, just don’t lie, and you’ll be alright.” Sutton says that’s easier said then done. “When we started, we wanted to create a record that showed all of our influences,” he says. “My thing was to combine all these great vintage rhythms that I heard in older music with JD’s songwriting.” Even punk had a shadowy influence on the record. “A lot of the attitudes we found in late ’70s, early ’80s punk,” he says. “We didn’t want to appear to be trying so hard as to hit you over the head with influences like The Clash or the Ramones, but that stuff is in there too.”

Recognizing that the record was going to be something different, Sutton heard the proof that they’d caught lightning in a bottle. “We realized [it] right away, when we listened to the tape,” he says. “At Hi-Style, we were recording straight to tape before we mixed it, but we listened to just the tape and we could hear just how much fun was in it. It wasn’t like, ‘Oh, this will sound good in the mix later.’ It was already there. I was so eager for people to hear it, and, as an artist, you sometimes have reservations about that.”

Sutton’s plan was only to shepherd McPherson’s record. He had produced, helped write songs and played bass, but it wasn’t until the record was completed that Sutton decided that the work with this new partner would continue. “I knew myself, and the project had been really close to my heart,” he says. “So when JD said ‘Hey, as far as I’m concerned, this is a two-man deal,’ I was happy to hear him say that. He’s somebody who I respect, so I was happy to sign on. I was loving what we were creating.”

In attempting to follow up Signs and Signifiers, Sutton took a step back from his previous role, “I think it’s a continuation of the first record,” he says. “We, as a band, have a lot more confidence, and I think we have a lot of solid things to build on. We didn’t go back to Hi-Style because we wanted to try to create a different sound. As a performer in the band, it was better this time if I didn’t produce this record, but I’m proud of it, and looking forward to getting it out to people.”

Although his duties to the JD McPherson band keep him busy, Sutton has still found time to get into his studio. He’s working on a new record with The Bellfuries, and will be releasing it on his label, Hi-Style Records. He’s also producing the next Pokey LaFarge record in the Hi-Style studio.

When the dust settles, and they turn out the lights at Hi-Style Studio at the end of the day, I think that all that Sutton hopes for is to capture good art, and while that may be vague in its description, Sutton’s high standard is unwavering. Catch Jimmy Sutton and the rest of the JD McPherson band at The State Room on Nov. 10.