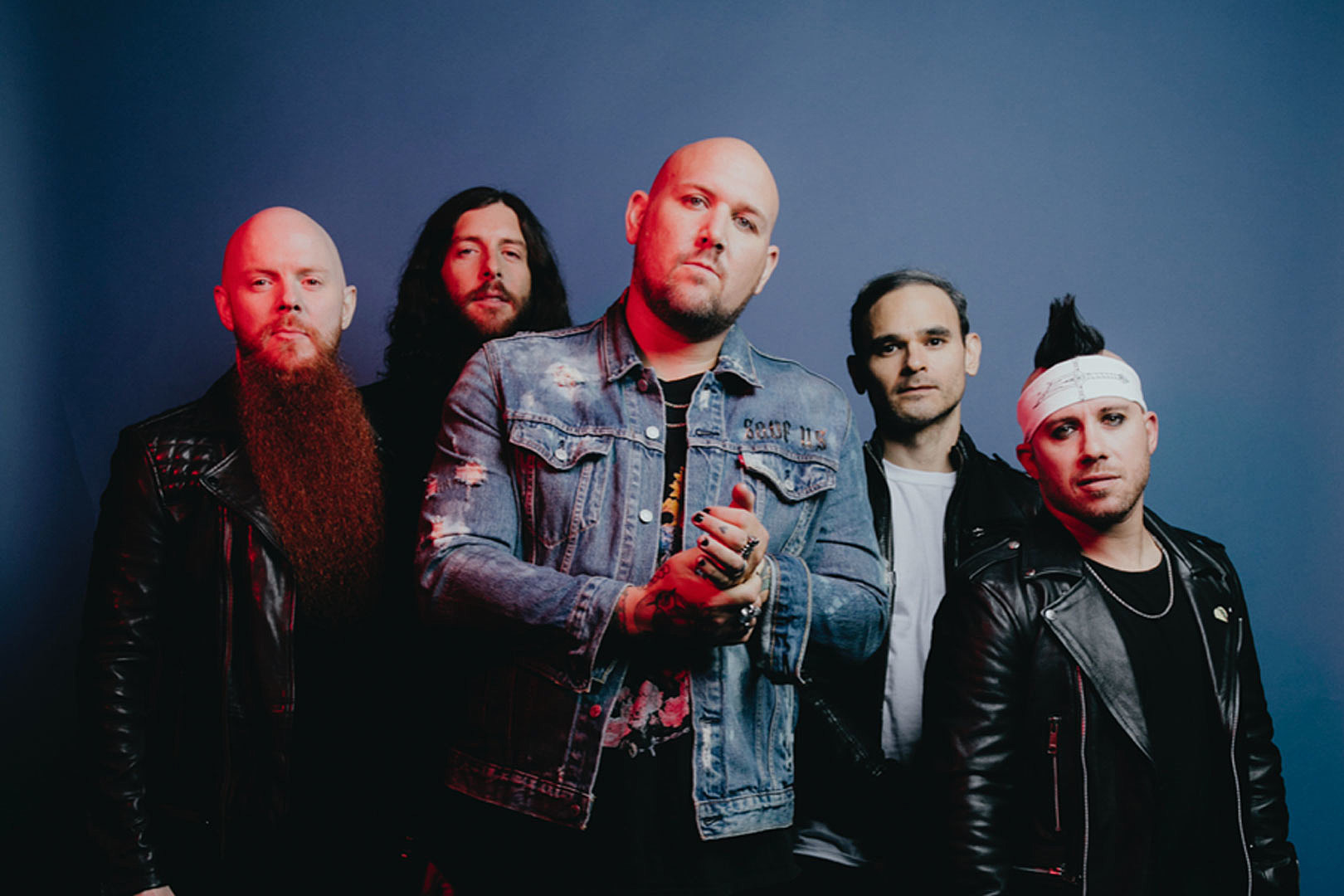 California-based hard rock outfit Atreyu are coming through The Depot on Thursday, Dec. 9 with support from Crown the Empire, Tetrarch, Saul and Defying Decay. Formed in 1998, Atreyu are now on tour supporting their eighth album, Baptize, with a new lineup that adds drummer Kyle Rosa to the core quartet of Brandon Saller, Porter McKnight, Travis Miguel and Dan Jacobs. Read an interview with bassist McKnight below, and find more information on the show here.

SLUG: How is the tour going? How has it been different from any other tour you’ve done before?

Porter McKnight: Very, very well! It’s our first proper tour back since the pandemic began and it’s been wonderful to be able to connect with our fans again. This is our first run with this lineup and we are all having the time of our lives! Also, it’s mind blowing how loud the [fans are] singing the new songs. Such a treat every single night.

SLUG: How would you describe your genre? What kind of listeners come out to see you guys live?

McKnight: We were around before people started throwing all the minutiae of sub-sub-sub-sub-genres around, and we prefer simply to be called a “hard rock” band. If you listen to our albums over the years, especially since Lead Sails, we cover many genres on one single album and aren’t fans of being pinned down to just one!

You’ll see a whirlwind of five best friends running around like madmen, singing and smiling along with you. Every single night we truly enjoy each moment on stage, and no single show is a “job” for us.

SLUG: What bands/artists are among your biggest inspirations?

McKnight: You’ll get a completely different answer from each of us, and I think that’s a big part of what makes our sound so diverse. I was born/raised in Southern Alabama and grew up listening to Johnny Cash, Paul Simon and Willie Nelson. As I entered my teenage years, I heard bands like Nine Inch Nails and Radiohead that blew my mind as far as the potential journey that music could take you down. These days I listen to everything from the bands listed above to Kendrick Lamar, Biffy Clyro, Silk Sonic [and] Sturgill Simpson. Tough to find a genre I don’t listen to!

SLUG: Can you describe the process of what finding your sound looked like? How did it get to the point it’s at now?

McKnight: I think that’s addressed in the above answers, and it’s mainly due to the diversity of our musical influences. We’re always pushing the boundaries of what’s possible with our band with each new album and always strive to one up ourselves. We’ll never write the same song twice.

SLUG: What is the process you guys typically go through when writing? Who writes which parts and in what order?

McKnight: That varies with each song. The last two albums with John Feldmann we’ve really been pushing a “what’s the message of this song” idea. Sometimes we’ll start with some lyrics and a chorus melody, sometimes it’s simply a “I wanna write a song about this,” and sometimes you’ll have someone bring in pretty much a whole song demo’d out.

For example, the idea for “Save Us” lyrically/melodically popped into my head during meditation. I made a voice note of it, shared that with Brandon in the studio, he grabbed a guitar and we created the bones of the song in a few minutes.

SLUG: In what ways have you seen changes or new direction to your sound in 2021 with the release of Baptize?

McKnight: I think Baptize really showcases the diversity of skills/talent in our band. Each song takes you on this unique journey that can consist of brain-melting solos, five-part harmonies and thought-provoking lyrical content.

SLUG: Where/what were some of the coolest shows you’ve played before and what made those shows stand out to you? What was the biggest?

McKnight: The most recent would have to be Welcome to Rockville in Daytona. It was easily one of the best shows of our career! From the madness of the fans, [to] the crowd surfing, the sing alongs and how much fun the five of us had, it’ll be at the top of my list for quite some time.

Playing with Linkin Park at a festival in Canada in 2009 on my birthday was amazing, playing Hamburg in 2019 in a small sweaty club was a feeling I’ll never forget, and touring in Japan with a band called CrossFaith was one of my favorite tours we’ve done. This list could go on for quite a while … haha. OZZFEST! How’d I forget that. We were lucky enough to do it twice!

SLUG: What are some of your favorite songs to play live and why?

McKnight: Off the new album I’d say “Fucked Up” and “Sabotage Me” have been VERY fun, and older songs “When Two are One” and “Creature” are my favorites.

SLUG: What is your favorite gear that you have used for the making of Baptize and why?

McKnight: My setup is super simple. Ernie Ball Stringray (the 2018 edition update) and a DarkGlass b7k Ultra. That’s it.

SLUG: What is next for Atreyu after this tour concludes? If you’re not sure, what are you hoping for?

McKnight: We’re doing a cruise to Belize with Mastodon, Amigo the Devil and others, but we wanna play EVERYWHERE. We want to do Europe for longer than we ever have, make it to South America, Asia, and Russia. We REALLY want to open for the Scorpions, as they have a new album, haha.

Essentially, we feel this is the best moment of our musical career and want to play to as many fans (old and new) as humanly possible!