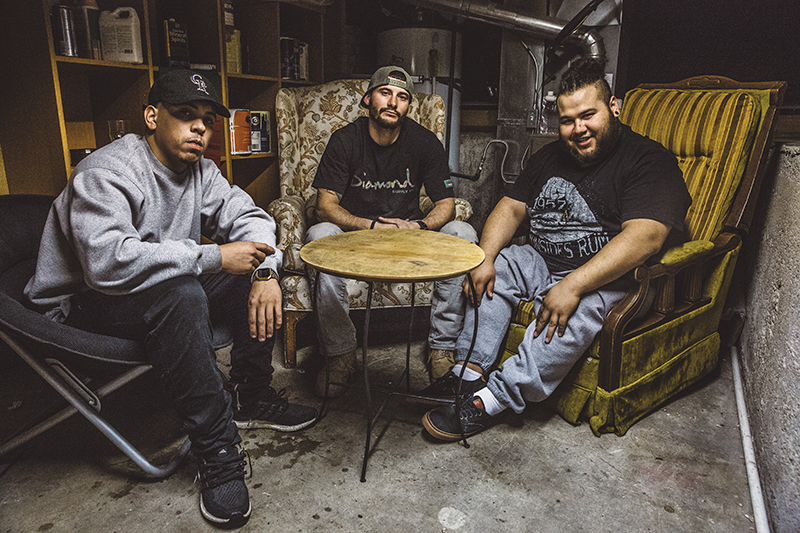 Whether you’re an up-and-coming emcee or a seasoned veteran, there are plenty of locally grown hip-hop producers with beats for sale. Why pay top-shelf prices for a mediocre song by a nationally known artist when we have such quality musical production in our own backyard? These musicians—Chance Lewis, ClearSauce, Finale Grand and Piccolo—fit the bill and come from a wide range of backgrounds and influences. Whether you’re an old-school rapper or new-school trapper, give these producers’ work a spin. With so many styles and tracks to choose from, someone will definitely have a track that calls their name.

Having produced for the likes of 1017 Bricksquad, ClearSauce could very well be crowned as trap kings of Salt Lake. Whether you are looking for a kick-back sort of vibe or a banger, ClearSauce can provide you with exactly what you need. Their beats are both airy and grounded at the same time, their production quality is pristine, and their sound is modern. ClearSauce is perfect for the emcee who wants a beat in the same vein as some of rap’s superstar producers, like Metro Boomin, 808-Mafia or Mike Will Made It. They have a clear sense of what is going on in the world of rap and are committed to remaining cutting-edge, both in style and production. Get hyped, stay relevant—buy a beat from ClearSauce today!

“Flute Chops” is cutting-edge and modern. This beat is 2017 trap in a nutshell, featuring flute sounds, pipes and catchy drum loops. The way the song moves along is perfect for an emcee who wants to stand out as a progressive, new-school rapper. Halfway through the beat, “Flute Chops” takes an unexpected turn, incorporating video game samples that sound as if they are being fired out of a machine gun. The 808s on this instrumental are truly banging. “Flute Chops” would serve as an amazing intro to an album or as a hyphy, high-energy interlude.

This track is simply beautiful. It is melodic, raw and real. There is a dreamlike feel to most of “Assassins Sauce” that works well. An Arabian-sounding sample of a woman’s voice sweeps its way through the instrumental, and it is soothing to the ears. “Assassins Sauce” would fit well with an emcee who wants to make a more relaxed, introspective track. The beat would also work perfectly with someone who sings or possesses a melodic technique in rapping. “Assassins Sauce” is truly a one-of-a-kind work. The way by which ClearSauce combine so many different styles in a track demonstrates their versatility as a group. Get this track while it’s hot—and before someone else snatches it or ClearSauce blows up even more than they already have.

“Ill Have Fun” is a bare-bones, high-quality instrumental. This track is perfect for an emcee who can carry a track with their voice alone and who perhaps wants to spit some a cappella bars. A simple, ghostlike sample plays its way through the track as it slowly builds over time. The drum kit that ClearSauce use is simple, consisting of a quick kick drum, trap-style hi-hats and a well-mixed snare. Take some risks with this instrumental and let your lyricism stand out, proving to your fans that you can handle something for a more seasoned lyricist.