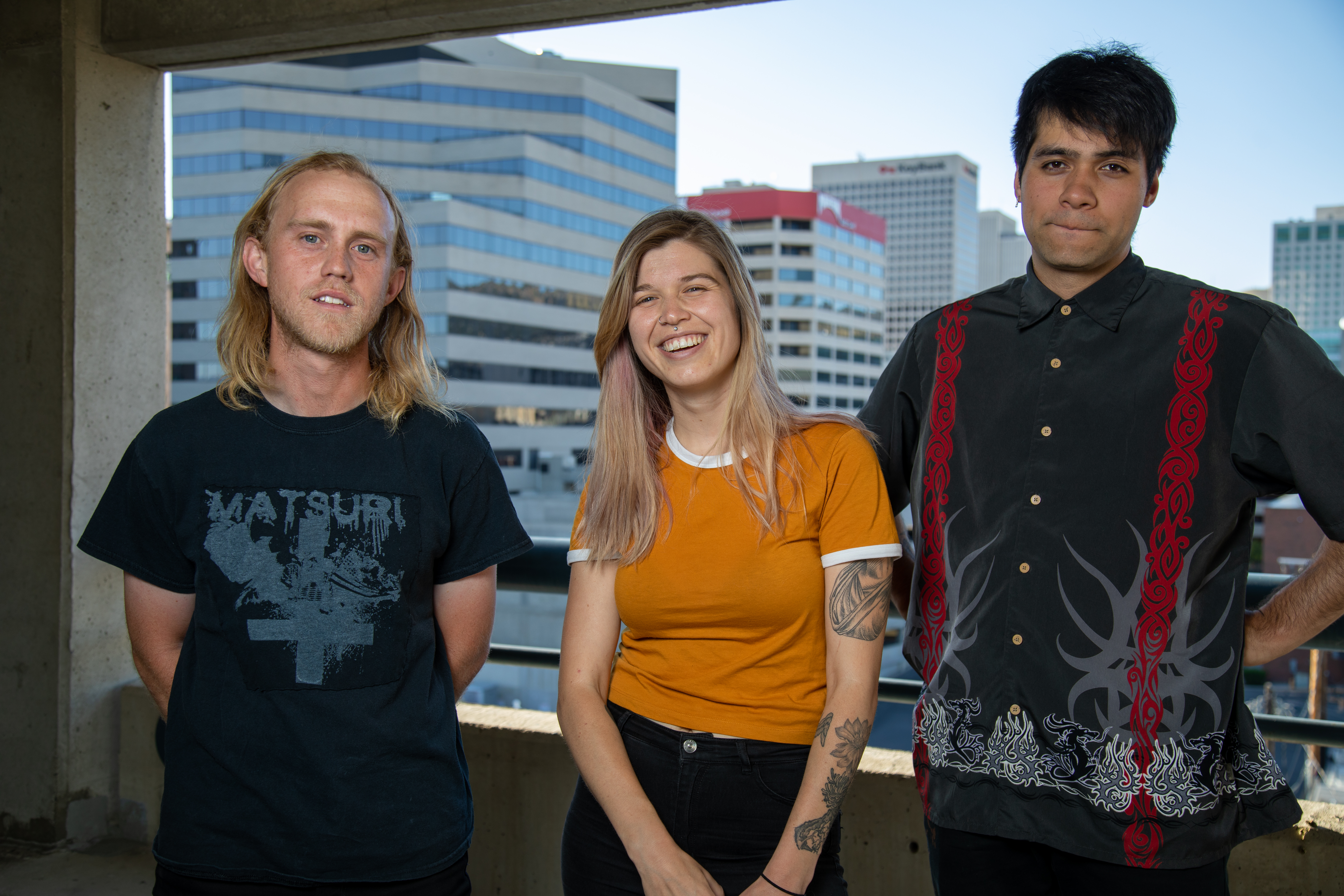 Breakfast in Silence—the trio of Ashleigh Bassett (guitar and vocals), Russ Wood (guitar) and Val Brown (drums and vocals)—is the latest project for this group of well-traveled DIY musicians. The members here have previously made up now-defunct groups like Slow No and Cat Ghost Formerly Known as Ghost Cat. While music has long been a big part of the band members’ lives, Breakfast in Silence represent a new step for each. “After I found out cowboys don’t cry, I ditched cowboy chords for panic chords,” says Bassett of the group’s emo-influenced sound. Wood says that “as the band progressed, the songwriting became a lot more collaborative,” specifically naming the influence of fellow locals Sonnets and Savage Daughters on their new approach to writing and playing.

The majority of Breakfast in Silence’s lyrics are written and sung by Bassett, and many of the themes come directly from their personal life. “I experience chemical imbalances galore,” they say. “It’s been a life-long battle learning to coexist with the chemicals sloshing around up there—they‘re [the songs] my journal entries are set to.” The music backing these stories is fittingly sparse, though not so much so that it sacrifices instrumental expression. Rather, as is apparent on the band’s debut, It’s Hard to Be Open-Minded When You Wanna Die, the stripped-back indie and emo arrangements highlight Bassett’s expressive, full-bodied voice.

Breakfast in Silence are currently recording a new album and are set to embark on a large tour this fall. Head to their Facebook page to stay up-to-date on all upcoming shows and releases. “I am proud of how we have been able to balance our involvement in the DIY scene while also aspiring to be more than just a local band,” says Wood, highlighting the band’s sense of hope for the coming years. Be sure to catch their set at the CLC DIY Festival on Saturday night, Aug. 10, at the 90.9FM KRCL Stage. –Audrey Lockie