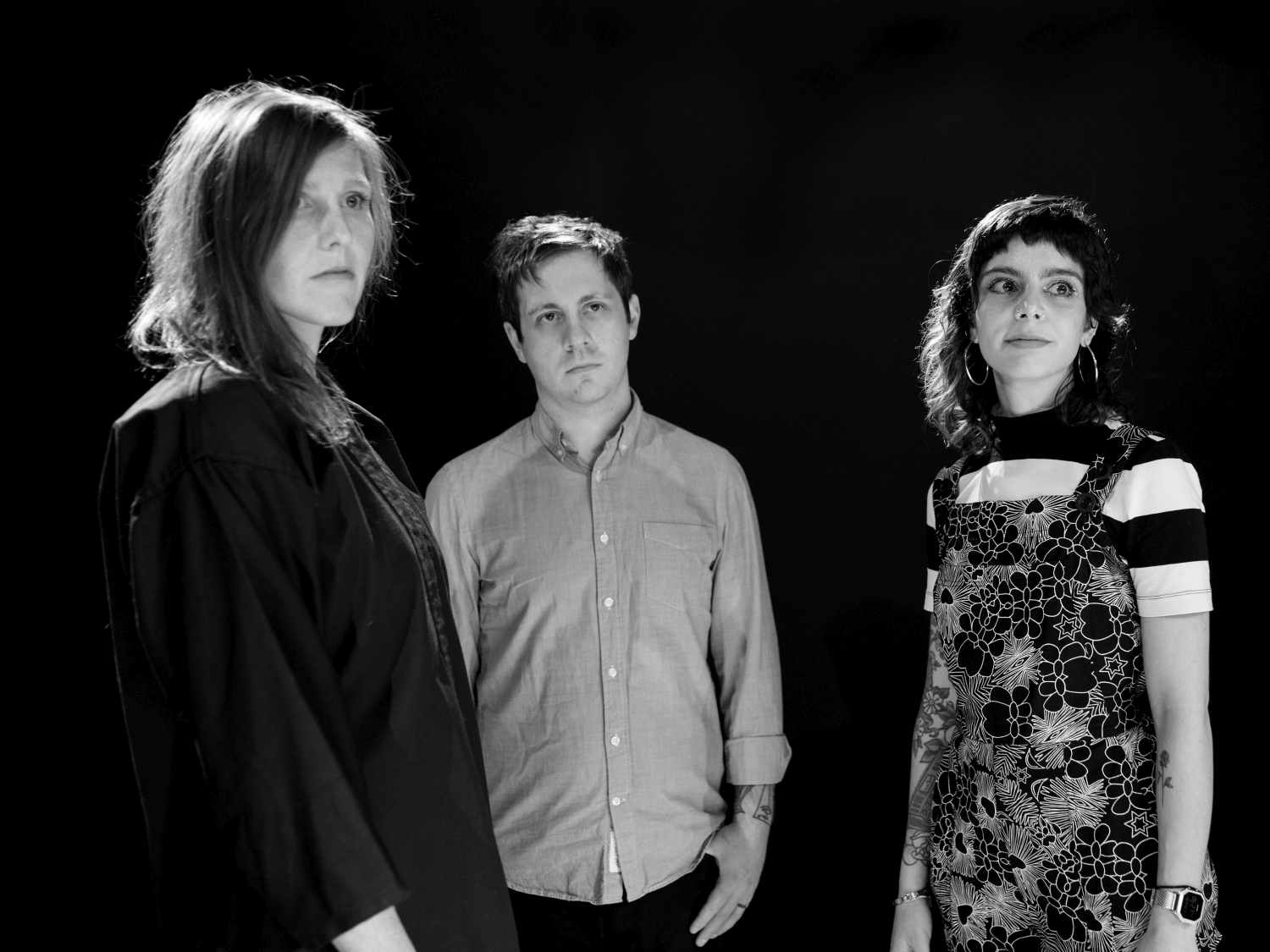 Brett Naucke’s last decade-plus of releases all focus on the musician’s solo synthesizer excursions, collections ranging from prickly modular mania on Multiple Hallucinations and EMS Hallucinations to the ambient textures of Hanging Garden and beyond. Regardless of the stylistic spread, the sounds always boiled out of Naucke’s own process of trial and extensive filtration—distilled cores honed from hours of lab-like experimentation.

On The Mansion,  Naucke’s 2018 LP for Editions Mego offshoot Spectrum Spools, he softly expanded his world with the inclusion of longtime friends and collaborators Natalie Chami (TALsounds) and Whitney Johnson (Matchess) on “The Clocks in the Mansion.” Describing his ambitions for the project as more “elaborate” and tangentially “orchestral,” Naucke sought a greater instrumental force that he knew Chami and Johnson could help him realize.

After the record’s release, Chami and Johnson joined Naucke for the string of shows performing the sum of the Mansion material. “We didn’t play on the record as a band, and the way I wrote it with very unconventional synthesizers and production techniques was kind of impossible to play live,” says Naucke, “so we kind of just re–figured out the whole album live … Everything was firing off really well—the whole thing felt a lot more natural than I kind of expected it to.”

The fluidity of the trio’s music-making led Naucke to reimagine his compositional approach as he brought Chami and Johnson in for his next project, titled Mirror Ensemble after the group’s unofficial name. “I usually just farm a lot of material at once and it’s usually really focused on that project,” he says of the process. “There is a lot of room for improvisation and for things just go totally off the wall, but I’m not used to sitting down and notating things out and writing things in MIDI or doing things that don’t have a totally open-ended [origin].” Mirror Ensemble finds a middle ground between these approaches, combining Naucke’s penchant for in-the-moment-ness and the need for notation.

“Everything was firing off really well—the whole thing felt a lot more natural than I kind of expected it to.”

To achieve this element of collaboration, the musician came to Chami and Johnson with a set of synthesizer-and-MIDI demos and grander, conceptual directions for musical extrapolation. “I wrote all these pieces out for them knowing that they would take them and do their thing with it,” he says. To help guide this collective re-tooling, Naucke brought specific visual and emotional references to the Mirror Ensemble rehearsals, a regular source of inspiration in his creative process. “I’m always super inspired to make work based on a sculpture or a photograph or a film or a time and place that I was at that looked like something. I usually try to make records sound like things look,” he says. “It’s not synthesia; it’s just sort of like, what does looking at a green wall do for you sonically?”

The primary visual influences for Mirror Ensemble came from Andrei Tarkovsky’s 1975 film The Mirror. Naucke notes the specific influence of the film’s lack of music and its stark, surreal imagery; its balance between chilling stillness and natural beauty. The track “A Look That Tells Time” responds to one of the film’s most famous images, where a rural barn burns in the middle of a torrential downpour. “The burning and the rain—it’s unsettling, but it’s also the most calming thing on earth. I just kept thinking about that and being like, ‘What does this sound like?’,” Naucke says. “A Look That Tells Time” replicates a rainfall-like patter, with Johnson’s violin melodies sweeping across the gaps between the scattered synth plinks. In its final minutes, the track falls into hulks of synth chorale-isms, reaching a grandiose quasi-stasis akin to Tarkovsky’s iconic austerity.

“I usually try to make records sound like things look.”

This piece, and others on Mirror Ensemble, flows between its three collaborators via uninterrupted transmissions and transactions. Familiar with the intricacies of his collaborators’ playing styles, Mirror Ensemble allowed Naucke the space to evolve the musical skeletons he created through the full trio’s interpretations. “It’s easier to do with people that are like sisters to you than [with] people you don’t know, [who] you just give it [to] like, ‘Oh I wrote this piece for you, here’s the notation, just play it,’ which seemed insane to me and still seems insane to me,” he says. “It wouldn’t fit with anybody else, I wouldn’t ask anyone else to do it.”

Especially when compared with some of Naucke’s previous, knottier work, Mirror Ensemble possesses a warm sense of comfort brought on by its live-instrumentation origins and collaborative kinship. The auditory sense of peace and naturalism reflects the effect the album’s genial creation process had on Naucke. “This record was inspired by playing music with my sisters and them being completely changing my confidence,” he says. “I can make more elaborate instrumentation … I can kind of do anything with this. That was a very calming feeling.”

Mirror Ensemble is out now through American Dreams; listen and purchase below.