Can You Dig La Peste? Interview with Peter Dayton 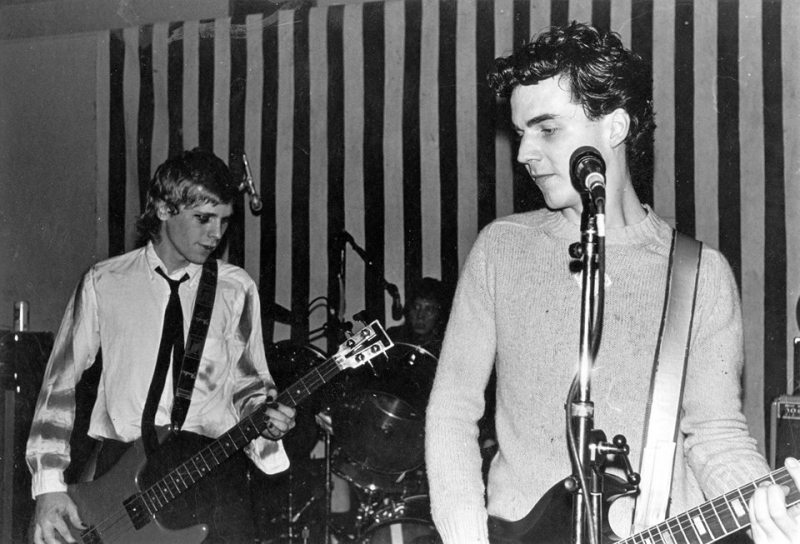 La Peste blasted through the Boston punk scene, left their mark and retired from the field all too early.

La Peste was perhaps one of the most underrated bands from the first wave of punk (1976-82). They blasted through the Boston punk scene, left their mark and retired from the field all too early. During this brief career they released the single “Better Off Dead” (b/w “Black”). Though the single has been long out of print, making it a rarity, it is being given new life. On April 19 this single was rereleased on 7” vinyl by Wharf Cat Records and yours truly wasted little time getting his hands on it. The number “Better Off Dead” is well worth any rock n’ roll fan’s attention, as it is a perfect example of the raw energy that punk unleashed on the unsuspecting world in the 1970s.

In addition to checking out this sweet single, SLUG has been given the opportunity to chat with La Peste frontman Peter Dayton. We chatted about punk, Albert Camus and of course, La Peste. Now dig this.

SLUG: When you started La Peste, what initially attracted you to playing punk?
La Peste: La Peste was an art school band formed by myself and two friends I met in the rooming house I was living in in Boston during my first year of art school. This took time to germinate for a number of reasons. I saw The Ramones at CBGB in 1975, before their first album came out. I loved the energy—it was anarchy by guitar, a Mosrite through a Marshall. I knew when I left that show I would start a band. I played a cassette tape of their show to my friends Mark Karl and Roger Tripp. They didn’t quite understand what I felt at that moment, but before long, we decided to start a band. This was in 1976 and by early ’77, we were practicing every day. None of us had ever played our respective instruments before so it was a long time for any of it to make sense. That was the punk rock message: “Just do it.”

SLUG: Can you explain how Albert Camus’ novel The Plague influenced the creation of La Peste?
La Peste: I had spent a year living in France when I was 16 and was very influenced by existentialism and was drawn to the novel La Peste by Albert Camus, about the Black Death that decimated the population of Europe starting in 1347. So I called the band La Peste from the get go. I felt it had energy about mortality that we could build on artistically.

SLUG: What’s the story behind the creation of “Better Off Dead”?
La Peste: The record “Better Off Dead” was/is the greatest and most important thing I have ever done artistically and am very proud of it. I just wish we had had more guidance and money to record an album at the exact time we recorded “Better Off Dead.” We were ready then and the producer, who we didn’t even know, was perfect because he just recorded everything just as it was being played live in the studio with very few overdubs. We did that record in a few hours. The later recordings we did were produced and cleaned up a bit. Remember at that time there was never any hope of any of this to get any commercial radio play.

SLUG: Why lead you to leave La Peste in 1979?
La Peste: I left the band abruptly in a kind of psychotic state in late 1979. It wasn’t a great time for me—sort of a Syd Barrett moment if you will. I thought it would kill me if I kept going. I was totally wasted and spent. I look back and don’t feel good about it, but it got very, very intense. I had created something with Roger and Mark that I felt I couldn’t sustain. So I quit.

SLUG: There has been a lot of collaboration behind the rerelease of the “Better off Dead” single. Roger Miller (Mission of Burma) has participated, among others. What’s so significant about this rerelease?
La Peste: La Peste was loved in Boston and we were leaders of a whole new movement in music and this record was very important in terms of what could have been. We were ahead of our time in that our music was a hybrid of heavy metal and pop. It was nasty but catchy and had a slight tongue in cheek element too. The hardcore movement that followed had none of that and was a big disappointment for me.

SLUG: Would there be any chance of reforming La Peste in light of the rerelease of the single?
La Peste: La Peste will never re-form as the drummer Roger Tripp is no longer with us, sadly. I have always felt rock n’ roll doesn’t work visually when one passes a certain age. It’s all about hormones and adolescent rage—something we excelled at.