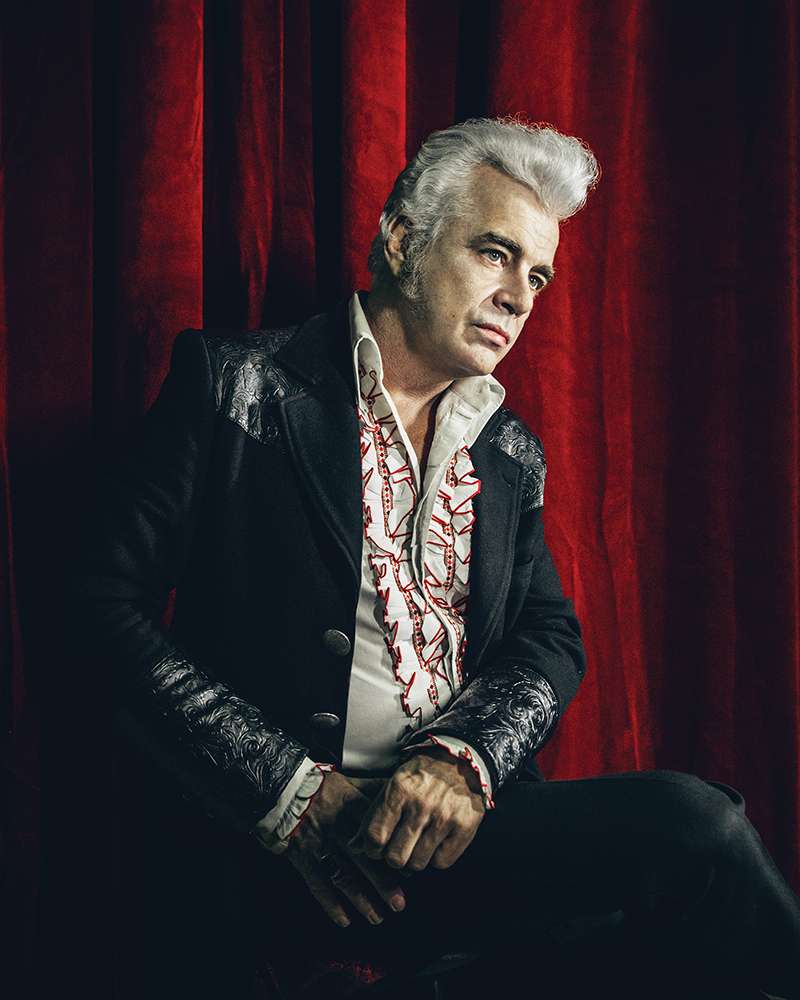 When it comes to country music, a divide has existed, one that has only widened and worsened over time. On one side, there’s a crossover-driven, radio-airplay juggernaut—commercially successful and seemingly shallow. The other side is a traditionalist, root-driven music, more focused on being happy with what they do than how many people they sell it to.

Standing firmly on the traditionalist side, Dale Watson has been making his brand of music for over 25 years. As his distaste for what was passing for mainstream country music grew, he could no longer see the connection in what he knew in his heart to be true and honest music. Within the last few years, Watson reached his breaking point with the country music establishment and has decided to officially break away. By claiming an entire genre with a new name, “Ameripolitan,” he’s planted a flag firmly in the ground for those who still believe that this music shouldn’t leave behind its origins.

“When people ask me what kind of music I play, I never say country music anymore,” says Watson. “I was just in an airport this morning, and I told a guy I was a musician, and he asked, ‘What kind of music do you play?’ I said, ‘Ameripolitan.’ He goes, ‘What’s that?’ I told him, ‘Well, you’d know it if you heard it.’”

Basically, Ameripolitan breaks down into four subgenres: honky tonk such as George Jones and Hank Williams, outlaw country like Waylon Jennings, rockabilly like Carl Perkins and Western swing like Bob Wills. And with that, there is an overall attitude that the truth in the music is the most important thing.

“Everything I’d call Ameripolitan has influenced me over the years,” says Watson, “and while some of my records lean hard one way—like my newest, Call Me Insane, is very honky tonk—but then I’ve also done stuff like Sun Sessions, which is very rockabilly, so I like to do it all.”

Watson’s passion is infectious, and while many share his opinions, never before had anyone tried to consolidate it all into one voice that would claim back a musical heritage in a way that would make it solely theirs again. He began by planning a festival-style event that contained an award show that would showcase and honor the very best this music had to offer. “The artists love the award show because they feel like they have found a home, and they are able to appreciate each other, and the best thing to come out of doing the show is the younger generation and how they want to be part of it,” he says. “I would have never known how many people across the globe that have passion for this music and are a part of this now.”

It was to that end that Watson started his own small imprint, Ameripolitan Records, his chance to connect with all these younger artists coming out of the woodwork to be a part of what he started.

“The record company is just something I put together to help those Ameripolitan artists that are just starting out,” says Watson. “It’ll probably just be an EP-only label, but there are so many great talents out there that will get passed by because nobody can figure out how to make money off it immediately, and they aren’t willing to give them a try.”

Obviously, Watson’s contempt for what the establishment of country music has become is not a quiet one. While he’s trying to keep the spirit of the music he loves and creates alive, his opinions about where things went wrong are clear.

“Somewhere along the line, country music became ashamed of itself, and they started looking for mass appeal,” he says. “Around 1977, these money guys came in and started pushing making music from your wallet instead of from your heart. Artists always wanted to make money, but it was less blatant. It’s all about money now, and it’s just souless.” To Watson, being anything but genuine is not an option with what he used to call country music and now proudly calls Ameripolitan. To him, any amount of artifice or dishonesty simply has no place in this music.

“This music is very audibly honest,” says Watson, “and you can’t deny that when it’s not manufactured. Even something that’s more mainstream can still have those qualities, but there’s something that feels like it’s one-on-one, and when it clicks, it becomes very personal for both the listener and the artist. For me, when I write a song, it comes from me, and even if it’s something as simple as having a flat tire, I use that, and it reaches people because they can relate to it.”

The best description I can give of Dale Watson is sincere. More than anything, he wants to see the purity preserved as much as possible in the music that he loves. See Dale Watson live at The State Room Oct. 14.