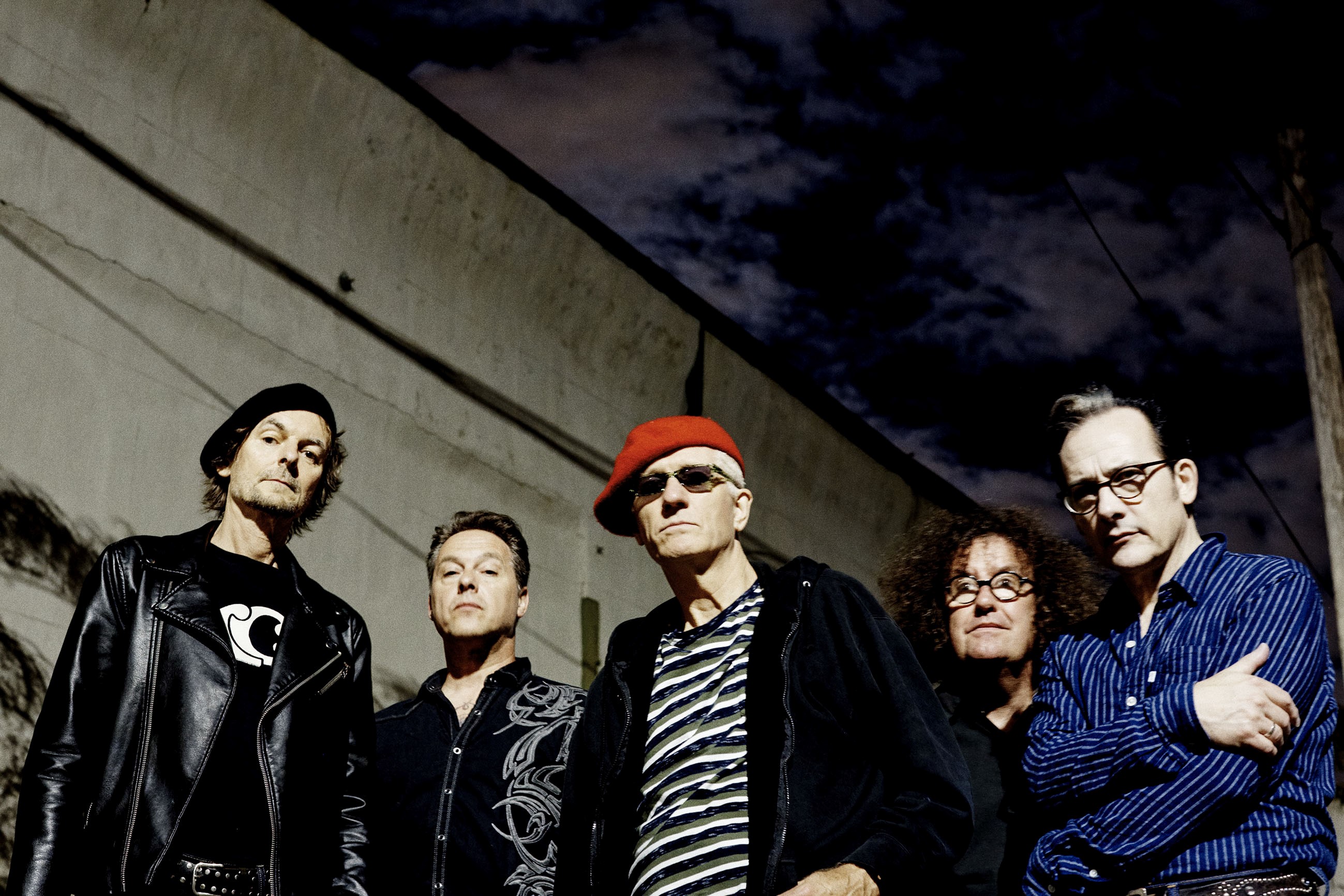 Damned, If You Do: An interview with The Damned’s Captain Sensible

When it comes to legendary punk rock bands, there’s all the Hot Topic t-shirt names we all know. But when we’re talking about a band that was original and underived, The Damned are truly deserving of legendary status. They never sounded like anyone else. They put out a punk record before the Sex Pistols. When punk dried up, they’d already evolved to include goth rock and other influences and most recently they bypassed the traditional route of releasing a record and turned to their fans to assist in getting the record funded.

With this celebrated band making a fairly rare stop in Salt Lake, right before Halloween of all things, I had to jump at the chance to ask Damned guitarist, Captain Sensible, some questions!

SLUG: Your new record came out earlier this year, what was the experience like of making the 11th record?
Captain Sensible: After a 10-year gap it was like making a first album. We had to learn everything all over again—writing songs, too. Being older means you’ve digested vast amounts of music during your lifetime, so you wonder if your new idea is something you’re subconsciously rehashing. Working in a studio with the guys is amazing, the drummer Pinch always nails it, Paul Gray is the punk generation’s best bassist by far, Dave (Vanian) still has his golden voice (which occasionally veers into Dean Martin territory) and Monty is a completely unpredictable, free jazzer at heart. When the headphones go on, you never know what you’re going to get.

SLUG: You crowdfunded the record through Pledge Music. How did that come about?
CS: I’d no idea what Pledge was till the Buzzcocks told us how it allowed you to make the album YOU want to make, without a record label bloke watching over your shoulder.

The 80s might’ve run off with the money never to be seen again or got drunk and wrecked the studio. We got thrown out of a few for those sort of capers. Not this time though being considerably older and possibly even a little wiser. We didn’t want to make an album that didn’t match the others for quality and you need funds to pay for posh studios. Without Pledge it wouldn’t have happened and we gotta thanks the fans for that. And for trusting us to not run off with the cash!

SLUG: Was this your first time working with producer Tony Visconti?
CS: He was well aware of us and wondered why we’d never asked him before, which made us laugh. Having Tony produce made sense on every level. We wanted to avoid the modern trend for maximizing, quantizing, correcting, auto-tuning—basically cheating in the studio, courtesy of those insidious Pro Tools plug ins. We preferred to bash it out in a room together as a band, blasting out each track until it got Tony’s nod of approval. Although a decent bloke, he could be pretty tough—especially on the vocals. Well, he has worked with Bowie and Bolan, I guess.

I was particularly impressed by the way Tony wanted the emotion of the lyrics to be featured, so in “Sonar Deceit,” when there was a line about whales throwing themselves onto beaches to escape, what could it be? Anyway, he had Dave (Vanian) reflect the anger of that lyric. It was a great moment. We recorded it old-school style, all together in a room on top of each other with the amps cranked up. There’s is a grungy, garage vibe to it but the melodies soar over it all nicely.

SLUG: Do you still think of the band as a punk rock band, or has that changed for you?
CS: Yes, but The Damned have always seen themselves as mavericks. We pride ourselves on doing the unexpected. The first rule of punk should be that there are no rules. Who wants everyone sounding and looking the same? I still hate that arrogant, swaggering rock star attitude. It annoys me when I see so-called-punk bands behaving like that. You’re the same as the audience, not some daft rock gods or whatever.

I love to travel by public transport. It’s kinda my hobby—urban transportation. The first thing I do is get a day pass—wherever I am—and buzz around on the buses and trains. Nobody recognizes me without the hat and shades.

SLUG: While other early punk bands seemed to be reacting to their surroundings, you guys seemed to have a different direction in mind, where by Machine Gun Etiquette, you’ve completely broken the mold of the punk band and moved on and would continue to. Where did that motivation to evolve come from?
CS: We like each album to have its own sound, never repeating ourselves, if possible. That’d be too boring. We all bring our influences to the table. I love the dark melancholy of Rachmaninov. The melodies ooze sadness. It’s all fairly heroic stuff. there’s also Olivier Messiaen, Soft Machine, John Barry, Pink Fairies, Scott Walker, Krautrock—all sorts in there. Plus, Pinch adds his knowledge of newer thrash-punk bands. Mix it all up and there you go.

SLUG: Where has your music gone that you would have never expected?
CS: On a Batman movie—Batman Forever—where Robin steals the bat-mobile and drives around the rough part of town, they’re playing Offsprings version of “Smash It Up.” I was in a cinema watching that and burst out laughing when that happened. People in the theater must’ve thought I was nuts.

SLUG: Has someone covered a song of yours that you particularly like or dislike?
CS: We love everyone, and even if we don’t, we’d take the money anyway. Please feel free to cover a song Elton, Bruce, Paul, etc.

SLUG: What other artists out there do you feel are your peers?
CS: We love the UK Subs, the Dickies, PIL, the Buzzcocks, GBH … all the touring bands where looking back, the whole thing is just one big blur of sound check, dressing room and gig. When we do festivals, It’s funny chatting to them … “do you remember that show”… “er, not really.”

SLUG: Is there any other bands or artists that could ever relate to the career you’ve had?
CS: I’m not sure newer bands would want to carry on for 40 plus years. It’s not good for your hearing, apart from your sanity. A LOT of our mates are not with us any more so let’s face it—rock n’ roll isn’t exactly good for your health.

SLUG: What outside of music inspires you?
CS: Mrs. Sensible and I are foodies, when we travel we like to eat local foods in the kinda restaurants where tourists have never set foot. Forbidding looking places where it goes quiet when we walk in. That’s our idea of fun.

SLUG: How do you celebrate Halloween?
CS: Halloween shows are always great, especially in the US. It’s an opportunity for the audience to really upstage the band, and they quite often do.

When The Damned started punk rock was barely an idea, and they took that idea in directions no one had even considered before. It’s not every day that you get a chance to see a band that truly changed the coarse of music. Go see a show you’ll brag to your grandkids about one day, and catch The Damned at The Depot, Friday Oct. 26.