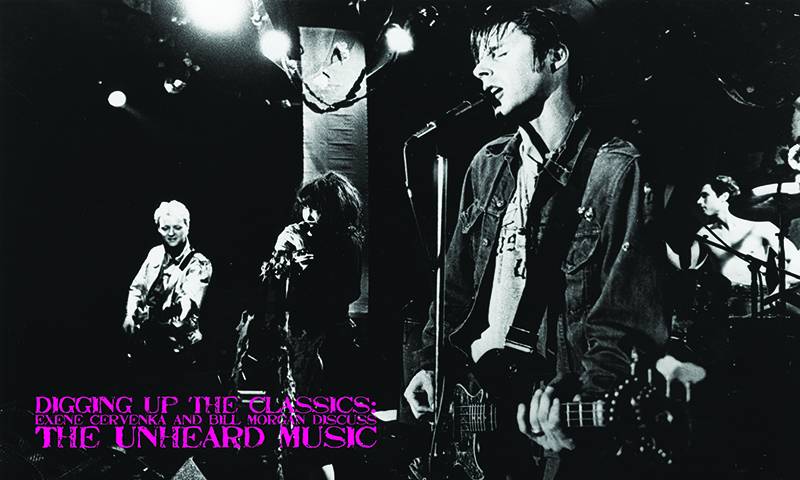 Digging up the Classics: Exene Cervenka and Bill Morgan discuss The Unheard Music

The early 1980s was an interesting yet often overlooked time period in music. The bands that came out of the era of 80s punk rock are some of my favorites, and they seem to be rediscovered regularly by every generation. The resurgence of older bands in the last few years has been amazing. In 1980, Bill Morgan and his partners at Angel City Productions began filming their documentary about X called The Unheard Music. “We were a little skeptical at first, because with the The Decline of Western Civilization no one got paid or got any royalties, but they were really good about letting us know that we’d be paid upfront,” Exene Cervenka, lead singer of X said. This year, over two decades after the film was created and was unavailable for much of that time, it will show at the Sundance Film Festival as part of the Sundance Collection.

Although filming began in 1980, the film wasn’t completed or released until 1985 due to the shoe-string budget. “We had to beg, borrow steal and get whatever favors we could from people,” Morgan said. The small crew used a film school’s animation department after hours to animate sections of their movie, “tested” cameras for free over the weekends to shoot their footage and were constantly running out of money. “I thought it was a great experience for all of us to learn film from the ground up. We did all of our own single-frame animation because we couldn’t afford to hire anyone,” Morgan said. “That was kind of the punk DIY ethos. It was a lot of fun, and a large chunk of our lives was taken up by it.” As a result of the long production time, the film turned out to be a very different animal than it might have been. “The film kept evolving, which in retrospect was very cool. It would have been a very different film if we had been able to get it all done when we had first started,” said Morgan.

While creating The Unheard Music, Morgan avoided stereotypical documentary techniques. Instead of having close-up shots of band members being asked questions and answering them, Morgan used methods like mixing in visuals with X’s live performances, before MTV was doing it. He let X’s music and the members speak for themselves. Exene agreed that the result was a touching one that “really let people know who we are.”

The current live music scene looks like a barren wasteland compared to the one depicted in the film. “Touring is becoming kind of archaic. I enjoy it and will probably always do some kind of personal appearances in my life, but I think that you can reach more people on the Internet than you can touring, which is really bizarre,” Exene said. She went on to explain how she missed the days when live music was a big deal and how vital it was to go and see bands. “I think that people don’t trust their ears anymore; they don’t know what they like,” Exene said. “People used to come to sound check when we toured just to see what we looked like. They’d never seen a picture of us or a video; they only owned the record. I think that the overexposure now is kind of sad because it doesn’t let people self-discover anything.”

The recent resurgence of the old 80s punk bands seems to indicate that there may be a glimmer of hope for the music industry and both Exene and Morgan only see the film’s enhanced availability leading to good things. “I’m hoping that people rediscover that period [of music] through this film,” Morgan said, “The influence is so pervasive in so many ways that people don’t even realize in our society. I’m hoping people will look back to the original sources. Sort of like when you had early white rock n’ roll stars, people rediscovered some of the early black rhythm and blues that really spawned rock n’ roll. I feel the same way here; I hope people go back to some of the early punk bands and see how great they were.”

X and 80s punk in general wouldn’t have made such an amazing comeback if there wasn’t something vital in the music. “The songs are too good to let go of,” Exene told me of X’s music. “I still want to sing those songs.” I’m sure that generations of X fans to come will want to hear them, too.

The Unheard Music will be screened at Tower Theatre on Fri. Jan. 19 at 6pm and at The Egyptian Theatre in Park City on Fri. Jan. 26 at 6pm.