00:00 / 20:24
Spotify Stitcher
RSS Feed
Share
Link
Embed
Amid the fun of year-end lists, it’s easy to get lost in the press. In an effort to give voice to some undeservedly unsung releases, this feature highlights 11 great albums from across the experimental underground.

11 Great Experimental Albums That You Might’ve Missed in 2018

Amid the fun of year-end lists, it’s easy to get lost in the press. There’s a frustratingly homogenous appearance to a lot of publications’ picks for top releases, as time and again, albums backed by big-budget PR teams and well-known labels control the conversation. In an effort to give voice to some undeservedly unsung releases, this feature highlights 11 great albums from across the experimental underground. Admittedly, the alphabetical list presented here barely delves into the wealth of material that each artist, label and style delivers, but such is the unique advantage of independent music: Once you open the box, an endless stream of wicked pleasures pours out. 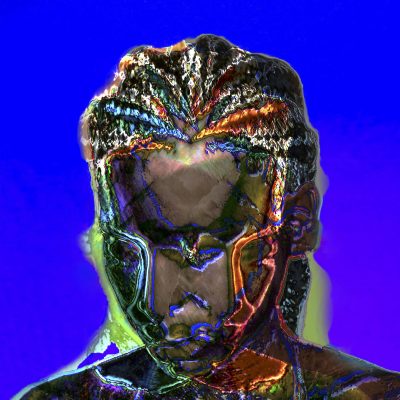 While Soraya Lutangu’s new Bonaventure EP doesn’t have the same collage-style oddity found on last year’s FREE LUTANGU, the synthesizers and angular percussion on Mentor are more than a welcome replacement. Even with Lutangu’s increased abstraction, the radical politics that made her music so vital haven’t vanished. Militant snare patterns and breathy vocal samples give the music urgency, while features from Debbie Friday and Hannah Black bring the release closer to tangibility. “Both apocalypse and utopia are already here,” Black robotically repeats atop a futurist mix of ceremonial percussion and digital harmonization on “Both.” The proclamation, that we’re already living through what we hoped was far off, occupies ever corner of these anxious, energizing sounds. Positioned directly in between the club, the rally and outer space, Mentor is a fantastic leap forward for Lutangu. Hopefully, it’s also a signal of a long, fruitful career to come. 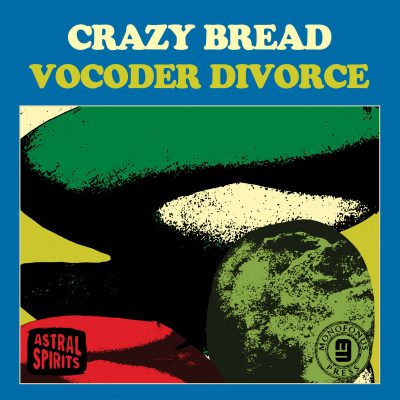 Of the numerous projects that Ryley Walker (Deafman Glance, The Lilywhite Sessions, a collaboration with Running) and Maxwell Allison (Good Willsmith, Mukqs, Pepper Mill Rondo) released this year, their collaborative improv tape as Crazy Bread is easily one of the more deranged. Vocoder Divorce offers five tracks of mangled electronics and electric guitar, and while the barrage of conflicting styles and ideas don’t always match up, the absurd illogic of the clashes defines this rewarding listen. Extended guitar techniques, chopped-up hard rock riffs, breezy ambient excursions—there seems to be no limit to Walker and Allison’s creative wanderings. It’s a wonder in itself that two minds alone could make the madness of Crazy Bread, saying nothing of the fact that the album represents only a slice of the duo’s constantly expanding output. 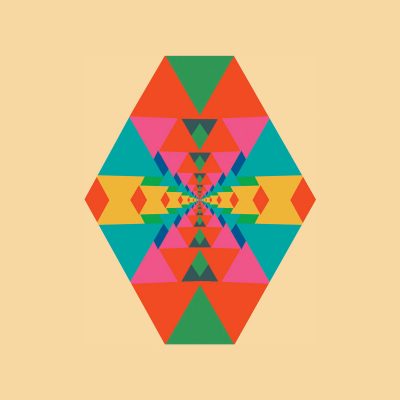 Released alongside tapes from Brett Naucke and Dominic Coppola in Unifactor’s fifth batch, Forest Management’s Rotating Angle is a standout in its sparsity and clarity. Each track is barely present, consisting mostly of single blocks of synthesizers that shift in the subtlest, nearly imperceptible ways. John Daniel foregrounded the background and buried the melodies in order promote an atmosphere of room-filling bliss. Each sound is wholly complete, never ceding to anything other than holistic harmony. Picking one track over another is somewhat moot, as the music is more about cycles and stasis than it is single moments or progressions. Turn the album on loop and let the sounds hang in the air, repeating over the hours without ever growing stale. 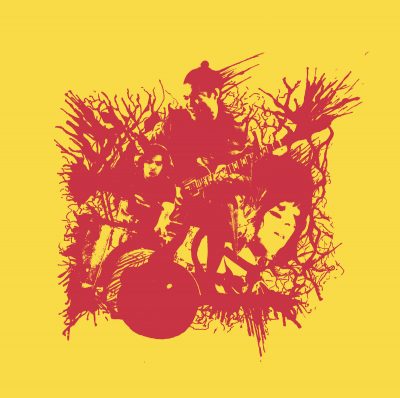 Following 2017’s full-album cover of A Love Supreme, Grex’s return to original material resulted in a near hour-long thrill-ride of a record. In the vein of Zorn, Frith, etc., the duo of M. Rei Scampavia and Karl A.D. Evangelista take the sounds of jazz, punk, rock and funk and explode them into a gleefully absurd menagerie. Unlike Henry Cow or Naked City, however, Grex hold onto a more sustainable pop sensibility. Amid the odd time shifts, extended solos and unpredictable structures, there are sticky melodies and often gorgeous songs. Especially when Scampavia takes lead vocal duties, as on standouts “TM26” and “Round Trip,” the pull of catchiness is undeniable. This is not to disregard the album’s sustained abandon. The start-stop opening of “Mal & Luma” and the skronking intro and outro of “Mango Mango” lay out the experimental tendencies of the band, but the true greatness comes in how seamlessly Grex slide between their far-off poles. 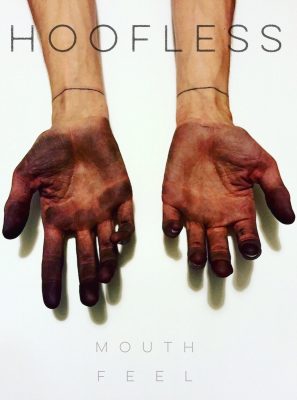 At long last, Hoofless released a record. After years of cultivating their incredible live show, the trio of David Payne, Halee Jean and Michael Nebeker finally tracked four of their songs and assembled them into a cohesive, emotionally-stunning whole. While the in-the-moment bombast and catharsis of a live Hoofless show can never truly make it onto a recording, Mouth Feel presents a different approach to the group’s sound. The playing was more reserved, the counterpoint swifter and the vocals clearer—it was all the extraneous additions stripped away, leaving only the core compositions. More than anything, this revealed the beautiful songs at the core of Hoofless’ music. Despite the often noisy extremes their music can reach, it all stems from melody and feeling. 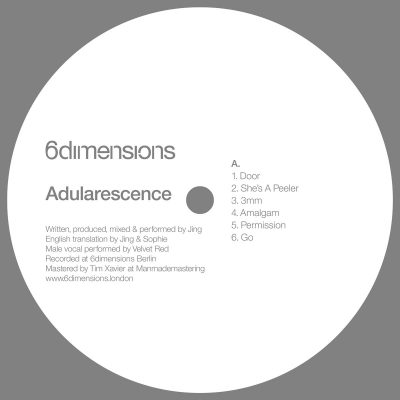 The narrative of Jing’s newest album comes fully into focus during the “3mm” skit: A pitch-shifted voice bargains for its life, asking “is flesh currency?” against tinny walls of noise. One of many spoken-word interludes throughout Adularescence, these surreal, dark texts highlight the album’s conflict between organicism and stark chrome sheen. “I was a human without half of his body,” the voice later shouts between the spacious drum clatter of “Go” and the slinking synths on “Meaning of he Pupil.” Jing’s limited set of sounds favored smooth timbres and crisp production, giving the album a passive, almost listless vibe. Contrast this with the constant unrest of the compositions and Jing’s penchant for fractured melodies, and you have one of the most unnerving and captivating releases of the year. 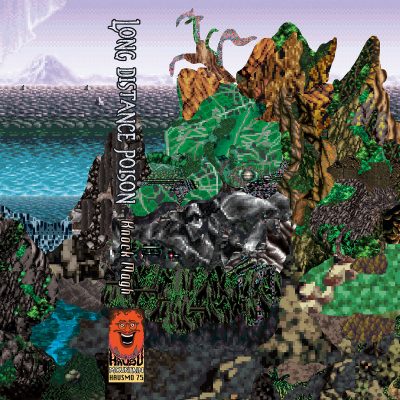 In this midst of a banner year for Hausu Mountain, the label released Knock Magh, a heady collection of zonked-out synthesizer jams from Nathan Cearley and Erica Bradbury. “Crop Circle K” is kosmische at its finest, “Qllow” a dreamy, spaced-out ambient track. It’s the side-long closer, “Ooch Nuch,” though, that solidified the album’s greatness. It’s a noisier, more intricately layered composition, but the album’s defining sci-fi goofiness is still present. If anything, the combination of white noise, analog synthesizer beeps and a general disregard of form makes it feel all the more alien. Knock Magh may not be the wackiest Hausu Mountain release this year—look towards Fire-Toolz or Dustin Wong for that—but it’s one of the subtlest, sliest and strongest. 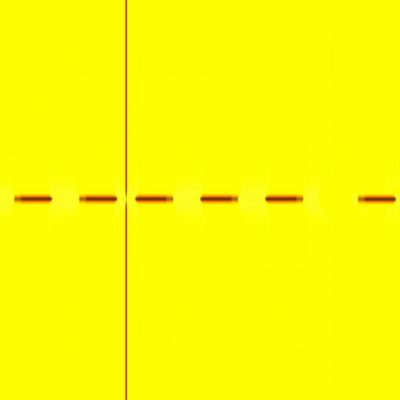 Backscatter is a complete one-eighty from Aghiani’s work as one half of 9T Antiope. The duo’s watery, string-laden chamber pop is replaced by two sides of colorful noise, but the intense attention to contrast and mixing gives the music a vibrancy reminiscent of Antiope’s swelling songs. Instead of delivering walls of barely distinguishable harsh static, Aghiani explores every combination and iteration of typically nonmusical sounds. “Surface A,” the more chaotic of the two, flits between sections of onslaught and respite, the final few minutes offering the eeriest, most tense drones here. “Surface B” is more of an exercise in patience and hesitance, going so far as to include the carcass of a high-pitched melody in the track’s middle section. Aghiani—and by association 9T Antiope, are a shining example of Iran’s stunning electronic scene, the likes of which are receiving due documentation through compilations like Girih. 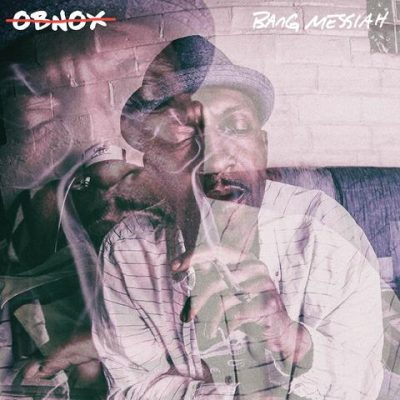 Lamont Thomas’s Templo Del Sonido is one of the musician’s most ambitious and out-there Obnox releases yet, but Bang Messiah is its unpredictably accessible foil—a trait which only highlights the endless well of wide-reaching ideas in Thomas’s arsenal. Huge, chunky riffs and Parliament-style group vocals mix with a fuck-it-all punk aesthetic that gives the half-hour album an unstoppable vivaciousness. Few rock songs this year dug as deep as “I Hate Everything” or “Enter the Hater,” few got as strange as “Baby Godmother” or “Off Ya Ass.” Thomas’ voice was as versatile as ever, moving between deep, raspy flows and nasally melodic runs seemingly at will. While the construction and sequencing of the brief album feels rushed and scattered, it’s more because of its legitimately manic origins than because of an artistic misstep. 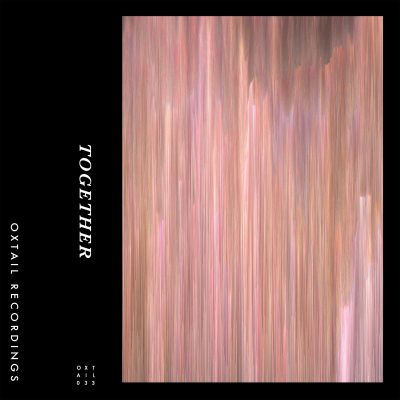 One of multiple releases to assemble a massive horde of artists for a charity compilation, Together is one of the biggest and best. Across 28 tracks and roughly two-and-a-half hours, artists from Oxtail and co. come together for a double cassette to benefit the survivors of the violence in Charlottesville that—not coincidentally—contains some of the most wide-ranging and successful electronic music of the year. The magnitude of the compilation only strengthens the untethered approach with which the label regularly approaches music. Airy ambient techno on Ellen O’s “Interlude,” anarchist sound collage on Winterweeds’ “used w.o. permission;” slow, fat beats on Andreas Brandal’s “Soft Doctrine,” atonal harp solos on Matthew D. Gantt’s “Elegy.” Picking it all apart takes time and patience, but each step of the road is as rewarding as the last. 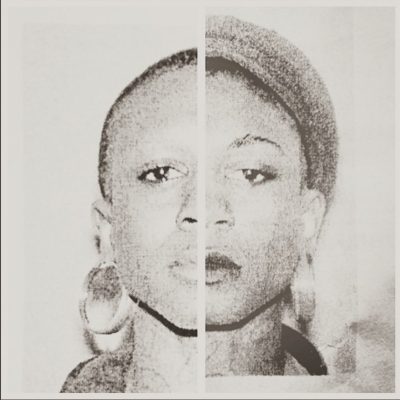 Tieraney Carter has embarked on a uniquely thrilling musical trajectory across the decade. The goofy synths and confessional lyrics of 2013’s Keep It In, Keep It Out barely set the stage for her latest, “I Am Invisible”, an unprecedented advance in narrative scope and musical intentionality. Carter’s a cappella vocals littered throughout the album lay bare the album’s themes on personhood and identity, and her characteristically lopsided synthesizers took on a darker, more intricate style. The two-part “A Debt” is one of the most memorable moments in Carter’s discography, the first half a series of undulating stanza over breathy flutes and the second a knotty keyboard coda. Closer “As If” uses MIDI guitars and layered vocals to develop something near a pop song before dissembling into an avant-garde electronic choral. Music this delicately balanced takes courage and a careful compositional hand, two qualities Carter has showcased in excess on “I Am Invisible.”