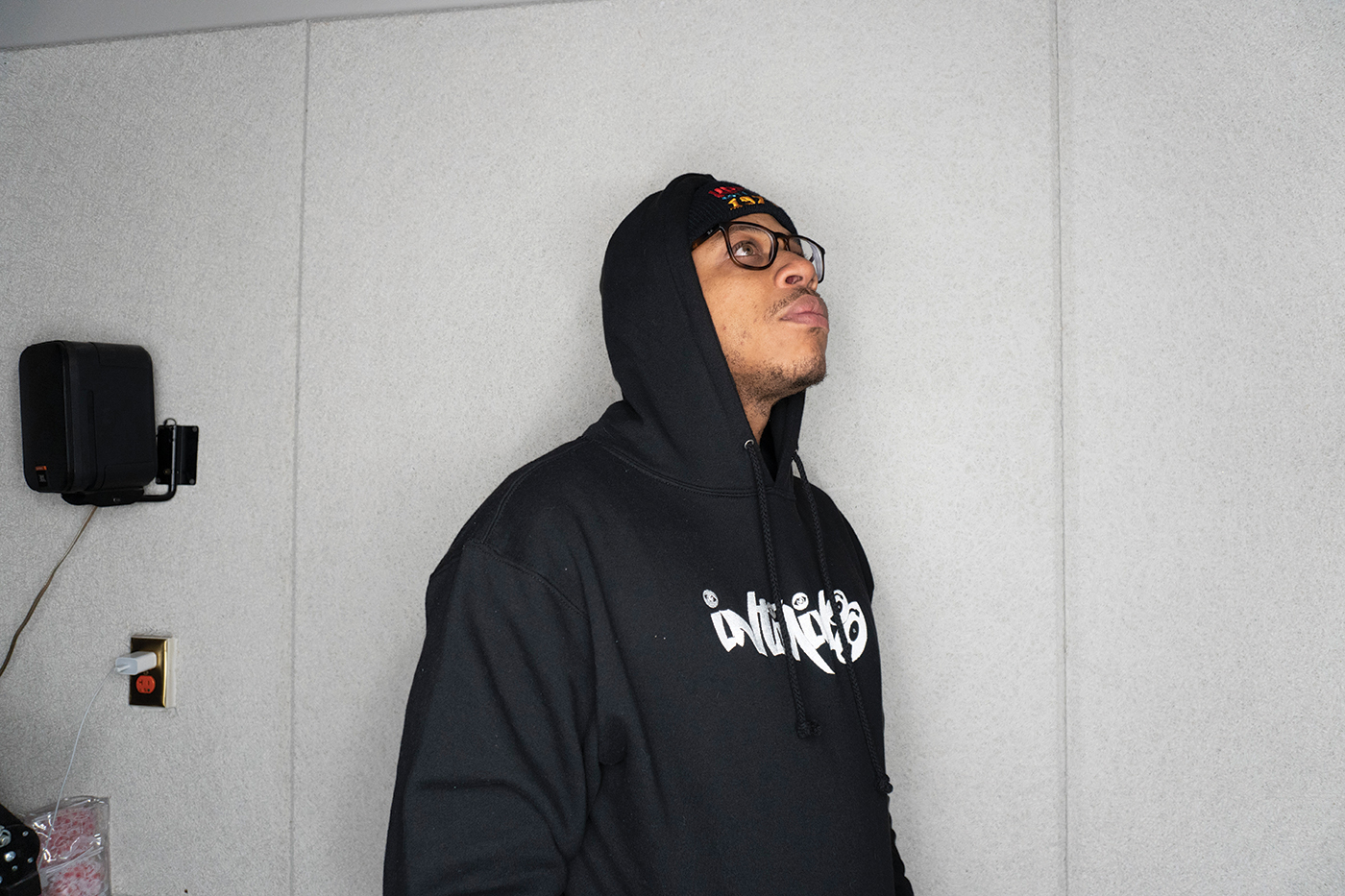 Whether he’s hosting 90.9FM KRCL’s “Friday Night Fallout” or mentoring youth in our community, Keith McDonald is always working to make the world better. McDonald is a service-oriented individual and incorporates that into everything he does. He works to amplify hip-hop culture at KRCL, does what he can to support his students at Salt Lake Community College and works to create safe spaces for young people to learn and grow at his nonprofit, the Carlos Antonio Fisher Foundation. For McDonald, it’s important to see others doing good because, hopefully, it will inspire others to do the same.

McDonald, along with co-host Nate Chacon, are the most recent in a long line of hosts of “Friday Night Fallout,” Utah’s longest-running hip-hop radio show. At a local station, McDonald feels responsible for amplifying underrepresented voices. They play local musicians and uplift artists who normally wouldn’t have the opportunity to get much airtime. “If an artist gives us a song that sounds good … then we pretty much run with it,” McDonald says. “We wouldn’t do that with national artists, but we definitely do that with Salt Lake City artists. I think that’s the main driving point behind the show because we get our funds from the community, so I think it’s our obligation, then, to support the community.”

McDonald says that while hip-hop, as a Black art form, can create change in communities, institutional obstacles in the music industry prevent people from under-resourced communities from having an impact. Through “Friday Night Fallout,” McDonald says they’re able to give local artists promotion for music that may not market well at large labels and practice building artists’ interview skills. Hip-hop often becomes a “patsy” for negative press, creating a perception that the community is violent. This is a misconception, however, based on how hip-hop is commercialized. McDonald also hopes his community work will help alleviate those harsh circumstances in the first place. “It’s our obligation to make things better for young people so they have better things to make their art about,” McDonald says. “Because their art is going to reflect what they see [and] experience.”

“I think it’s our obligation, then, to support the community.”

McDonald also collaborates with Uprok and The HERC to create youth programming like park clean-ups and seminars. McDonald connected with the Uprok when he was learning to DJ and they’d let him practice on their turntables. After a while, McDonald decided to start holding events at Uprok, and they supported him all the way. It started as one back-to-school drive and became an annual event.

This work evolved into the Carlos Antonio Fisher Foundation, which McDonald founded and has been running for seven years. The foundation works to provide youth programming for local businesses and organizations. “I’ve found that places like Uprok … wanted ways to help young people, but they didn’t have the way to get it to them conveniently,” McDonald says. “If you had a business and you wanted to teach kids about financial literacy, I would take a group of kids to your business. Or you, like Uprok, had a paint shop and you wanted to get the word out to young people about a safe and fun place where you can come in and paint walls, I would take you to that place.”

The foundation—also called the  Community Action and Fellowship Foundation—is named after McDonald’s younger brother, who passed away at 19. McDonald credits his brother with much of his motivation to do this community work, which is why the foundation is in his name.“When he passed, it really changed me as a person,” McDonald says. “I really had to think a lot about the things I was doing. … If I would’ve been focused on the right things … maybe he would have been focused on the right things. If my brother had the opportunity to see me, [I’d] want him to be proud of me.”

“If my brother had the opportunity to see me, [I’d] want him to be proud of me.”

The pandemic has prevented McDonald from programming his regular events, but he hopes to get things back up and running soon. Meanwhile, McDonald took his foundation to a more personal level, mentoring young men one-on-one. On top of everything, McDonald tutors English students at SLCC and is going back to school himself to get his Master’s Degree in writing and rhetoric from the University of Utah.

With all McDonald puts in, his primary hope is to make a positive impact. “I don’t expect a medal,” McDonald says. “My goal is to have somebody tell my daughter what I did … I want it, somewhere, down the line, to be something that boosts my daughter’s self-esteem and makes her prouder of who she is.”

The work McDonald puts in is taxing, he says, but it’s necessary to create change. As far as our roles as a community, he thinks people need to take superficial ideas of diversity and put action behind it, especially with hip-hop culture. “I encourage everybody who wants to learn about hip-hop culture to learn about African American culture, to find an elder to talk to, to read, read, read, read and read some more,” McDonald says. The work may be scary, but that means things are moving in the right direction. McDonald says, “Good change doesn’t happen until you get a little bit scared and uncomfortable.”

You can catch “Friday Night Fallout” every Friday from 10:30 p.m.–1 a.m. on KRCL, and to connect with McDonald’s foundation, email keith.mcdonald@utah.edu.