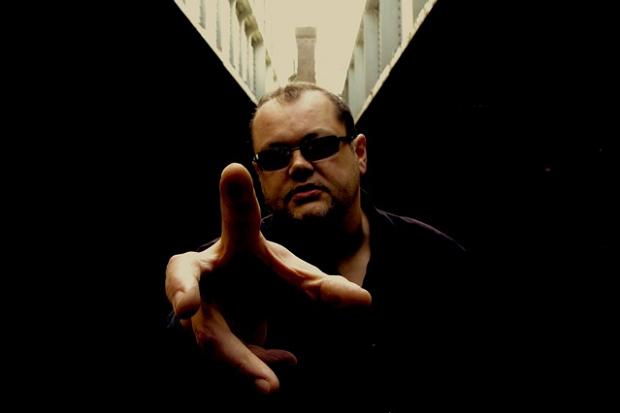 Across the drink and through the countryside, British native Grant Nelson can not only claim his rightful place as a patriarch of the house community, but this award-winning international DJ/producer has flourished along with wife (Kate Ross) as co-owners of the10-year-old house music label, Swing City. In a SLUG exclusive interview, you decide: proper Brit or Brad Pitt double?

SLUG: Why did you start your career and why?

GN: I wanted to be an actor, but I have always had an unhealthy obsession with music.

Born a true MacGyver, as a child Mr. Nelson (much to his mum’s horror) spent restless hours rigging his parents’ stereo systems together to make cassette (reel-to-reel) tape edits of other people’s records; thus, Mr. Nelson’s first DJ extravaganza experience. Having formed his first band by 14 and received pay for DJ-nig at 15, this funk/soul lover has grown into quite the madman behind the decks.

SLUG: What is your importance in the house music industry?

GN: Well, of course I’d love to think that without me it would fall apart …ha-ha … but this is not the case. Occasionally, I get told from people that I meet that I have inspired them to begin work in this industry … why? I’m just me, doing what I love.

In the studio, this aforementioned love has propelled his musical activities. Aside from Nelson’s own productions, Negrocan’s dance-floor sensation “Cada Vez,” which sold an exceptional 2 million copies worldwide, stands as a fine example of Nelson’s remixing style. (Check it out: www.swingcity.co.uk )

Grant boasts no formal training. Developing his ear for over two decades after receiving a Korg (mono/poly) for Christmas at age 14, this veteran on the keys claims over 200 productions and remixes.

SLUG: How have instruments (like piano) aided you in production?

GN: Well …it didn’t really play a part in my DJ-ing, but in production it obviously helped, as I could play what I wanted to hear. Without realizing it, I started to mix the records in my DJ sets in key and still do to this day. What a freak!

SLUG: How would people recognize your music?

As heard on Key to the City (a promotional CD for Swing City 2003), the flow and rhythm of Mr. Nelson’s DJ sets are indeed unforgettably calibrated. Soul, jazz, even Latin rhythms abound; the sounds of Swing City and her children, include: Negrocan, DJ Rupert, CeCeRogers, Mankz, Aston Martinez, Morten Trust and Scientific Soul are all part of a larger picture, painting the world community with the finest in textures and color.

GN: Now more than ever it is important for all of us to be more positive without attitudes and thoughts. There are people out there trying to imprison the population of the world within a false sense of fear and panic, for their own agenda. All I can say to you is, look deep into your hearts; as the saying goes, “The truth will set you free!”

Upon ending the interview, Grant wanted to add, “I have enjoyed playing in the states in recent years and certain areas have a very exciting scene building, SLC being right at the top of that list … a breath of fresh air. Traveling the world, playing to crowds from all walks of life … every now and again a bunch of people capture my imagination and make me remember why it is I have dedicated my life to music. Big up, Salt Lake.”