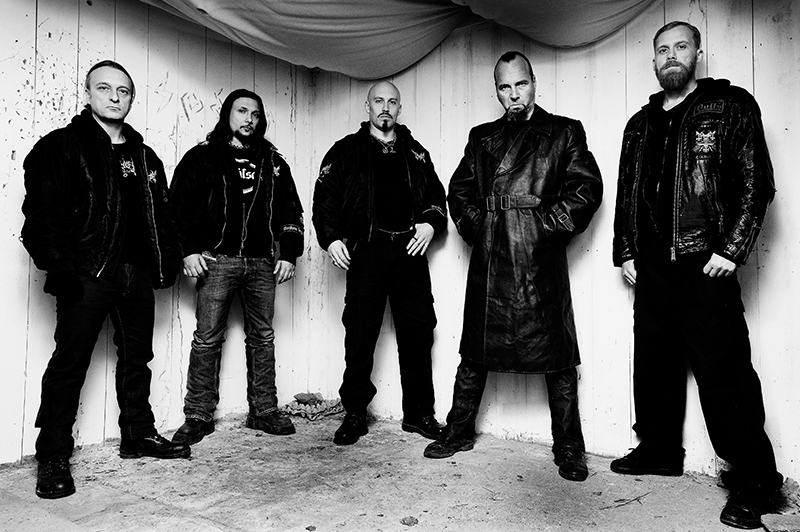 With the beginning of a new year usually comes hope and optimism. With a new president-elect, our nation is polarized. Some might call it mayhem. Well, Norway’s legendary black metal band Mayhem—who was born and bred from a polarization of ideas—comes to Salt Lake City Jan. 28 to play their 1994 debut full-length, De Mysteriis Dom Sathanas, in its entirety. How about we start our year with that Mayhem in mind? Thomas Paine said “The harder the conflict, the more glorious the triumph.”

De Mysteriis Dom Sathanas, existing as it is on tape, is proof that from such chaos can emerge such a defiant, noisy and masterful creation. The album has written and recorded amid suicide, murder and arson committed by a group of teenagers that wanted to make a potent musical statement never heard before. It is regarded as an integral, influential black metal album—and paved the way for the second wave of black metal. “The Mysteriis album was a very rough time for the band—I think it reflects a quite accurately the darkness that surrounded us back then,” says Mayhem founding member Necrobutcher (Jørn Stubberud).

So much time has passed, and Mayhem has gone through different lineups and have recorded four full-length albums since the debut. Despite that, it’s easy to go back to the past the events that took place in the early days of Mayhem. It is a fascinating story of life and art clashing. “Like yourself, I never get tired of asking the same questions about things that happened 23–25 years ago,” he says. “I must say that I’m laughing a bit of this deathcult that our followers are so into, but also, I think it’s a good thing that we kept the memories of our dead brothers alive. Remember, we are not done quite yet.”

When it comes to what Necrobutcher wants Mayhem to be remembered for, he acknowledged that it’s interesting that people are still so interested in Mayhem’s older recordings. He also asserts that there are a good many of fans that prefer the newer material and that all of the albums capture where the band is at in that moment in time as well as what’s going on personally per each member when the recordings take place. With this upcoming tour the past and present come into juxtaposition. Regarding why Mayhem are playing DMDS for this tour, Necrobutcher says, “It was mainly since the fans wanted us to do this. Of course, it’s the only album we were not able to [ever] tour, for obvious reasons, and with (vocalist) Attila Csihar back in the band, it was just a matter of time before we could do this.”

The power and distinction that makes DMDS such a great album and groundbreaking black metal album for me, for one, is that, at its time of creation, it has the raw sound that bands doing similar things, like Darkthrone, Burzum, Immortal and Ulver were doing. Although, it has a crisp clarity on record that the others had not captured. It has a feeling that it’s from another plane of existence where inhuman vocals exist with clarity of riffs as memorable as the stench of rotting flesh. Attila had a huge loss to fill with Dead (Yngve Ohlin), the epochal frontman of Mayhem, committing suicide, but wrote lyrics to most of the album. He channels Dead’s lyrical intent with stunning conviction. I am a huge fan of death metal, but DMDS is the anti-death metal album. It started such an ugly, hateful and disgusting form of black metal—and in all its disgust, I can always find a release of my own indignation.

Speaking of indignation, I couldn’t help but ask Necrobutcher about the upcoming Lords of Chaos film from Jonas Akerlund. I wanted to know what it felt like to have a film being made about events so pertinent in his life, as well as to how much he was consulted on the film. “It pisses me off that people make movies about your life and don’t even bother to consult or contact you,” he says. Apparently the filmmakers only reached out to be able to use Mayhem’s music. “I told them I had to read the script before granting any use of the music for the film, and after reading through this absolute bollocks and far-from-fact-and-reality script, I said no to any collaboration.”

“The bloody history from the past / Deceased humans now forgotten / An age of legends and fear / A time now so distant”: These lyrics are from the track “Pagan Fears” that Dead wrote, which, in an unintended way could seem like a plausible prediction of what could have happened to Mayhem. Now, the dead will be honored and definitely not forgotten when Mayhem performs De Mysteriis Dom Sathanas in Salt Lake on Jan. 28. with support from Inquisition and Black Anvil at The Complex.