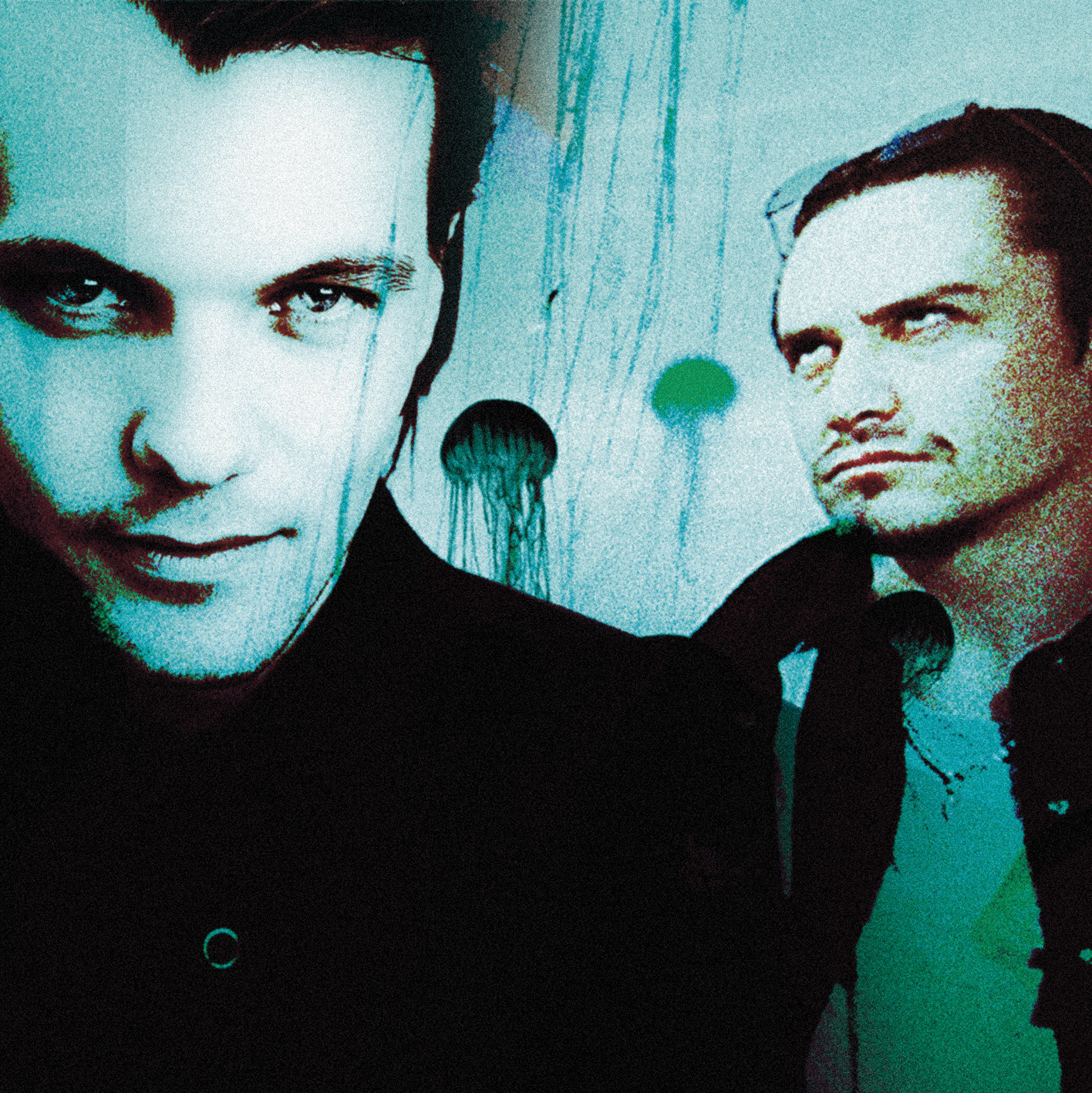 HOW ROMANCE CAME TO BE: An Interview with Mike Patton and John Kaada

One of them is a Norwegian composer who has scored numerous European films and released his mold-shattering debut album, Thank You For Giving Me Your Valuable Time, on Ipecac Recordings in 2001. The other is the enigmatic frontman behind some of the most influential and original projects of the past 15 years, and the owner/founder of Ipecac Recordings. Now with one album, Romantics, by Patton/Kaada, they converge their talents and broad pallet of skill to redefine another plateau of music.

[Mike Patton and John Kaada]John Kaada, the Norwegian genius of sampling and varied taste, first hit the U.S. music scene with his first solo release in 2001. Before and during this album, he scored a slew of films which earned him the Golden Clapboard award at The Norwegian International Film Festival in August of 2002. I asked him what it was like to be the youngest person to ever receive this award and he answered, “It gives you a little confidence, but my parents snapped when they heard that I’d thrown the statuette in the garbage.”

Then there’s the man who everyone should have known since the early 90s, Mike Patton. He has fronted bands such as Faith No More, Mr. Bungle, Tomahawk and Fantasmas. How does one man find enough time and creativity to helm such a wide variety of profound groups, and what kind of musical background spawns such a character? “My musical education came from an appetite, really. I mean, I worked in a record store, I had an opportunity to listen to a lot of stuff. All of a sudden, that becomes your pallet in a weird way. You start imitating and stealing little things, and over a number of years, you start to get your own style by accident.”

Kaada’s influences are nearly impossible to pinpoint when listening to his record. Everything from 1960s doo-wap to avant garde electronics are spread across every second of sound. I asked him what got him to this indefinable style, “I’m influenced by lots of stuff. TV, musical equipment. To me, there’s no limits or borders when it comes to art. I’ve never thought about what kind of music I’m making when I’m making it.”

As far as Patton’s influences, I was dying to know if there were any specific artists that shaped his musical mind. “You know, it was just periods. I still hear things this way, and I still have the same interest. A couple of weeks ago I saw this amazing Cuban percussionist who blew me away, so I just went out and searched for everything I could, and so everything I was listening to that week was Cuban percussion music. It found its way into an improv gig I just did last week; I didn’t think about it at the time, but I’m sure it’s directly because of that.”

Knowing Patton’s lack of formal education in music, I wondered what Kaada’s might be. He was a member of an abstract Norwegian band called Cloroform for years before he decided to go out on his own. So were there years of sitting in front of a music stand and studying before he chose to begin performing? “Cloroform just started up one day as a heavy metal band. We were outsiders in school, and didn’t have many friends other than ourselves. It was in the 80s and we made pompous death metal. But we evolved over the span of eight years from that to a jazz band. We just practiced all the time; that was about it.”

From Faith No More to his most recent project Kaada, Patton has displayed an astonishingly wide range of styles. From the theatrical heaviness of Fantasmas to the silly prog-jazz of Mr. Bungle, he has run his voice over every horizon imaginable. Was there ever a time that one felt more natural than the other?

“Some bands feel like relatives,” says Patton. “Every now and then you’ve got to go visit your folks, so you do a record with that band. Other bands are just projects, ya know, ‘Let’s try this and see how it feels’. And that’s what Kaada and I did. He had a collection of music he was going to put out on my label, and asked if I wouldn’t mind singing on it. I was going to just be his guest, and I still see it that way; it’s his record. But, all of a sudden, I found myself adding percussion and progamming and it just became a collaboration. I guess it was supposed to be this way.”

Kaada remembers the collaboration the same way. “I don’t really remember how Romances came to be. It was supposed to be an album based on late romanticism, but performed with our sounds. A slow-moving, large composition consisting of nine pieces, almost like a symphony. There is a lot of music history buried in this album, but I hope it won’t be something that’s called a ‘crossover’ album between classical and rock. There have been too many bad attempts to do this over the last 35 years.

“The first vocal takes were done in hotel rooms on the Ipecac Geektour of 2003. Since then, we’ve been sending CDs to each other every month. It’s been a long process to finish this album. In January of 2004, I tried mixing it in a technical way. This isn’t an album where you have a drum track, then a bass track. This is a complex and colorful sound universe with tons of different instruments. Anyway, I sent over a CD in January thinking it was done. Wrong! We went on for another eight months in overtime. I promised myself that after this record, I would only record mono-guitar pieces, with one mic, one track! Not music with hundreds of tracks and instruments. We both had very strong opinions of what Romances should sound like, so that didn’t make it any easier.”

Romances separates itself as a record from any other recordings one may know or expect from either Mike Patton or John Kaada. It is a soundscape of melodies that never revisit themselves, constantly progressing away from where the movement may have started. Patton views this as Kaada going out on a limb for his second release. “I can hear his personality in there, but it really doesn’t sound like anything he’s done in the least. That’s why I encouraged him to take it even further.”

Mike Patton went on to tell me about the familiarity of working with Bjork on her newest album, Medulla, and how Buzzo from The Melvins has more music in his little finger than we all have in our entire bodies. It was quite humbling to hear these stories from an artist who is invited to play with and viewed as a peer to such amazing musicians.

Both Patton and Kaada are men who don’t take the time to dream, as soon as a thought comes into their minds, they just make it happen. Patton made his own musical universe possible with Ipecac Recordings, and has broken a lot of ground since then. Although he’s far too humble to see it that way, he knows the importance of music in everyone’s lives. It defines us in groups and cliques as we grow up, and plays as our own personal soundtrack as we drive to work, make out or eat dinner. Maybe if there were more people like these guys, life would be more interesting and beautiful to pass through on an everyday basis.