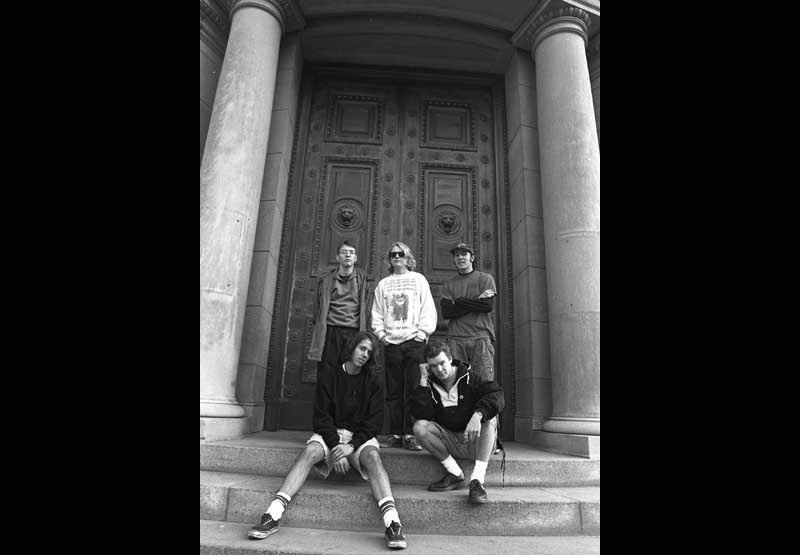 Iceburn was active from the late 80s into the early 2000s, with band members and influences changing almost as often as the seasons. Essentially, Iceburn was the musical journey of Gentry Densley, a Salt Lake music pioneer. As Densley’s musical tastes evolved from prog-rock, punk and hardcore to a more improvisational rock sound, so too developed the music of Iceburn. Later versions of the band went even further, blending free-jazz, noise and rock into 20 minute anthems of aural experimentation. The local audience’s response to Iceburn’s constant shifts in style was primarily positive, though it was difficult to please everyone all of the time. Notwithstanding, Iceburn had a large following in the Salt Lake and Provo areas and toured incessantly during much of their ten-plus years together. More than a decade after it started, as members busied themselves with family and other projects, Iceburn stopped being a priority. The SLUG anniversary show will be the first time in over five years that Iceburn will perform. The reunion show will feature core members Gentry Densley, Cache Tolman and Joseph “Chubba” Smith. It will also include Jaime Holder and Jeremy Chatelain doing guitar and vocals on some songs, and possibly an appearance by saxophonist, Greg Nielsen.

Iceburn is playing the SLUG 18th Anniversary show in part because the magazine has always been a supporter of the band. They were featured on the cover in June 1991, and Gentry Densley was the main focus of the September 2000 issue. In speaking with Densley, it became clear that he views SLUG as a positive force in the local music scene. The Death by Salt compilations have seemed especially important to him, as SLUG has worked to inspire and chronicle the local music scene. He has appreciated the coverage and friendship afforded him by the magazine over the years, and seems genuinely pleased to reform Iceburn for the anniversary party.

In the years since Iceburn was active, the core members have stayed involved with music in one form or another. Gentry Densley currently plays in Form of Rocket, Smashy Smashy and Eagle Twin. He is working on other projects as well, and is also a teacher at the Paul Green School of Rock. Among other bands, Cache Tolman currently is playing with Skullfuzz, and has played with numerous other bands including Institute, Cub Country, Fearless Vampire Killers and Rival Schools. Chubba took a break from music for a while, but this reunion show marks his return to the Salt Lake music scene. And though there is only one show planned, Densley doesn’t completely rule out more surprises from Iceburn. The SLUG reunion show could be a springboard for a new incarnation of the band, or even a starting point for new projects with former bandmates.