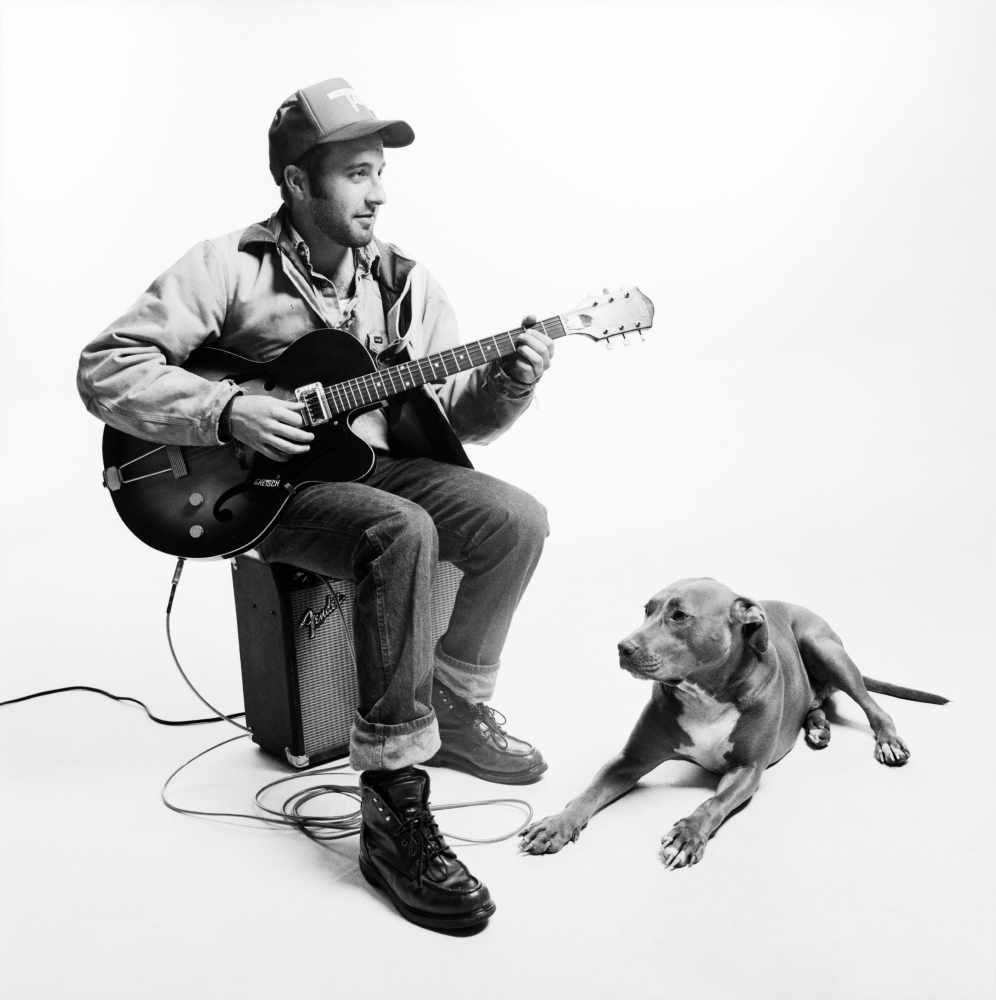 When it comes to country music, it’s all about the song, the story, the emotion and, for the lack of a better word, the soul. That’s the thing that can’t be faked—it often is, but let’s just say that it’s obviously lacking. So, when the real thing comes along, it is like a punch to the gut. That’s how I felt when I heard Luke Bell the first time. It was so earnest and genuine that it almost doubled me over. This former Wyoming ranch hand has cultivated an organic country sound that simultaneously hearkens back to the honky-tonk of old and is also creatively original. Bell has a congenial way about him and is strikingly uncomplicated. He’s not trying to be anybody else—he’s just who he is, and the music is very much a product of that. Luke Bell plays Salt Lake City at The State Room on Aug. 2. SLUG: Why do you think country music resonates with audiences such that they listen to it their whole life?
Luke Bell: I think for some people, especially if you’re American, it’s our cultural heritage—it’s your history, and you hear songs [like these] your whole life.

SLUG: You have a pretty traditional sound. Do you feel the need to take a stance against pop country?
Bell: I honestly don’t take a fighting stance against pop country. … Things in country music are always changing, and they go through eras that are more pop sounding, and everyone’s trying to make a living. Being in the business, I’ve met people from all over the genre [who] have helped me out.

SLUG: In country music, when you’re starting out, they often compare you to a legend, like Sturgill Simpson being called the next Waylon Jennings, but you haven’t been branded as the next anybody yet. Why do you think that is?
Bell: I would mind being compared to anybody at all. I think for my sound, I consciously drew from a lot of different resources and different kinds of music, so that might make me a little harder to pin down. I do, in certain songs, make nods to the Bakersfield sound, and I’ll do that from time to time, but maybe it’ll happen.

SLUG: This record is getting a lot of attention. What goes through your mind when someone writes something like, “He’s the future of country music”?
Bell: When do I get paid! [Laughs] Where’s my mansion! [Laughs]

SLUG: [Laughs] that sounds like someone who’s worked for a living.
Bell: No, I try and ignore that stuff, because you never know how things are going to happen. For all I know, there’s someone coming up the ranks right behind me … and I’ll be old news. So, all I can do is keep my head down and focus on the work, and it’s really hard to describe what an artist does as work, but I think I get as much inspiration out a fishing trip as I do sitting at a desk trying to write a song.

SLUG: You definitely have some vintage qualities.
Bell: It really isn’t anything intentional, as much as I’ve listened to a lot of music and my ear has lead me to historical references that interest me. Things that are now considered vintage—like the way the rhythm guitar is played on old Hank Williams or Roy Acuff records when they were still playing old-time rhythms and beats—they have an energy is very different today. They didn’t play to a click track or have auto-tune. It was all very organic, and that’s what I like and am always going for in the studio. We get in there and have a few beers and maybe grill a steak out back, and just try and make music that people might enjoy if they were doing the same.

SLUG: Your songs have that great quality of being original, yet somehow familiar. What’s your songwriting process like?
Bell: It depends. Sometimes, a song takes five minutes. Those are usually my best ones: The idea comes up, and I just get it out. As far as my writing style goes, it’s hard to beat the Carter Family and all those great traditional American songs. I enjoy trying to write about our lives today with the straightforward simplicity of those old songs. It makes it easy for anybody to digest when I can condense the hundreds of words I’m trying to say into three minutes.

SLUG: People seem to really respond to the fact that you were a ranch hand in Wyoming. Why do you think that is, and how does that experience effect the music?
Bell: There aren’t that many people from Wyoming, and I think to most people, ranch hand work isn’t very common, so it’s just different for them. And during that time, I worked a lot of it alone and didn’t get hardly any cell service, so I was able to write a lot of songs out there.

SLUG: With Wyoming as one of our neighboring states, do you have any history with Salt Lake?
Bell: I played one gig in Salt Lake, and it was so funny. I was rolling through Salt Lake and I was looking for an open mic to play, and maybe best case scenario a cute gal will take me home, or at least someone might let me crash on their floor or something. So, it’s late and I’ve been sipping on a flask of whiskey and smoking cigarettes, and someone points me towards an open-mic, and I get to this big building and I walk into this theater room, and there’s a bunch of the most clean-cut people singing show tunes and Michael Jackson songs, and it turned out it was some sort of LDS college open-mic night, and they didn’t know what to make of me, but everyone was super nice. I even played few songs, but needless to say, no one took me home, and I slept in my car that night.

Luke Bell is exactly like I thought he would be. The heartfelt and sincere traits that come across so strongly in his songs also come across while talking to the man. See him in action yourself when he opens up for Hayes Carl at The State Room on Aug. 2.