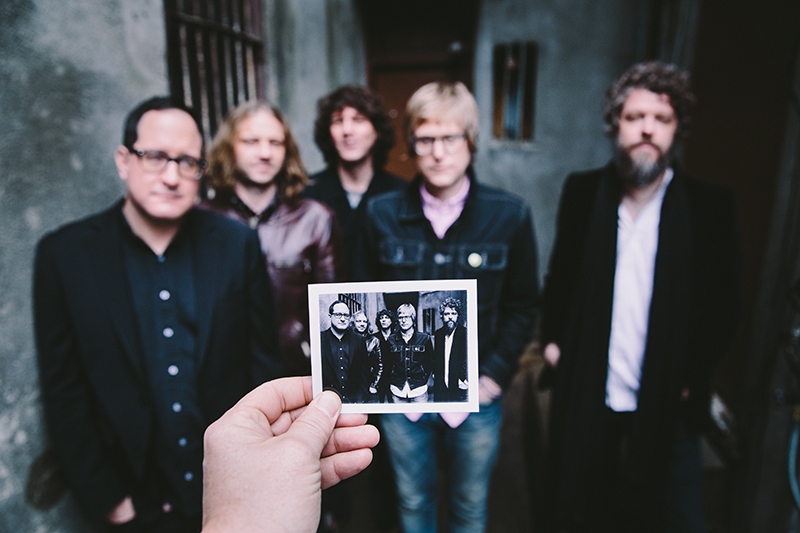 Massive Nights: An Interview with Tad Kubler of the Hold Steady

This past March, The Hold Steady released their sixth studio album, a 10-track scorcher titled Teeth Dreams. Since then, they’ve embarked on a globe-spanning tour that will make a stop at our own Urban Lounge in mid-July. SLUG Magazine caught up with lead guitarist and founding member Tad Kubler to talk about the new record, recent lineup changes and to ask about what’s influencing them these days.When The Hold Steady return to The Urban Lounge this summer, it will be a homecoming for them. When they last played Urban, it was to a sold-out crowd on Easter weekend of 2009. Their next record, Heaven is Whenever, failed to draw the same-sized crowds on the road. Kubler mentioned that the recording of Heaven felt rushed, so I asked if the process behind the new album was any different. He said, “This was the longest span between albums that we’ve ever had. … I was really able to spend a lot of time with the songs—almost too much time.” When pressed to elaborate, he talked about recording demos and reworking songs four or five times before going in the studio. To flesh out what comes out of a session like that, Kubler says, “I definitely think that Teeth Dreams is a more realized idea than any record that we’ve done before. It’s a more concise album in terms of the songwriting and, hopefully, it’s more dynamic, musically.”The addition of second guitarist Steve Selvidge was a major change. Not only does Selvidge give the band someone to work off of, he also makes them work harder. Kubler explained this as a “raising of the musical bar.” Still, the songs come together in the same way. He says, “I work on the music and then Craig [Finn] works on the lyrics and at some point, we join those together.”The extra guitarist adds a new element to the live show. With the departure of longtime keyboardist Franz Nicolay, part of Selvidge’s role has been to fill that void. “Steve brings a lot of textures and drama to the songs with what he is able to do with the guitar, or with what we are able to do together,” Kubler says. “Some songs take a little more work than others, but it’s not really a huge deal.” Kubler insists that they are still able to pull off playing the older songs live and that the set list changes for every show.Kubler’s musical influences have also changed, and you can hear this with the guitar work on Teeth Dreams. Cheap Trick and Springsteen have always been main sources of inspiration for the band, but this record pulls from somewhat more contemporary sources like Radiohead, Pulp and Oasis. Another big influence has been fatherhood. Kubler says, “Having a kid is part of it, too, because she consumes music so quickly, and I’m always listening to what she’s listening to.”

Along with the new record, The Hold Steady released an EP of covers called RAGS. Their budget came from a crowdsourcing website, and proceeds went to the family of an active fan club member known as Jersey Mike, who passed away unexpectedly. One of the perks offered as part of the fundraiser was to have Kubler cut your hair. I ask if it’s too late for him to cut my hair, and he laughs and says, “I don’t know if you really want that from me. I can only do two cuts: really short or kind of shaggy, and if either of those don’t work for you, then you’re shit out of luck.” Fair enough.

With the solid new record added to their forever expanding œuvre, fans can only hope that their Utah stop is filled with songs exploring the relationship between truth and anxiety, delivered in The Hold Steady’s pure, anthemic style. Speaking to fan expectations, Kubler says, “You can expect a good time. We’re having a lot of fun playing with this lineup of the band and playing the new record. Every tour, we try to go out and up the ante a little bit. You’re going to see a good, honest rock show.” The Hold Steady, with opening act Cheap Girls, will play The Urban Lounge on Monday, July 14. If straightforward rock n’ roll is your thing, you should be there.