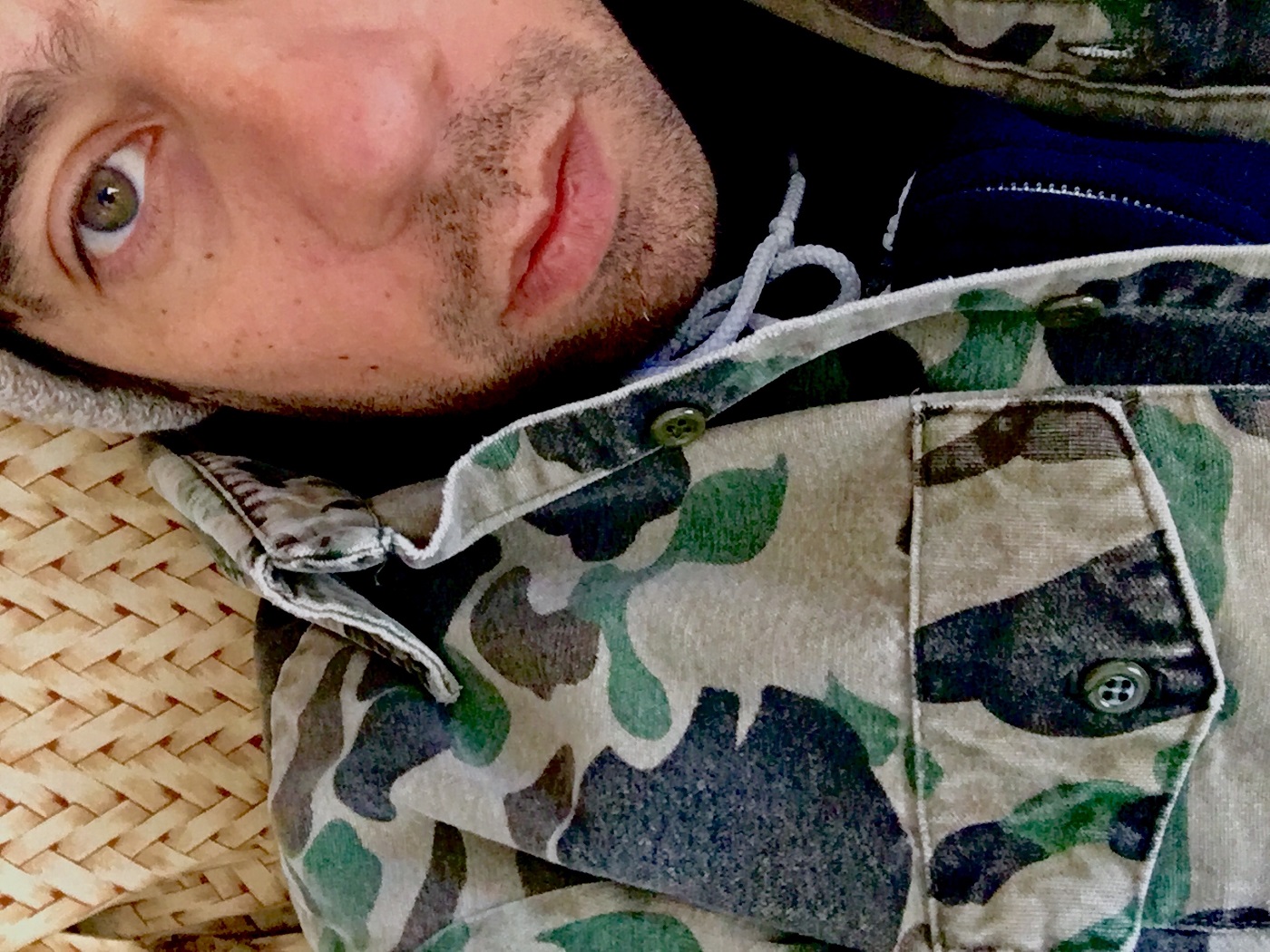 SLUG is delighted and honored to premiere A Sleep Disaster, the second solo album from L.A.–based singer-songwriter Miguel Mendez. Listen to the album exclusively on SLUGMag.com this week, and check out our interview feature with Mendez below.

A Sleep Disaster is released by Deathomb Arc July 3.

Sometimes, things don’t go as planned. That’s life, and we all know how it feels to a certain extent. As human beings, some of us get frustrated, give up and move on. On the other hand some artists continue with their process, making due with what is there, tweaking and adjusting until they are just about satisfied. They roll with adversity and learn from the journey, taking it for what it is and what it becomes.

Miguel Mendez is one such free spirit. Currently residing in Long Beach, California, Mendez is just about to release his second solo studio album, A Sleep Disaster. His first, Love Is For The Rich, was released in 2016 on Deathbomb Arc and received critical acclaim. I truly enjoyed it—it sounds like The Magnetic Fields hanging out with Mazzy Star. The crazy thing about the new album (which is also very good and every bit as Stephin Merritt–ish) is that it isn’t even the album he had in mind. Mendez had an idea, a whole pile of material laid out in his mind and with a lot of preliminary work done. But upon further exploration, he had a change of plans.

Mendez was going back and forth with a peer over some experimental sounds when they had a discussion inspiring Mendez to take a new direction. He put the framework for the initial project on hold and went to work on the new idea. Mendez spent a lot of time on new aspects as well as older ideas he wanted to enhance for the new album as well. “It’s different. The process wasn’t different for me, but the focus was,” Mendez said.

This shifted focus that eventually led to the music on A Sleep Disaster. Maybe it’s a sign of maturity, maybe just the artist is trying to find new heights to explore, but he set out to write and record songs intended to be felt, to be something of substance themselves. “I think I’ve tried to make less songs that are about things and more songs that actually are things,” Mendez said. Giving aspects of his music deeper looks and longer examinations has allowed it to feel more vibrant and more complete than ever before.

On top of that, Mendez spent a lot of time honing his vocals in order to be as comfortable with them upfront as much as he could. He also logged a lot of hours working with the piano in ambition of featuring the instrument more prominently on A Sleep Disaster. From the beginning stages of songwriting to the finishing touches of production, Mendez really pushed himself to put out the best record he could, learning new skills and perfecting others along the way. “I felt comfortable with the writing, so I really got into things that I wanted to come out better,” Mendez said, “I look forward to hearing what people think of it.”

Mendez’s songwriting process all builds off of rhythm. He begins with melodies that extend to vocal sounds and then chords. Everything he does musically—singing, writing and playing multiple instruments—is self-taught. Knowing that he has no formal training and that he may not know how he wants to accomplish a particular sound, Mendez recognizes that he may have to adjust his expectations due to having to go through the process of experiential learning. “I end up having to take a lot of tangents to get things done; it can be frustrating. But, I just have to work my way out of things like that,” Mendez said.

“I think I’ve tried to make less songs that are about things and more songs that actually are things.”

Mendez lists numerous eclectic influences on his unique sound, small pieces that add up to something more. Growing up, it was punk rock and hip-hop, which Mendez states sounded punk in its essence, a quality which probably led to its appeal. He also digs a lot of more surprising sounds, such as 1970s Joni Mitchell, with all the jazzy vibes. Currently, Mendez finds himself hanging on the strange and religious lyrics of Judee Sill, the late 1970s singer/songwriter who suffered a tragic life and wrote about it through her music. “It’s sort of how I approach song writing. I don’t listen to music for a certain sound, but a certain feel,” Mendez said, “It’s all about the give and take of the stuff that makes up the whole thing.”

On top of his solo work, Mendez also has a ton of experience working in larger ensembles. He was a part of groups such as Rose for Bohdan and Love As Laughter, and has also collaborated with artists such as Farmer Dave and Brian Miller. Though it is different to work in groups, Mendez says the creative process is the same: “Working as a group is a little more fun, less egocentric, but the nuts and bolts are the same thing.”

The difference, for Mendez, is that with a group, patience is required. When he works alone, he can work on things at his own, often fervent pace, as he can make changes without running it through any outside channels. “I can see my own results right away, I can see what I want to do differently,” Mendez said.

“It’s all about the give and take of the stuff that makes up the whole thing.”

In addition to music, Mendez also expresses his creativity through his work as a trained chef, having spent years running kitchens in New York. He moved back to California over a year ago—where he was raised—in order to work on the album and channel his ingenuity into his music. “I moved back here specifically so I could focus on the album,” Mendez said, and the project reflects his effort. Focus seems to be something he found.

A Sleep Disaster may not be exactly what Mendez planned on in the beginning, but it’s flushed with energy, tight production and high-quality musicianship. It may have taken a number of unplanned turns, but the destination was eventually reached.

With creativity flowing, Mendez said he would stay busy beyond this album, so there likely won’t be another four-year gap between solo releases—he already has something mapped out, after all. I’m willing to bet the road map of that course will look a lot different when all is said and done, Miguel Mendez will be just fine with where it ends up.