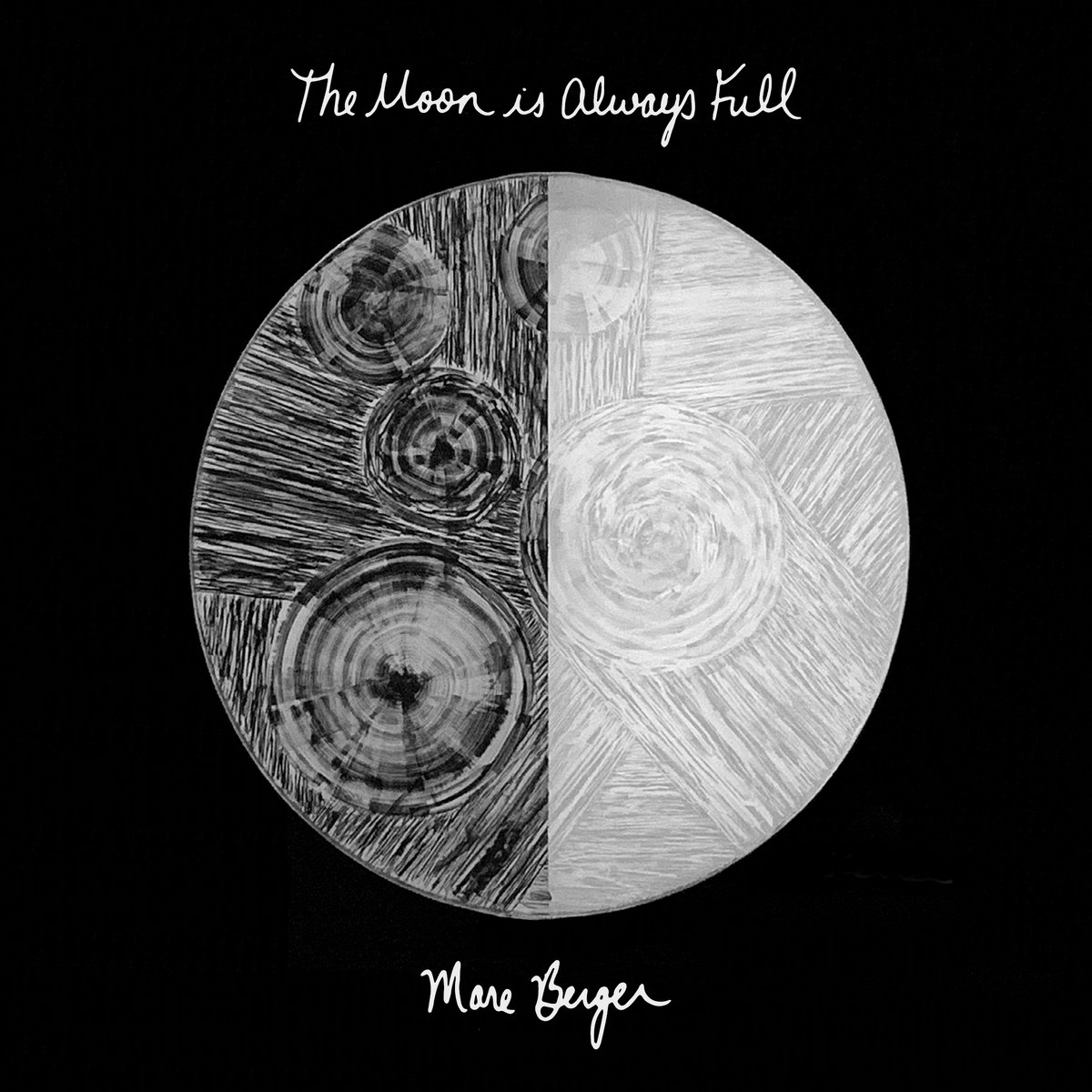 Mare Berger’s The Moon is Always Full is a combination of melodic folk and chamber-style pop from the mind of a musician who has been practicing the art since three years old. Berger began playing the piano at a young age, which led to grander musical achievements. After studying jazz piano, they went on to premier music at numerous concert halls and play varying instruments in plays and musical performances. Berger is also an active advocate for LGBTQ+, having founded the Moon Choir, which is “a choir featuring queer and trans people plus allies,” and also “curates a performance series, The Moon Show, which promotes queer, trans and other underrepresented artists.”

Among these successes, Mare Berger has studied multiple genres of music, amounting to finding a niche in writing “dreamy, hopeful songs of justice.” The beginning notes of The Moon is Always Full introduces the listener to a cacophony of instruments—plucking strings and discordant yet jovial chimes and keys sound like wind whistling in the album’s introductory track, “Even When We Forget.” A piano cuts the noise with a warm envelopment before Berger begins to sing of how “We are the ocean / We are a drop / We are a mountain / we are a rock.” They profess these statements with certainty, expressing a kinship with the earth and how, at times, we perhaps forget our magnitude and influence.

The rest of the tracks sing just as hopeful and are drowning with sincerity. They’re reminiscent of being told a folk-tale before bedtime, as Berger overwhelms listeners with tales of self-worth and existence through fables of the moon, sun, trees and stars. Even transitioning from singing to speaking in some of the tracks, Berger’s vocals—in a Julie-Andrews-Sound-of-Music fashion—are melodic and welcoming. I feel as though the only right way to listen to this album would be sitting atop a sun-soaked hilltop while Berger acoustically reminds me of my existential significance.

Halfway through the album, the track “Stardust” lullabies and croons of moments where we should “inhale the light in our chest.” The piano accompaniment is especially mesmerizing in this piece, following Berger’s silken vocals swiftly and steadily. This was my favorite from the eight-track album, as it felt more naïvely curious, like listening to thoughts stemming directly from a child. Throughout The Moon is Always Full, Berger also seems to focus on principles of love, life, loss, interconnectedness and betterment. Closing track “You are Within” features a guest voice that, combined with Berger’s vocals, becomes hypnotic. The string instruments gush and connect fluidly as the vocalists sing, “You are within my soul / I am within your soul.”

In a climate as harrowing and confusing as the one we’re in now, Berger’s album feels vital. It’s difficult to explain this album in a way that doesn’t belittle the sound it creates. I don’t want to continually compare it being sung peacefully to sleep while a river stirs to your left and a flurry of forest animals chirp to your right, but in my opinion, there isn’t much more you can ask of an album than to bring you some type of warmth and self-realization. Listen to and purchase The Moon is Always Full now. –Jamie Christensen