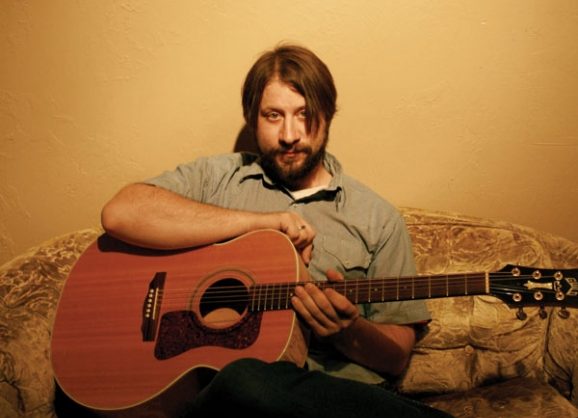 “I had a 4-track cassette recorder years ago when I first started playing,” Mike Sasich says about his initial foray into engineering. “I was always interested in how the bands I listened to could do separate guitar parts and such.” Initial experiments aside, when Sasich moved back to Salt Lake from California roughly eight years ago, he began doing live sound, which somewhat naturally flowed into studio recordings, initially conducted in his house. “That didn’t work too well,” he says. “Recording in a house can turn out good, but it’s just not as optimal as having a space like the one I have now.”

The space he has is a very pleasant environment for recording. Located just outside of downtown Salt Lake, the large-ish space offers plenty of room and plenty of options for each band, depending on their wants and needs. “I like to record live as much as possible, as opposed to doing separate sessions,” he says. “I think the drums are the most important piece to a recording. You can have the best guitar and vocal sounds in the world, but if the drums sound like shit, the whole recording sounds like shit.” When recording live, he can isolate guitars in a separate small room in the studio, and he usually runs bass direct and then re-amped so nothing interferes with the drum microphones. “I’m also not a fan of click-tracks–I don’t think people should set music to a grid,” Sasich says. Additionally, The studio also offers a full range of equipment, which bands are welcome to use–guitar and bass amps, drum kits, etc.—but they are also encouraged to bring their own equipment.

Sasich has an excellent ear for music, and he puts it to use before any band’s music is even put to tape. “Anyone that says, ‘We’ll fix that later’… that’s a bad sign,” he says. “Sometimes setup can be as quick as 30 minutes, depending on mic placement and equipment and player quality, but sometimes it can stretch to several hours.” Sasich pays close attention to the recording mics being in phase, placed correctly and making sure that optimal sounds are drawn from each instrument being recorded. “I think the better it sounds going into the board, whether being recorded digitally or to tape, the better it sounds when finished,” says Sasich. Easily preferring to simply “sweeten” a recording as opposed to having to “fix” a recording is a habit to him, and a good habit, at that. “I do use compression and EQ when recording to tape,” he says. “Now that I know the room and the problem areas, I have a very good idea of what needs to be done in preparation to achieve the best recording possible for each band.”

Sasich admittedly has no formal training for recording, although he spent years honing his craft by doing live sound. “I started learning to do live sound back at the Zephyr, before it closed,” he says. “I also learned a lot from (local engineer) Herc when I was playing in J.W. Blackout.” Seemingly, however, Sasich’s best learning experience was when his band Thunderfist recorded with Jack Endino. “I learned a lot from him––he’s one of my favorite engineers, and we both do things similarly … stripped down and kind of ‘guerilla,’ I guess,” he says. The results shine through in Sasich’s recorded output, which seems to be able to reproduce a band’s electricity and musicianship in a live setting extremely well when laid to tape.

For the moment, Sasich does not have a website for people to visit, but he encourages bands to contact him via e-mail to set up recording times. Locals (and nationals) take note: Man vs. Music Recording Studio is an up-and-comer that offers amazing results in an atmosphere that allows musicians to realize their full potential on record.