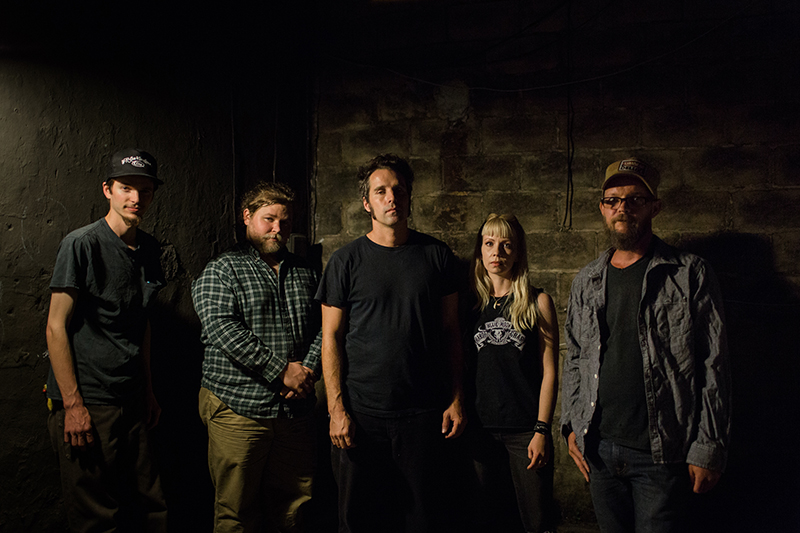 I’ve never understood this idea that music has an expiration date. Truly exceptional music lives on as long as there are ears to listen to it. So when a band like the Pine Hill Haints comes along who can seamlessly weave musical elements from the past while also staying blatantly original, it is only natural that people take notice. The Pine Hill Haints’ Jamie Barrier formed the Haints in ’98 and began a career of deconstructing all sorts of traditional and roots music that would become the band’s self-branded “Alabama Ghost Music.”

Pine Hill Haints will play with Tiger Army and the Bellfuries at The Complex on Sunday, June 19. thepinehillhaints.com.

SLUG: You guys are so original in how you sound. What are some of the weirdest descriptions and comparisons about the band you’ve heard?
Jamie Barrier: Oh man, so many times, people just don’t get it. We often get compared to Hank 3 and other similar artists, and while I’ve got nothing against him, I believe that we do something drastically different, but when someone doesn’t have many reference points in the music we play, that seems to be the one they grab for. One guy, when we were playing a casket convention, said we put the “fun” in “funeral.”

SLUG: How did you come upon the term “Alabama Ghost Music” to describe yourselves?
Barrier: When we were starting out, we’d play anything, fiddle contests or fish fries, and our whole thing was we’re not trying to be cutting edge—we just don’t care, and when you’re playing Cajun waltz and old folk and blues tunes, most of this music is considered dead, so we started to refer to it as “ghost music.”

SLUG: Why do you look to the past?
Barrier: We don’t live in the past. I’d love to do that yodeling style of singing that Jimmie Rodgers did, but I can’t recreate that, so I have to sing like I sing, and that’s where we come in as ourselves.

SLUG: So how do you balance these elements from the past and not sound stale?
Barrier: It’s not a balance, but it’s just got to be honest and stay with the root of what’s happening in the music. Even if it’s an 800-year-old Irish song about traveling in wagons, you have to connect with it honestly and focus on the elements that are honest for you.

SLUG: You choose interesting or even odd songs to cover. What’s your criteria?
Barrier: I’ve never been a crack-shot musician, and I just cannot play these songs right, so it’s just all heart. I can’t play anything like somebody like Roscoe Holcomb, but I’ll hear something and I’ll pick up that guitar and try, and that’s just the way it comes out.

SLUG: How do the Pine Hill Haints measure success?
Barrier: That changes every day, but there’s a place that we play in Waverly, Alabama. They make a big bonfire, and at night, when the heat cools off, everyone comes out and they dance, and it’s always well attended. This dude grills up a bunch of food and the sound man smokes some weed behind the bushes and he’s real friendly and there’s such a great vibe. If my whole career could be like that, I’d tell myself, “You’ve made it.” When you sing in that town, you can feel them listening to what you’re saying.

SLUG: That sounds like it could only happen in the South. What is it about the South that breeds amazing music like you guys?
Barrier: I’m very proud of being from the South and I don’t try and beat people over the head with it. The best and the worst thing about the South is that it’s obsessed with life after death, and take it for what it is—that’s how we are. It’s interesting, because you can go to Portland and hear technically better played bluegrass but it will never have the same soul as it does here in the South. I love all of the American music. We play up in the Great Lakes area, and I love to hear polka bands, and when we’re in L.A., I love the Hispanic music you hear on the AM dial. But there’s something about when we play in the South—we can go for four hours and that’s something we just aren’t able to get to do anywhere else.

SLUG: What can we expect from your live show here in Salt Lake?
Barrier: Well, we’re playing with Tiger Army, so it’ll be interesting to see how much crossover there is in the audience for us, but we’re just going to do our thing. We never have a set list, so it’s very organic, and we never try to play a song the same way twice. I never wanted this to feel like a job, and if you go out there and do the same thing over and over, it starts to feel like that pretty quickly.

If it’s the latest, up-to-the-minute, newfangled music you want, you better look elsewhere, because that’s not what the Pine Hill Haints do. If you want honesty and candor done creatively, that’s what the Haints deliver in droves.