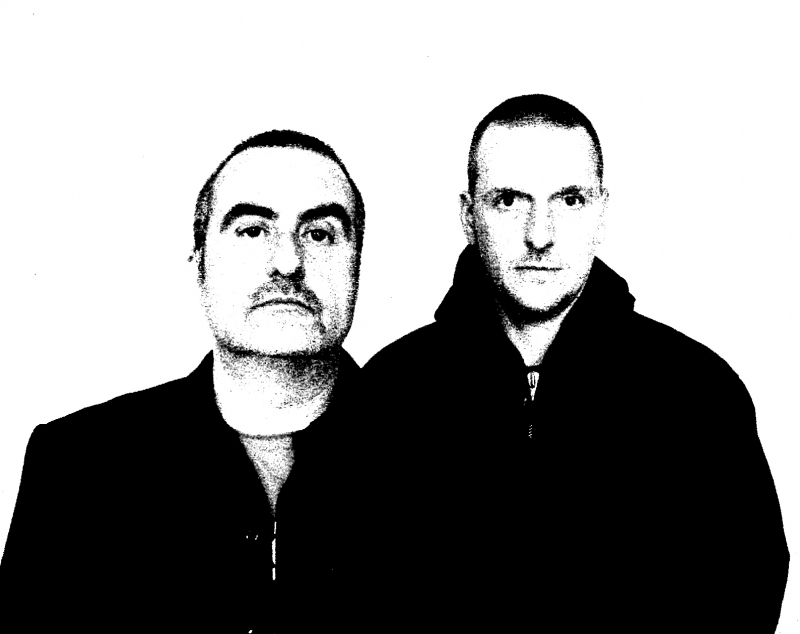 Playing With Fire: An Interview with Godflesh’s Justin K. Broadrick

It seems fitting that Godflesh—a band that ended abruptly, shortly after the 2001 release Hymns—returns with A World Lit Only By Fire, to be released Oct. 7. The Birmingham, UK–based group was forged in the same city that gave birth to another legendary and tumultuous band, Black Sabbath. Godflesh is borne of a landscape of industrial concrete castles—each one, at its mechanical heart, is a fire. That fire was reignited in 2010, when Godflesh founding member Justin K. Broadrick approached fellow founding member C.G. Green to perform some live shows.

During an interview with Broadrick, Godflesh’s guitarist/vocalist/drum programmer, he said that he started to really miss Godflesh a few years prior to the reunion. It started to become necessary to do something aggressive again. Leading up to the reunion of Godflesh, Broadrick started creating heavier material with Greymachine and his solo project, JK Flesh.

A World Lit Only By Fire is fueled by Broadrick and Green’s desire to return to what Godflesh was when the band began in the late ’80s. “Having Godflesh not existing for such a long period of time afforded me the luxury of being able to examine what I loved the most about Godflesh. And what I loved the most was the intent of the first few records,” says Broadrick.

The new material meshes harsh mechanical guitars with an abyss-like bottom coming from the signature Godflesh bass guitar, played out on songs like “Life Giver Life Taker.” Repetitive and unrelenting beats and rhythms drive the musical machine. With the heavy-ended style also comes the classic explorations into minimalistic content, like the tracks “Obeyed” or “Forgive Our Fathers,” from the new album. Rhythms are broken up into diverse and dynamic atmospheres, all meant to be unsettling.

Broadrick went on to talk about how, after the infamously heavy Streetcleaner and Pure albums, Godflesh became diluted and was going through a sort of identity crisis. Though Broadrick, aside from feeling that there is no Godflesh album that he feels utterly convinced by, he still has a love and respect for the later albums. This new album is driven to meet the initial goals of Godflesh: “I wanted to just get back to machine rhythms—monolithic minimal blocks of sound as inhumane-sounding as possible, but simultaneously retaining groove. Primal and direct—that’s what’s most unique and singular and identifiable about our sound,” says Broadrick.

Technology—in terms of of production and creation of music—has changed drastically since the birth of Godflesh. Broadrick asserted that the biggest benefit of current technology is its convenience. In the early years, it was a bastard to program a drum machine. Broadrick maintains a semi-digital and semi-analog studio to create his recordings. In addition to the convenience is an added clarity to the new material. I brought up how I felt that A World seems to have a more weighted sound with the bass guitar. Broadrick brought up the fact that people were shocked at how much bass was on Streetcleaner, because, when it was released in 1989, a lot of other records had thinner bass sounds.

Broadrick says, “I think that, with the marriage of the guitar and bass, there’s something working with the unison that’s made it a bit deeper on the bottom end. It can make one question exactly where that bottom is coming from. It’s just the unison of textures. This new record is really minimal as well—it’s very much about punishment in a way.”

With the blunt and brutal intensity of Godflesh—the stuff that’s meant to be as negative and crushing as possible—comes equally intense lyrical themes, which are screamed right in the listeners’ faces. Broadrick had no intention or desire to change the messages of Godflesh, which, lyrically, are never excessively verbose. The themes explored don’t venture outside the typical Godflesh subject matter: religion is evil and man is a beast or savage. Broadrick describes it as the sound of resignation and self-frustration. Further elaborating, he says that the frustration isn’t just looking outward but looking inward—specific to Broadrick’s point of view, saying what he sees on the outside, he sees in himself. “There is no good, there is no evil—the fact that we encapsulate that whole gamut of emotions and possibility, which I often find quite terrifying, but I just resign to it,” says Broadrick.

Godflesh is a vehicle of harsh sonic bombardment that rarely relents, with a strong devotion to negativity. People tune into such an assault for the same reason that Broadrick creates the music. “Godflesh, as much as being cathartic, it’s therapeutic—all the music I create is therapy … The mad thing is, instead of spending money on therapy, I make money out of it. I’m quite lucky, really. Thankfully, other people take something from it, too—in a way it’s a gift, a negative gift. It’s a gift for me, but it’s a gift for other people, which, for me, is quite humbling.”

It’s ironic, for sure, but to conclude the interview, Broadrick said that Godflesh breaking up was one of the best things the band has ever done. “We’ve come back twice as strong, directly knowing what we want to do. This band is stronger than it ever was, and this is one of the best albums we’ve made.” A World Lit Only by Fire will be released on Oct. 7 on Godflesh’s label, Avalanche Recordings.