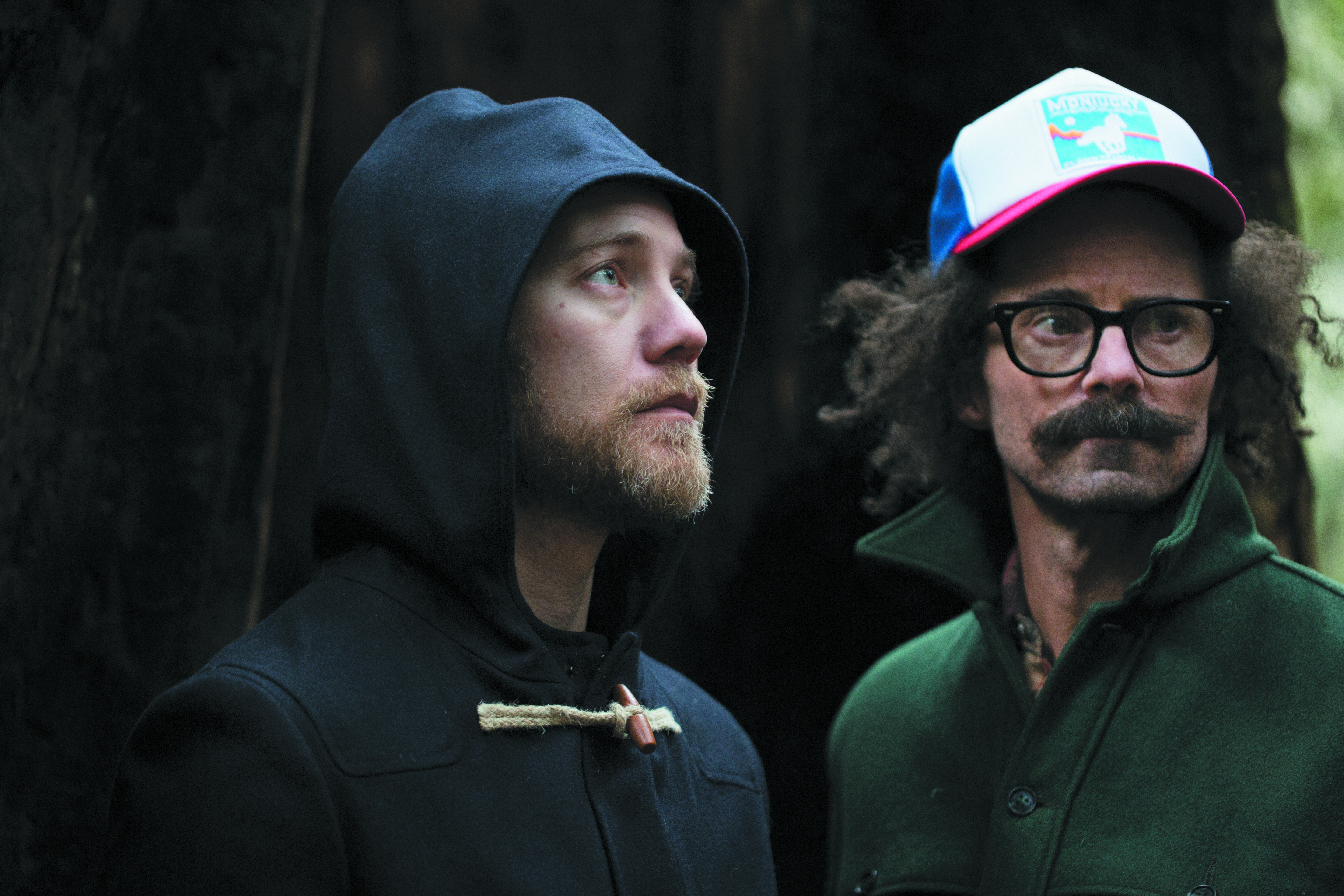 Rogue Wave have released seven studio albums since 2004. These include a cover album from last year and their debut, now a classic from most indie lovers’ perspectives, Out of the Shadow. A lot has happened, sonically and otherwise, from the beginning to now, which is similar to most bands that grow and gain access to new inspirations, tools and experiences. Somewhere in the middle, after leaving Sub Pop to join Jack Johnson’s label, the band dropped Asleep at Heaven’s Gate, a good album with some truly great, well-known singles. Ten years later, Rogue Wave decided to re-release the album as a double LP, complete with rare and previously unreleased bonus material, to mark the anniversary. They’re also currently touring to celebrate the reissue.

I haven’t seen Rogue Wave for a long time and was curious when I heard the outfit was not only touring to commemorate the album, but is actually playing it in full at each show. I have always held the band in high esteem. I love their work and am emotionally attached to a lot of it. Naturally, I felt I really needed to see them when they make their way to Salt Lake this time around on April 25 at Urban Lounge. I was very interested in what a decade later would sound like. I also began to think a lot about the passing of time and what things we choose to hold onto. I wondered what that is like for those who write the soundtracks to our lives. I was lucky enough to ask Rogue Wave’s Zach Rogue a little bit about that beforehand.

SLUG: In recognition of Asleep at Heaven’s Gate’s 10th anniversary, the band is touring and playing the album in its entirety. What made you want to?

Zach Rogue: Actually, it’s been a little strange. Ever since we decided to do this, I have been hearing about other bands doing anniversary shows. It’s kind of like when you hear a new word and then somehow start seeing it everywhere. What could be even more fun is if we all start swapping anniversary shows. Maybe we can start playing the 50th anniversary of Odyssey and Oracle and The Zombies can play our LP. I’d love to hear Colin Blunstone sing “Cheaper Than Therapy.” Actually, scratch that. I want to hear some Zombies harmonies on Sung Tongs.

SLUG: How are you all feeling about playing it? Does it bring back memories of the original process to get it recorded or the original tour?

ZR: I remember a few years back going to see Archers of Loaf when they briefly got back together. I was a little fearful it would diminish my memories of how incredible they were back in the day. Fortunately, they were just incredible. The energy, the melodies, everything felt like it was careening out of control in the best way possible. I was in heaven. I felt lucky to just be in the room, knowing that my memories of that past were not glorified. They really were that good. A lot of dudes with fancy dress shoes were like “I don’t give a shit if these get scuffed up and covered in beer.” Good times. Reminded me of that Boards of Canada song with “the past inside the present.” If we can get anywhere close to those kinds of vibes, I’ll be happy. Sometimes songs are a time stamp, but it’s much better if they feel present or out of time. Nostalgia by itself is kind of a bummer.

SLUG: What were some of the highlights the band experienced when you recorded the album and toured for it 10 years ago?

ZR: I remember when people used to listen to entire albums front to back, open a newspaper and fold and turn the pages as they read, point their cameras toward things other than their food or face, read entire interviews of self-important bands endlessly blathering on about themselves. The good stuff.

SLUG: My wife and I saw you in Salt Lake in 2006 at a venue called Kilby Court. Your set was what we hoped it would be, but your encore was something that moved me then and remains something I can easily recall today. You suggested that evening that everyone go outside into the courtyard to wrap the show. You unplugged, gathered people around the fire pit and sang “Eyes” as it lightly began to rain. You were surrounded by fans, you were approachable and down-to-earth and you lightheartedly gave us a beautiful experience. Do you remember that? What are these moments like for you, as the artist and performer?

ZR: You know, there’s two sides to everything. I do remember that night. In fact, I remember what happened after the show. We were all hanging out outside of the venue, chatting and whatnot with people who were at the show. Suddenly, across the street, one of the closed shops caught on fire and within probably less than a minute, the entire store was engulfed in massive bright orange flames. And the thick black smoke that looked like a big demonic dragon shot in nearly every direction while windows popped like silvery confetti. Kind of put a definitive exclamation point on the evening.

SLUG: That was before you released Asleep at Heaven’s Gate, and a lot can change in that amount of time. Has it felt like a long, or different, time for you?

ZR: Considering that was even before Obama was President, yah, I’d say so. We need a new formula for the perception of time. Some kind of a cross breed of Moore’s Law coupled with the general feeling that everything accelerates as you age: Unbridled and uncontrolled technology + the wisdom of living through another year + knowing that ultimately, no matter what you think you know, you really know very little = time.

SLUG: Over the course of the last 10 years, what has changed? Specifically the philosophies, approaches and ways the world is perceived by you and conveyed in your music?

ZR: We are on the cusp of some major paranoia. Totally well-founded, too. I was staying at a friend’s house in L.A. recently while he was out of town. They have one of those home surveillance systems. So, I walk up to his front door, and BOOM—he called me because he got a message on his phone that I was there. Dude could see me in the camera as I was talking to him. The camera lens he was watching me from was not all that dissimilar from HAL. I was walking through the house thinking, “Is every word I say being listened to? Could it be?” So the question isn’t about whether music is different: Everything is different. Shit, truth is different. Waiting for the bus is different. Freedom is different. At some point, we are going to have to recognize that the glorious machine we call a brain isn’t meant to commingle with the current digital systems we have in place. We can’t keep up. And it’s bumming everyone out. I still really love guitars and synths though. I was writing a song in my bathroom yesterday morning, sipping coffee, listening to the birds outside.

SLUG: After the tour, what is on the horizon for Rogue Wave?

ZR: Not thinking about it yet. Don’t know if the world needs or wants another Rogue Wave LP. I’ve been writing a lot for about a year. Might just keep it to myself this time.

Rogue Wave are playing Wednesday night, April 25, at Urban. If you love the band, or have ever loved them in the past, I wouldn’t miss it. The show shouldn’t disappoint—the Archers of Loaf analogy alone should squash any second guessing. If you aren’t familiar with Rogue Wave’s calm indie pop delicacies, the show might be just what you need to feel good on a bad day when you might be wary of a world that is always changing the rules. Who knows, the band’s ability to play memorably may provide some positive recollections for years to come.