Sarah Cracknell, the glamorous chanteuse of the iconic British indie band Saint Etienne, has always possessed one of pop’s most incandescent and shimmering voices, capable of eliciting euphoria against a synth-driven beat; heartbreak over a strummed guitar; melancholia and longing over the varied electronic and stripped down sounds the band—now in its astounding 25th year—has experimented with over the years; but, above all else, a simple charm. 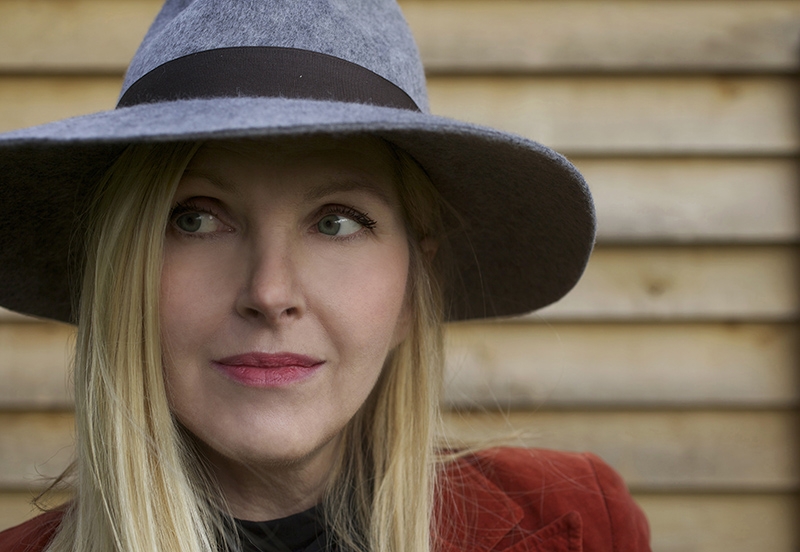 Sarah Cracknell, the glamorous chanteuse of the iconic British indie band Saint Etienne, has always possessed one of pop’s most incandescent and shimmering voices, capable of eliciting euphoria against a synth-driven beat; heartbreak over a strummed guitar; melancholia and longing over the varied electronic and stripped down sounds the band—now in its astounding 25th year—has experimented with over the years; but, above all else, a simple charm. Chic and mod, Cracknell’s style and voice have complemented the band well (from a modernized ’60s girl group pastiche to disco dolly to balladeer and seemingly back again) as well as the many side projects and collaborations she’s lent that voice to. You’d be hard-pressed to find anyone else in popdom today who can convey so much with a seemingly-simple “la la la,” but makes it sound fluently easy.

Those familiar with the band likely remember her slightly-ahead-of-its-time 1997 solo album debut—a gem called Lipslide. Mostly upbeat and dance-oriented, its b-sides were unique for possessing a shared-trait with her band: quality tunes that could have been album tracks. Released three years later stateside—with new tracks on it and also on the generously pretty Kelly’s Locker EP—most (but not all) of these songs made it onto 2012’s remastered deluxe edition, which also contained more new material and demos. 18 years later, those expecting a Lipslide sequel should probably look elsewhere, as Red Kite’s 12 mostly bucolic tracks envelop the natural elements surrounding their recording, yet sound modern and fresh, revealing layers of beauty and an indelibly rich background through repeated listening. In other words, it’s been more than worth the wait.

Produced and recorded by Carwyn Ellis (Colorama, Pretenders) and Seb Lewsley (Edwyn Collins), Red Kite possesses an economy and purity that benefits it, and the fanciful album opener “On the Swings,” with its swirls and woodwinds, is a perfect taster for what’s to come. Manic Street Preachers vocalist Nicky Wire is an apt foil for its lead single—the smashingly catchy duet, “Nothing Left To Talk About,” which subtly nods to Cracknell’s Saint Etienne debut single. The urgent strums of “In The Dark” partially recall Goldfrapp’s Seventh Tree but, like the bluesy “Ragdoll,” it maintains a separate integrity to its music. The dramatic torch song “Underneath The Stars” could almost be sung by Marianne Faithful, while the delicious “Hearts Are For Breaking,” with its fuzz box guitars, oozes girl-group charm and charisma and hopefully will be a single. Joined by UK folk duo The Rails on the gorgeous folk-pop of “Take The Silver,” the orchestration and harmonizing highlight Cracknell’s versatility with adaptation to various styles and especially to other singers. Red Kite’s sole cover, an illuminating take on Mojave 3’s “The Mutineer,” features some of the prettiest vocals she’s ever done, as do the redemptive reflections of “I Close My Eyes.” The profoundly uncomplicated message of self-acceptance in “It’s Never Too Late” is buoyed by its upbeat chords and flute, while the reverb-fueled guitars and swaggering vocals of “I Am Not Your Enemy” recall a Bond theme but with more attitude. Closer “Favourite Chair” is part lullaby, part reflection of what’s come before and makes one long to hear the whole thing again.

Discussing a number of topics—from the dual meaning of her new album’s title, the discipline and freedom of a strict recording process, collaborations and trust, to the importance of how music is shared these days—I recently spoke with the charming and often humorous Cracknell. We begin our conversation examining Red Kite’s catchy duet with Nicky Wire…