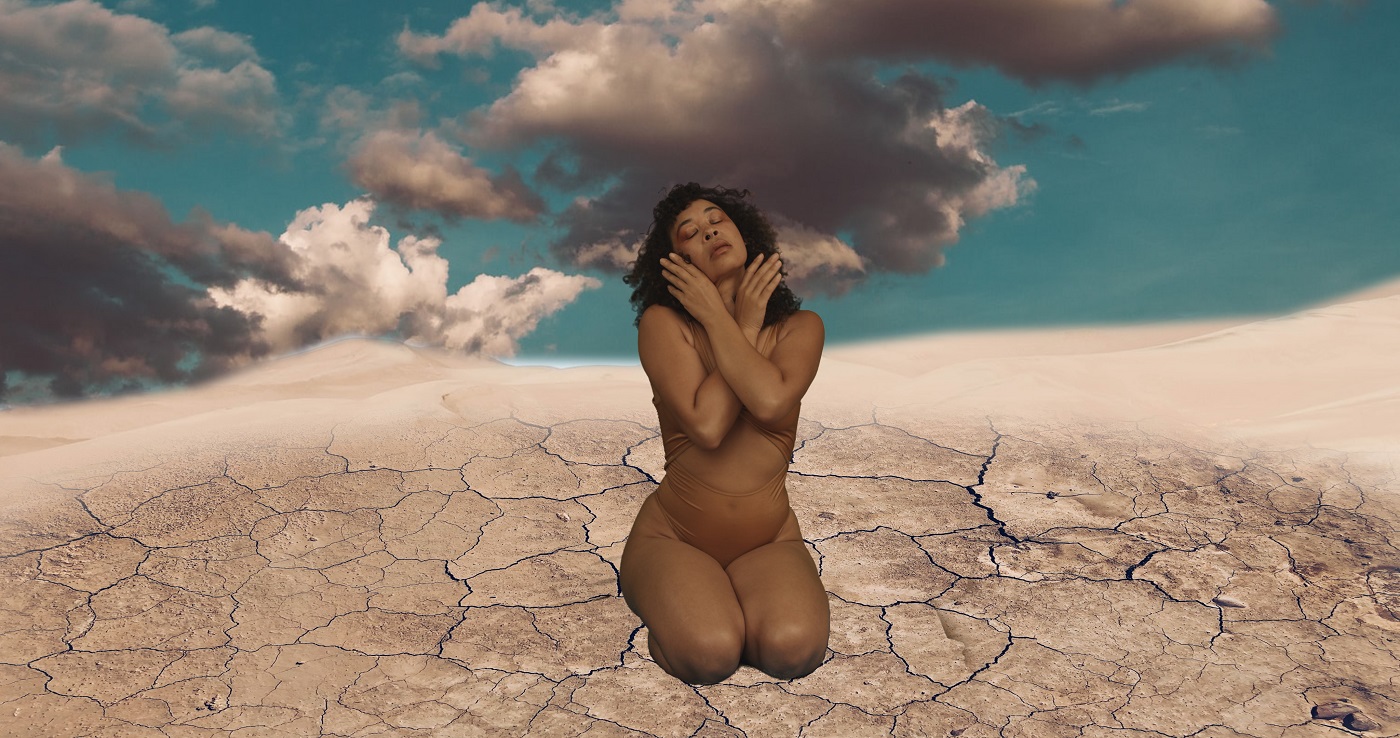 Staying in Tune to Survive: An Interview with Lexagon

SLUG is delighted to premiere “Captured Desire,” the latest single from composer, filmmaker and musician Lexagon’s upcoming album, Feminine Care. Listen to the single here, and check out our interview feature with Lexagon.

For Alexa Burrell, sound has always felt bigger than a simple auditory process. “I think part of it is navigating dyslexia, hearing differently and having some speech issues growing up that made me really sensitive to sounds of the natural world,” she says. “I grew up in a Victorian house in San Francisco, so the wood would talk to me and I knew what part of the floors would creak and whisper and hiss.” Now making music under the name Lexagon, Burrell harnesses this heightened sense of sonic personification and empathy to create a blend of spiritual exultation, personal reflection and societal processing, a brew that understands the twin importance of urgency and patience.

Burrell’s innate musical sensitivity led her to a relationship with her art that evades rigidity and embraces openness. “I can’t really ignore the ambient and natural sounds when I’m making music,” she says. “It might be my next door neighbor playing music or a car that goes by or a bird in the tree. All of that is information and texture. Rather than trying to fight it, I feel like it’s interesting to find how we can collaborate, how we can be in rhythm together, how we can build a pattern together.” These cross-species communes flood the lush atmospheres of Lexagon’s new album, Feminine Care, the artist mingling nature recordings, rapturous vocals and sampled speech alongside dense collages of electronic and acoustic sounds.

In addition to connecting her with the green Earth, music acts a means for Burrell to cross temporal boundaries and foster metaphysical kinship. “I feel like music is my path to spirit; it’s part of my tradition,” she says. “I definitely feel connected to my ancestors through sound, through voice. I think singing—and really all music, all rhythm—is ancient technology; ancient spiritual technology that helped my ancestors survive, and it’s really helping me survive this wild world right now.” Feminine Care standout “When the Tide is Low” showcases this spirituality, the electric piano melodies rollick over each other like shifting tides against an empty shore. Amid this aqueous musical meditation, Burrell looks for comfort, salvation: “Will you walk with me? / Can we hold hands? / When the tide is low / When the tide is low / Will you hold me?”

“I think singing—and really all music, all rhythm—is ancient technology.”

Burrell describes her music-making primarily as a means of “walking back toward myself”—a cross talk between her inner thoughts and her outward existence. “I feel like that is really a byproduct that I’m investigating with being socialized as a femme,” she says. “There’s this whole internal world happening, and then what actually gets shared or externalized can be a complete farce. [It] can be a completely different thing.” These contradictions pepper many moments of Feminine Care, perhaps most powerfully in the searing “Values.” The instrumental rustles with a percussive mix of shuffling paper and hollow percussion while Burrell delivers the record’s most agitated vocals, denoting the litany of desires and needs she “can’t afford”: “this city block,” “to shed these tears,” “to be afraid,” to smell a rose.” The platonic ideal of life stands against the tempered reality at hand.

Also a filmmaker, Burrell finds that temporally dependent art affords her a place to explore this necessity of contradiction and transformation in a way that purely fixed media can evade. Often culling her tracks from hours-long improvisations, Burrell’s extensive sessions inhabit the uncomfortable space of uncertainty and becoming. “I feel like if there’s time, there will be change. There’s ways that I’m listening for that moment of transformation,” she says. “It’s a place where I don’t have to be locked down to just one narrative, and I think it’s really more honest in a way to expose the complexity, the nuance, the tension.” Bolstered by the versatility of Burrell’s voice—by turns expressively balladic (“Captured Desire”) and paper-thin fragile (the whispered chorus of “Elegba”)—Lexagon pulls the many from one, exploring how living across music can shapeshift “I” or “me” into something deeper than a 2D mirror image .

“I feel like if there’s time, there will be change.”

Creating Feminine Care afforded Burrell time within this liminal space to heal amid a particularly tumultuous and dour period. Composed, performed and compiled between 2016 and 2020, the album responds to Burrell surviving while losing many friends in the 2016 Ghost Ship fire in Oakland, California, as well as the political turmoil of the Trump administration and ensuing events—four years of what Burrell calls being “intoxicated by grief.” She says, “It created a sense of urgency to share music as a way to keep record, as a way to immortalize my friends whose lives were taken away. It helped me immortalize people that I really loved. It gave me a sense of purpose when I was pretty overwhelmed by depression.”

Burrell’s artistic need to archive, process and reflect isn’t just a personal motivation, but a guiding artistic philosophy. “I feel like as a filmmaker, musician [and] artist, there’s a responsibility to document these times,” she says. “People need to know what it felt like. I’m interested in communicating feeling. In a way, it’s also a commitment for me to do my grief work [and] to not hide behind the intellectualism or all the ways that we try to protect ourselves from actually feeling. I feel like it’s one of the few things that make sense in a nonsensical, messy-ass world.” Music for self and the many, for the past present and future.

Lexagon’s Feminine Care is released by Ratskin Records on September 10.