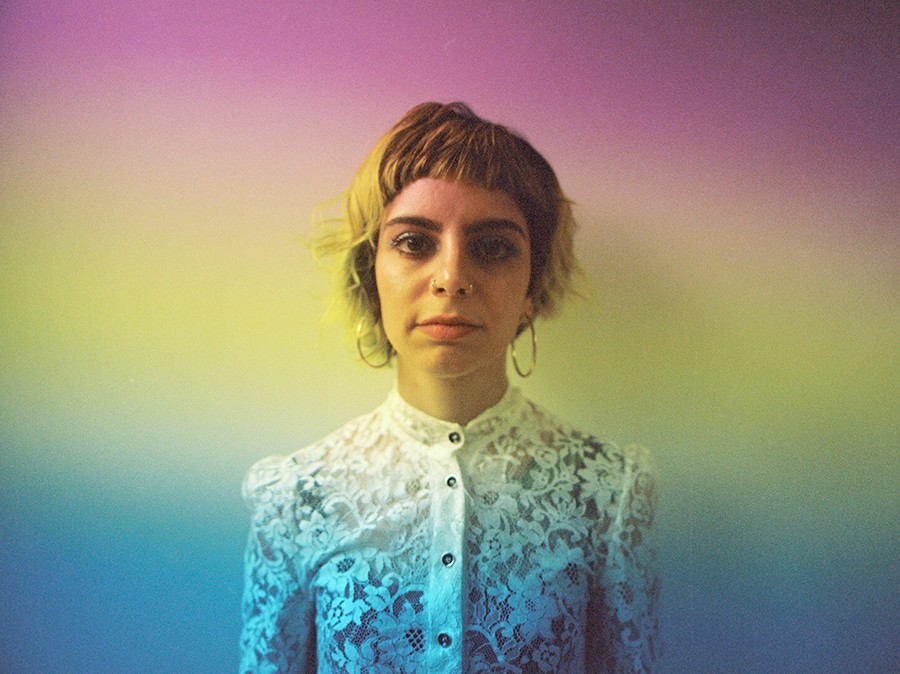 TALsounds: Living with and through Music

Encountering the music of Natalie Chami’s TALsounds project affects in nuanced, unpredictable ways. Its warm, synthesizer-and-voice ambience suggests meditative bliss, but the lingering storminess in her work gives these songs a heft, a stunning sense of purpose. Chami is a lifelong musician, leading to a current day-to-day full of music in any and all aspects. Outside of her solo work full-time position as the Vocal Chair of Chicago High School for the Arts, Chami is also a member of the improv trio Good Willsmith, collaborates with a number of other musicians and is currently working on a film score. Her new album, Acquiesce, arrives this week through NNA Tapes and carries her improvisational approach toward songwriting deeper into a space of cosmic awe. It stands taller than previous TALsounds releases, feeling both more substantial and less immediately graspable than its predecessors.

Significantly, Acquiesce was recorded following a period of confusion and quasi-respite from the TALsounds project for Chami. In the time since her last album, 2017’s Love Sick, shifts in her life led toward a reorientation toward music-making. “I had just started dating my [now] fiancé,” says Chami. “I was playing less, I think, because I was really caught up in the relationship. This relationship felt like more extremes on both ends, passionately: When something was negative it felt pretty bad, and when it was good it felt pretty good. I would play every single day, and then I [thought] maybe I should take a break from it, maybe I’m not doing anything new. Or maybe I don’t need this right now.”

“I remember having to let go and just meditate on the sounds again and get into it in that way.”

Aiding in this sustained halt was the musical pressure Chami began to feel in the shadow of Love Sick‘s tone and style. That record featured shorter, more earwormy songs, a result—in part—of the meticulous editing that formed the final set of songs. Chami initially conceived of Acquiesce in a similar vein, focusing on “making it more pop-sounding and song-structured,” she says. “When I started going in to recording after that last album, I was thinking really hard about more of a pop form at the beginning. I was like, ‘god, I can’t recreate songs!’ And I wanted to so badly. It was really challenging.”

The solution to this creative roadblock came when Chami departed from a pre-structured form of thinking and returned to the organicism at the heart of her TALsounds work. She found herself asking, “How do I improvise and just play, just for the sake of playing?” In this tried-and-true, inherently naturalistic relationship with music, Chami found a new path to explore. “Eventually, I gave myself the time to do that and not worry so much. I remember having to let go and just meditate on the sounds again and get into it in that way. I had to trust in my original process again.”

For Chami, this “original process” isn’t so much a strict set of guidelines or practices as it is a general philosophy of music based on a deep integration of the self with the art. She tells me a story about a time when Yo-Yo Ma visited the school she teaches at. A parent asked the renowned cellist how to help her seven-year-old daughter, who couldn’t seem to find the motivation for regular practice. Chami says that Ma “totally ignored the mother and said to the seven year old, ‘Listen, you continue to play your cello if you can see it as your friend, when you have no one else.’ I think that was similarly how I feel about music.” In particular, amid an upbringing full of moves, a turn toward art offered a constant sense of belonging: “I went to so many different schools as a kid; over ten schools. Music was the one thing I always felt … it was the only thing that I always had.”

This long-term, symbiotic relationship allows Chami to live with her music in a way that respects the art almost as its own organic being, as something just as autonomous, unpredictable and fickle as a living human. This bond negates a quick result, a process that can often threaten monotony and futility. But Chami insists: “Eventually, something will transform,” she says. “It will evolve no matter what. Even if it feels the same and you feel stuck, over time you will listen back and things will change.”

Following this, Acquiesce, does boast a considerable roominess, a more sustained sweep into the TALsounds world. In the place of Love Sick’s succinctness, the new numbers breathe and float. Where lead single “Soar” expands into monumental and (in Chami’s words) “lush”  territory, “Dynasty” is a thin, limitless landscape of glitching voices and agitated synthesizer loops. “I remember thinking colors for sure,” Chami says. “I thought of this album as, like, oranges and greens, actually.” This chromatic influence manifests in the record’s cover, a striking image of a hotel bedside. Of the photo, shot by Zinzi LeMond, Chami says, “I really wanted it to be dim, but also this bright light from the lamp. The vibe was intimacy, [but] definitely space. This sort of questioning intimacy and also loneliness at the same time. Solitude.”

“Even if it feels the same and you feel stuck, over time you will listen back and things will change.”

Despite (or perhaps because of) Chami’s obvious investment and faith in music, she’s ultimately skeptical of art’s ability to communicate emotion and experience. While she does cite some life experiences or sustained feelings that she remembers from the time of recording, she’s quick to question the entire nature of this artistic philosophy based on direct, conscious expression. “I think when [I] look back at things, I [feel] like, ‘Am I making stuff up now to make meaning of something?’” she says. “Sometimes, I feel like I’m making up a feeling that I’m not actually feeling, also. I think that way about a lot of art. I think it feels good to humans to put a lot of thought and processing behind something. That isn’t always accurate.”

This distancing skepticism might help explain the special mystique of Chami’s music—she delivers sounds in turn comforting and unsettling, despairing and life-affirming. These songs really might be all or none of these things, all depending on how and why you decide to approach Acquiesce. TALsounds albums don’t so much offer music for immediate emotional release as they does fit neatly into whatever space they breathe into. The music’s amorphous movements slide into the listener’s ears, soothing, warming and rounding its edges to fit new forms.

Listen to Acquiesce below, and find more information on the release through NNA’s site.