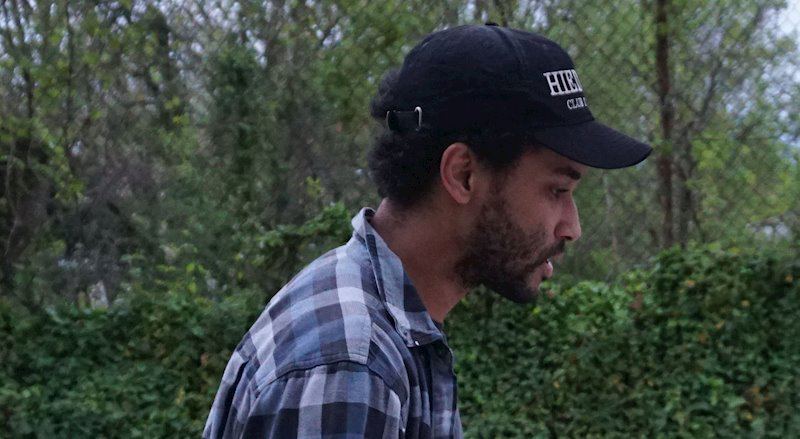 The Art of Letting Go: An Interview with Forest Management

The Chicago-based artist John Daniel’s music as Forest Management can often be disarming in its sparsity. Even within the already minimal fields of drone and ambient, Forest Management albums feel especially airy and slow-moving. Daniel cites a similarity between his musical approach and the delicately paced work of filmmakers John Cassavetes, Ingmar Bergman and Sophia Coppola, and an encounter with previous Forest Management albums such as Passageways (released earlier this year on Whited Sepulchre) or 2018’s Unifactor-released Rotating Angle offers a similarly shadowy, pastel-flavored timbre as these artist’s films.

These types of cross-media inspirations are a recurring theme in Daniel’s work, but he is first and foremost a lifelong musician. After becoming acquainted with longer, more patient sounds when playing in post-rock bands in high school, Daniel eventually moved into the drone field that he now works in. “I just found this bond with really clean, tonal sounds,” says Daniel. “It really fascinated me; the natural warmth that these sounds have.” Daniel’s instrumental approach has also been moving toward increasingly stripped-back territory. For the last three or four years, nearly all of his music has been produced through digital manipulations of samples. “I do miss instruments,” he says, alluding to a hopeful return to more tactile performance in the future.

“I just found this bond with really clean, tonal sounds.”

Outside of his own musical endeavors, Daniel runs three independent labels: Reserve Matinee, Afterhours Ltd. and Sequel, the last of which is CD-oriented and will be putting out its last few releases in the coming months. Daniel’s clear dedication for the U.S.’ independent music scene stems from his love for the arts and community, but he’s far from oblivious to the trials that such scenes are facing in the 21st century. While he feels that much of this stems from a lack of connection within musical communities (“you can’t book shows if people don’t come out,” he says), Daniel also sees inherent structural forces preventing independent musicians from shining. “It’s a tough thing to do,” he says. “[There’s] a lack of resources [and] spaces. It’s not soundly built like an art school.”

Daniel’s upcoming album, After Dark, further builds on the minimal processes and sonic staples of previous Forest Management releases. The entire 65-minute album is an extreme remix of the French Impressionist composer Claude Debussy’s La Mer. In keeping with his minimal gear setup, Daniel created his new album by ripping vinyl samples and, in his own kind words, “really fucking them up.” The result is an immersive album of drone music that feels more massive and darker than much of his recent work. The airiness that marks Passageways is replaced by a murkier tone, as if the manipulated Debussy samples offer a submerged counterpart to the floating, wave-like qualities that the original composer was trying to convey.

“One of the things with these Impressionists [composers] is the way they were also inspired by literature, painting, etc.”

Debussy’s La Mer is one of the French composer’s few orchestral pieces and arguably one of his most lauded and recognizable. Despite being sourced solely from this piece, Daniel consciously distanced himself from the piece’s core themes, instead building off of its emotional timbres and forming his own sound world: “I really focused on intervals of mixing,” he says. “At a certain point, the audio I process just dissolves into a whole chain of effects. I keep doing things over and over.” Even without knowing where these sounds originated, After Dark’s warm, ever-cumulating drones comprise some of the most forward and immediate work Daniel has produced in years.

Still, Daniel didn’t just use this historic piece of music as a jumping-off point, and After Dark retains some of the impressionistic feelings associated with the original material. “You can still ‘feel’ the themes,” he says, noting how he often catches lingering bits of Debussy-isms (particularly the string writing) in the final product. More than on a purely sonic level, however, Daniel feels connected to Debussy in his overall artistic approach. “One of the things with these Impressionists [composers] is the way they were also inspired by literature, painting, etc.,” he says. A variety of “very romantic” inspirations inform Daniel’s work (such as the aforementioned art film directors), and he’s always looking for more outside input for his art. Most recently and perhaps most musically distant, After Dark will be released alongside a line of artisanal soap meant to accompany the listening experience.

“It’s really essential to release thoughts, memories, energy. Each one has its own story.”

On After Dark, as is the case throughout Daniel’s catalog, the musician heavily incorporates themes of memory and nostalgia. “[I use] the idea of memory [as a means of] letting go of some things,” he says. “It’s really essential to release thoughts, memories, energy. Each one has its own story.” If Daniel’s creation of this music is meant to help him cathartically reckon with the past, the listener is also given the chance to cope with remembrance through his music. With evocative track titles like “Patterns in the Carpet,” “The Grand Lobby” and “Walk Along Broadway,” After Dark feels rooted in a strong sense of place. Just as Debussy’s music is manipulated beyond recognition, so too do these images call upon a full memory without ever moving past a hazy image.

If much of the discourse surrounding Daniel’s music—a lack of strong artistic communities, a loss of memory, dismemberment and destruction of sound sources—feels grim, it’s even more powerful that the resulting album serves more as an empathetic beacon of consolation than it does a collective wallowing in pity. After Dark is released by American Dreams on Nov. 29, and watch the video for the single “The Blue Light Blues” here. Find more of Daniel’s music (both his own releases and his label curation) throughout various parts of Bandcamp.