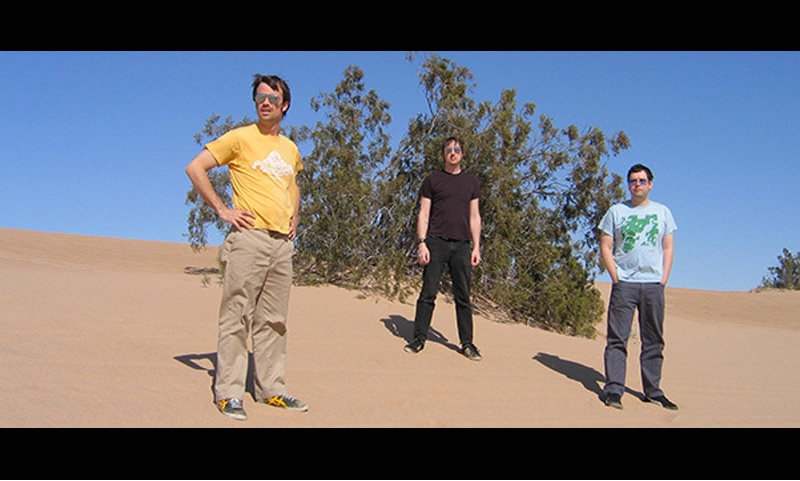 The Fucking Interview: Metal, Recording and Life according to The Fucking Champs

In the current underground music scene there just aren’t many bands that can claim to have placed 24 guitars on a single track, or brought down the house with a Johann Sebastian Bach cover, complete with harmonized guitar solos. Yes, I am afraid the golden age of metal has died, with guitar virtuosity taking a back seat to increasingly harder and simpler trends in metal. Fortunately, The Fucking Champs carry on the torch of metal with international anthems such as “Summer Knights,” “Air on a G-String,” and “Thor is Like Immortal.” Even more fortunately, Phil Manley, guitarist for The Champs (as well as Trans Am), was kind enough to spare our lives at SLUG and answer the deepest mysteries of the universe.

SLUG: What do the fucking champs bring to metal that makes the band appeal across such a diverse fan base?

Phil Manley: Well, we are not “metallers,” “hessians,” or “metalheads.” You could classify the music we play as metal – but even that is a bit of a stretch – we like to call it life metal. There are some life-affirming positive sides to our music that are normally not associated with metal, which is usually doomy and gloomy – there is more positivity, it is more hopeful.

SLUG: While everyone else in making metal that is simpler and harder, why do the fucking champs insist on making music that is more complex and orchestral?

Phil: The Champs write songs as modern baroque music, very ornate. The idea is to make it as complicated as possible while still being able to play it. There is discussion of writing songs that are so hard to play that the band had to break up. That hasn’t happened yet.

SLUG: What is the single best riff in the history of music?

Phil: “Cashmere” by Led Zeppelin – its certainly the most evil.

SLUG: A lot of studio work goes into Fucking Champs songs, for example, there was once a track with 24 guitars overdubbed on top of each other, where did this idea come from?

Phil: For that particular track, it started as a joke, but the joke wouldn’t be funny unless somebody actually did it. It was a very maximalist approach. Which is funny, because you can tell the difference between one and two guitars, and two and three guitars, but after that it gets weirdly smaller – it starts to get blurry.

Phil: No, it is a weird double-edged sword. Both Tim Green and I work as recording engineers. We both started as amateurs, were never formally taught, and are still developing our skills. Today, so many people have their computer rigs, and really these rigs have become a glorified four tracks, and bands choose not to go to a studio. Ultimately, you get what you pay for; a lot of crappy recording. I don’t think everybody appreciates going to the studio and the process involved. Bands will record on their computers and wonder why it doesn’t sound like what they are used to hearing, and it is because of crappy recording.

SLUG: Or the band is just terrible.

Phil: More often that is the case.

SLUG: What inspired the Trans Am / Fucking Champs collaborations Transchamps and The Fucking Am?

Phil: Trans Am heard the Champs 10 years ago. We [Trans Am] heard a tape on tour, we called the Champs to ask if they wanted to come on tour with us – and after that the two bands became friends. After touring together, we came up with the idea – Trans Am had a similar studio in Washington D.C., to Tim Green’s studio in San Francisco.

SLUG: So how were the Transchamps /Fucking Am albums composed?

Phil: The champs would send us a reel of two-inch tape, which would have drums and keyboard, or only a guitar part and maybe a click track. We would work on those, and then do the same thing, send them half-baked ideas, and then come together and mix an album.

SLUG: Will there be another Trans Am & Fucking Champs tour? Perhaps with live Transchamps/Fucking Am performance?

Phil: I wouldn’t rule it out – although Trans Am doesn’t tour as much anymore. We have done the collaborative shows abroad in New Zealand and Australia, and once in San Francisco for a new year’s show. Each band would play a set, and then everyone would play together.

SLUG: How well does a live show capture the sound of the Fucking Champs?

Phil: The live show is The Fucking Champs – no matter how good of a studio you have, you can’t capture the wind coming out of five Marshall cabinets.