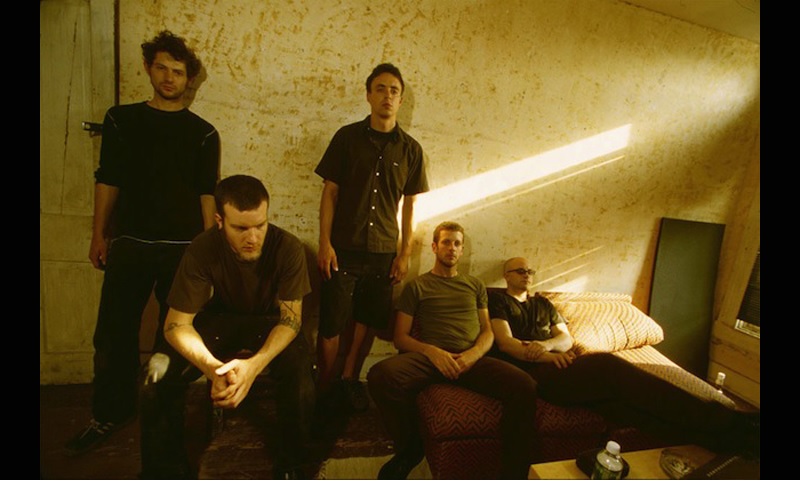 The Inevitable Evolution of Isis: An Interview with Aaron Turner

In September of 2002, a Boston-based band called Isis released its second full-length album, Oceanic (Ipecac Recordings), and shattered the boundaries of heavy/aggressive music. Back in 2001, the group released Mosquito Control EP (Escape Artist), which was epic in its heaviness, but still experimental enough to immediately draw comparisons to metal and punk heavyweights Neurosis and Bloodlet. That same year, they put out Celestial (Escape Artist) and its accompanying EP Sgnl 05 (Neurot Recordings).

[Isis]At the end of 2004 we now see the release of Isis’ new full-length record, Panopticon (Ipecac Recordings). Where Oceanic found itself very natural, earthy and atmospheric, Panopticon takes us to a place of claustrophobia, technology and surveillance. Inspired by French philosopher Michael Foucalt, it explores the Orwellian world of a society constantly being watched and recorded by the all-seeing eye of power.

After thoroughly listening to Panopticon for the first time, I got on the phone with vocalist/guitarist Aaron Turner at his office. I mentioned my admiration of the Mosquito Control EP and the gradual evolution of melodics and electronic synthesis through each release. He obliged the remark by giving me a brief history of their writing process so far.

“Ever since the beginning, it hasn’t been like a dictatorship or anything. Certainly for the first few releases, I wrote a lot of the basic riffs, but we’ve always contributed as a whole to the overall arrangement, especially with the newest album, we all collaborated equally.”

As varied and eclectic as Isis is, where do they find their inspiration, classical composers, avant garde jazz progressive musicians?

“It’s really hard to narrow it down to one specific thing, since we all listen to so much different stuff,” says Turner. “We started by basing the music off a lot of the contemporary underground heavy bands at the time: Today Is The Day, The Melvins, Neurosis, Godflesh, Eyehategod. But, as time has gone on, I think a lot of the other things we listen to have crept into the fold, from hip-hop to avant garde compositions to minimalist techno to black metal and classic rock.”i

Isis has drifted with one foot still planted in their forceful, stripped-down roots of grinding distortion and Turner’s wailing vocals to explore the wide territories of melodics and atmosphere.

“We kind of got a hang of the heavy, oppressive, dense riffing from the very beginning and it has been a journey ever since then into some of the more delicate and atmospheric melodic elements,” says Turner.

Isis is known for having a conceptual theme for their records. Whether it be the spacey science of Celestial and Sgnl 05 or the deep natural emotion of Oceanic, there is a constant movement of thought that continues through every album.

“We wanted to have albums that weren’t just grab-bags of songs but rather a cohesive experience from beginning to end, from the music to the lyrics to the layout of the record,” says Turner. “It’s almost a contradiction in a way, but the songs now feel more simplified to me because they flow so much better. Yet the parts individually are more complex.”

Unlike a lot of truly complicated bands today, Isis intertwine the talent and complicated musicianship of their music with minimalistic emotional soundscapes. It’s not music that was made for the sake of sounding talented or technical.

“That’s a problem that I have with a lot of hardcore and metal bands today, it’s so much about, essentially, guitar theatrics,” says Turner. “If someone is truly talented in that capacity, then that can make it interesting in and of itself, but now there’s just this glut of tech-death metal and hardcore bands and it has lost any appeal that it had at all.”

The heaviness of Isis hasn’t worn off; they’re not a bunch of seasoned old guys who lost their edge, going quietly into the mainstream of melodicism. Being “heavy” doesn’t follow a template.

“My definition of heavy isn’t limited to bands who have ‘chugga chugga’ guitar parts,” says Turner. “I consider a band like Dalek to be just as heavy as us, but in a different way. A band like Low is also very heavy to me; it’s just in their atmosphere and vibe. Isis fits that definition of heavy in that way, and there are certain elements of our music that are heavy in the traditional ‘metal’ sense of the word.”

Subject matter is just as threatening and powerful as the loudest or fastest blizzard of brutal music. The very physical layout of Panopticon is filled with Foucalt quotes, and where most bands may place lyrics, Isis input abstract passages which lead the reader/listener in no particular direction which establishes a tone of insecurity and a complete loss of privacy.

“It just seemed really relevant in the context of the lives that we’re leading right now,” says Turner. “I mean, technology has advanced to a point of science-fiction magnitude.

“On a side note, part of the inspiration of the record was how authors like Phillip K. Dick or George Orwell or Ray Bradbury wrote these fictional pieces that have become prophetic in a way. I just felt like now is the time to address this stuff; we tried as far back as Celestial, but weren’t really able to articulate it at the time.

“We’re not a political band, and it’s not an overtly political subject, but politics are pretty much impossible to ignore at this point. Historically speaking, back to the very dawn of civilization, artists have always been the heralders of protest. In this day and age, I think artists are somewhat responsible to use their political platform to make people aware. We’re not preaching one way or the other, but it’s for those who need a slight kick in the ass to investigate the world around them.”

Go see Isis with These Arms Are Snakes at Lo-Fi Café, Nov. 21. You won’t be the same afterwards.