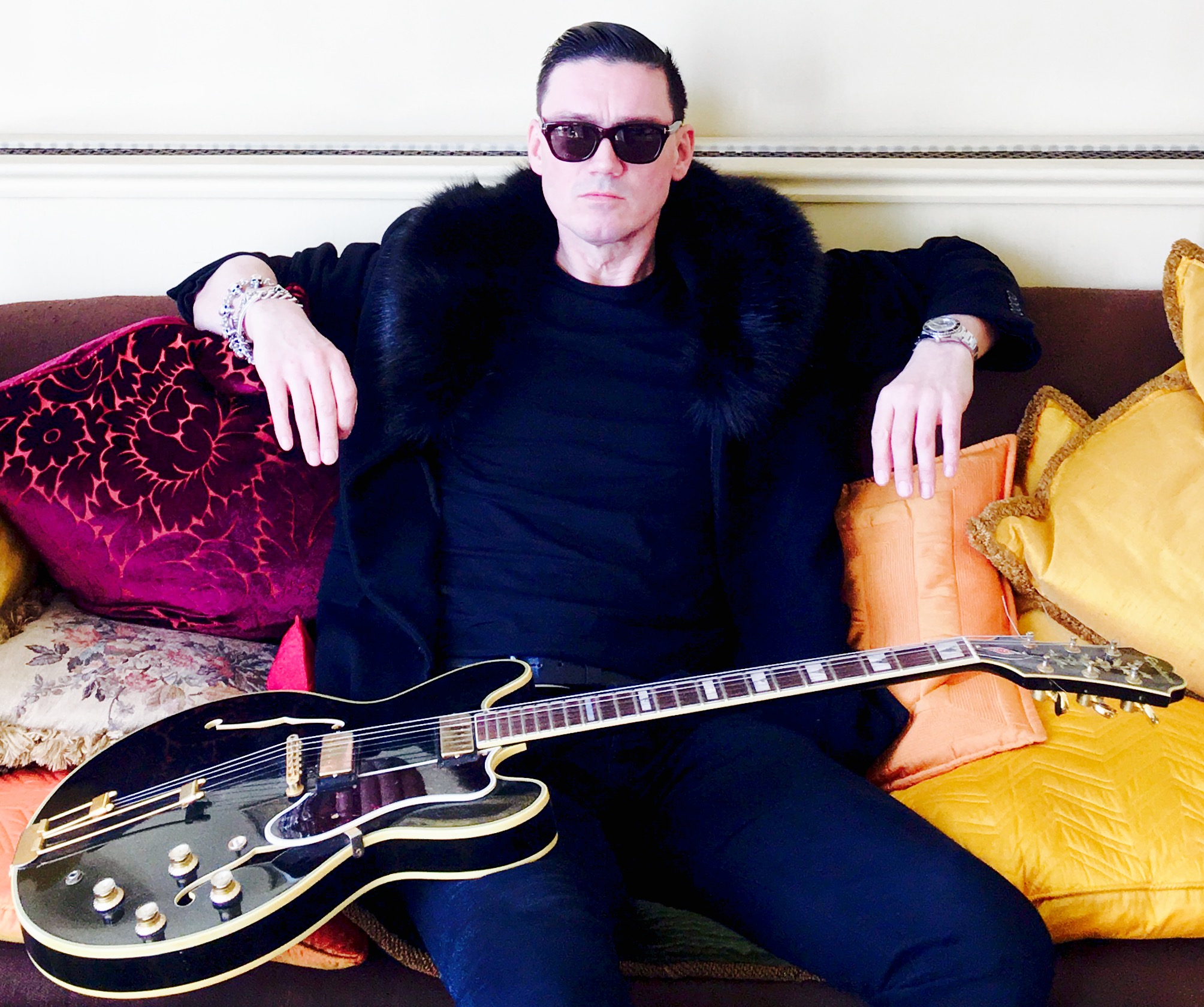 The Lord of Lard Raymond Watts, took time out of his birthday, of all days, to have a conversation with SLUG Magazine about <PIG>’s upcoming album and tour. During the time of our conversation, Watts was working on gathering the troops for the little war they are going to wage on the smaller venues of North America. <PIG> will stop on Sept. 28 at Area 51 for the Dark Arts Festival.

The tour is a reunion of former <PIG> band and tour mates, and Watts could not be happier about it.“It is all very different but it is all the same. All accoutrements are the same,” says Watts. “The approach seems to be more enjoyable this time.” While Watts did enjoy previous tours, this iteration of touring and music writing was not desperately needed, from a financial perspective, and it comes from a place that has a more to say. “You are not doing it just because you have to,” says Watts. “You are doing it because you want to, and it serves a different purpose creatively.” Watts says he was working on other non-music projects quite happily before this came up.“I really enjoy the people I am working with and they seem to be reading from the same hymn book,” says Watts.

As for the meaning of the title of the new album, The Gospel, Watts says, “You do things in bursts. Everything came together really quickly with this particular incarnation of the <PIG>.” Watts goes on to explain, “This collection of material did fall under one umbrella … I needed a hook to hang the whole coat on that was stitched together with the constant parts.” This release has quite a few electronic gospel elements as well as rock and industrial. “If it has got a bit of humor, I am quite down with it, and it can be a bit preposterous as well,” Watts says, laughing.

Listeners will notice a softer feel to the new album—Watts was not concerned with making it a harsh one. When asked about the creative process, Watts says, “Here are the ingredients, let’s just see what the cake looks like and then put them all together.” He had no way of knowing how it was going to turn out—he was just mixing the ingredients in, resulting in an album that is stimulating and has you yearning for whatever is coming at you next.

It has been quite a few years since fans have heard anything from the <PIG> project, and one wonders what an artist like Watts does when he is not creating music. Most recently, Watts lived out in the country, where he took care of a huge pack of dogs and did not listen to or write music for a while.“Not doing things is really important sometimes,” says Watts, imparting a sense that when you get away from something for several years and go to out in to the wilderness, you just come back with a different feeling. Some of the music he did do was with his old friend John Gosling of Psychic TV—they had somewhat of a Zos Kia reunion. Through the years, Gosling and Watts have always stayed in contact and worked together. When legendary fashion designer Alexander McQueen needed something special for a show, he turned to the duo. Gosling suggested that Watts meet the fashion icon, and from there, Watts and Gosling started doing music for films, gallery installations and runway shows, including an artsy piece for the famous designer Halston. The final show before McQueen’s death featured the <PIG> instrumental track “Inside” from the Genuine American Monster album.

When it comes to Watts’ influences, he listed classic bands like The Clash, T. Rex and The Monkees, but it seems that the people he collaborates with are those who influence him most, like Einstürzende Neubauten and Psychic TV. “Some of the people I worked with in Berlin during the ’80s were really out there and generous with their sounds and creativity,” Watts says. “I really have enjoyed working with the people on this record, because they have influenced me.” Guitarist Mark Thwaite and Watts have never personally met, but they have collaborated on pieces by exchanging files and writing songs together. Thwaite in turn introduced Watts to Z Marr from Combichrist. Together, Z Marr and Watts pounded out and co-produced the album in a period of 10 or 11 days, with En Esch contributing as well. “The whole is greater than the parts,” says Watts.

Watts explained that the underground life during the ’80s was quite different from what it is today. The quality of sound on the 8-track relics and oil drums must have been fascinating to watch. The story Watts tells of going on tour with Einstürzende Neubauten captures the true roots of industrial music. It seems like a tedious tasks for musicians on the road, but before their American shows, the pair would go to a junkyard and grab any metal items that they could fit into the back of a truck or van, and mic it up for the show, dispose of it after and then do it again in the next city.

<PIG>’s performance will feature a legendary lineup with former KMFDM members En Esch, Guenter Schultz and Lord of Lard Watts as well as Z Marr and Galen Waling of Left Side Down. I took the chance and asked about a full KMFDM reunion. “I don’t think so. I will be quite surprised if that were to happen—quite surprised,” says Watts. “I am always open to things. I really don’t look over my shoulder too much, but if the cards fell in a certain way, I may look at them. But yeah, we’ll see.”

Be sure to catch <PIG> headlining Sept. 28 at Utah’s Dark Arts Festival at Club Area 51. Get there early to catch the equally amazing supporting acts, including En Esch and Peter Turns Pirate.