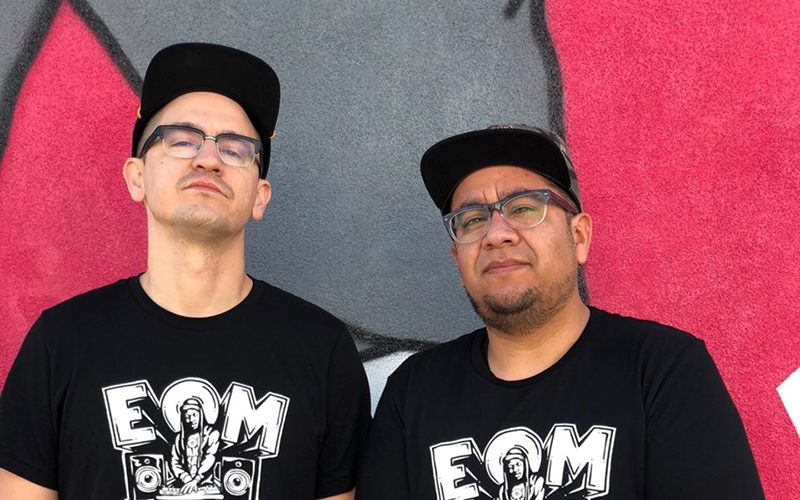 Wax On: An Interview With Rapper Wax

It’s hard for a music critic to admit that he or she doesn’t know about an act that seemingly all their peers are privy to. I had to swallow that tough pill Wednesday at Urban Lounge while waiting on Devin the Dude to rotate to the stage for the second time in nearly a year for his D-Tour. Surprisingly, there was significant chatter about an opening act. The word was that he might not show up. People were getting anxious. “Who is this ‘Wax’ dude?” I thought, “He can’t be that good!”

Turns out he is a good rapper and a decent guy when it comes to giving struggling journalists interviews. I pulled him to a dark, smoky corner of the back patio to ask him some questions.

SLUG: What’s your connection to Salt Lake City?
Wax: I honestly don’t have a lot of connections. I’ve been here four times, but every time I come here it’s very brief, but it’s a beautiful place, visually.

SLUG: How did you get the name “Wax?”
Wax: To be honest with you I don’t really know. I was really young when I started going by that name. I think I just thought it sounded cool. I think it was just about the vinyl, the wax.

SLUG: Let us know a little bit about who you are.
Wax: My name is Wax, I’m originally from Dunkirk, Maryland. I’ve lived in Los Angeles for, like, twelve years now. I do music, I rap… I kinda sing and write songs. I’ve been doing it for a long time now. Check me out on Youtube: youtube.com/user/waxandherbalt.

SLUG: Tell us about your latest project.
Wax: My latest project is called The Cookout Chronicles; it’s a mixtape. You can get it on iTunes, Spotify, et cetera. It’s just laid-back, vibe-y hip-hop that you can play at your BBQ.

SLUG: One of the first things that stood out about your set was the infusion of genres. How does convergence of different styles add to your sets?
Wax: I think it adds a level of versatility in bringing the energy up and bringing the energy down. It makes [my set] more like a roller coaster than a merry-go-round.

SLUG: So, what should we do when we are visiting Maryland?
Wax: Eat crabs. We’re known for crabs. Blue shell crabs, you peel ‘em and you eat ‘em. Natty Bo (National Bohemian) is the beer we drink. Well, that’s what the people drink there. I drink Mexican beer, Modelo.

SLUG: What was your favorite moment in hip-hop?
Wax: My favorite album is probably Bizarre Ride II the Pharcyde, The Pharcyde’s first album. I just listened to that shit a million times — everything was real funky. I was young so I didn’t even know what people were talking about. I listened to Public Enemy and I was like damn, my eight-year-old mind just didn’t know. I was repeating the words and I didn’t even know what he was talking about. I just liked the rhythms.

SLUG: Has a Wax fan ever surprised you?
Wax: Last night these two dudes drove 8 hours from Canada to see the show in Bozeman, Montana.

SLUG: How did you get on a tour with the Dude?
Wax: We have the same booking agent. [Our] tours crossed paths in Bozeman and Salt Lake City, which is amazing because I love Devin the Dude.

SLUG: What’s the worst part about being on tour?
Wax: Lack of sleep. Tomorrow we gotta drive ten hours, we’re gonna get like three hours of sleep. That’s what makes you get sick. You always get sick on tour, because you don’t sleep, the temperature change fucks you up. Being in a van with a bunch of other people and one of them gets sick—everybody gets sick.

SLUG: If you could have any DJ in the world spin at your birthday party who would it be?
Wax: Tony Touch.

SLUG: What’s your “top 5” rappers?
Wax: My top 5 would change every day. But right now, I gotta put Devin the Dude in my top 5. Black Thought. Today we were listening to a lot of DOOM, so I gotta put him in there…. Too $hort and Chuck D.

SLUG: Who are some of your favorite newer artists?
Wax: Kali Uchis. My DJ just put me on to her this week.

Interruptions from Utah rapper Phil Maggio notwithstanding, I had a good time interviewing an artist that I’ll be keeping tabs on in the future. I’m awake now (I mean, he had a Def Jam deal in 2011.) Wax’s set was creative, high-energy, sonically diverse (he even played the guitar) and skillful. He made a true connection with the audience well before his performance and didn’t disappoint, converging a myriad of different styles and themes in production and lyricism.

But don’t take my word for it…