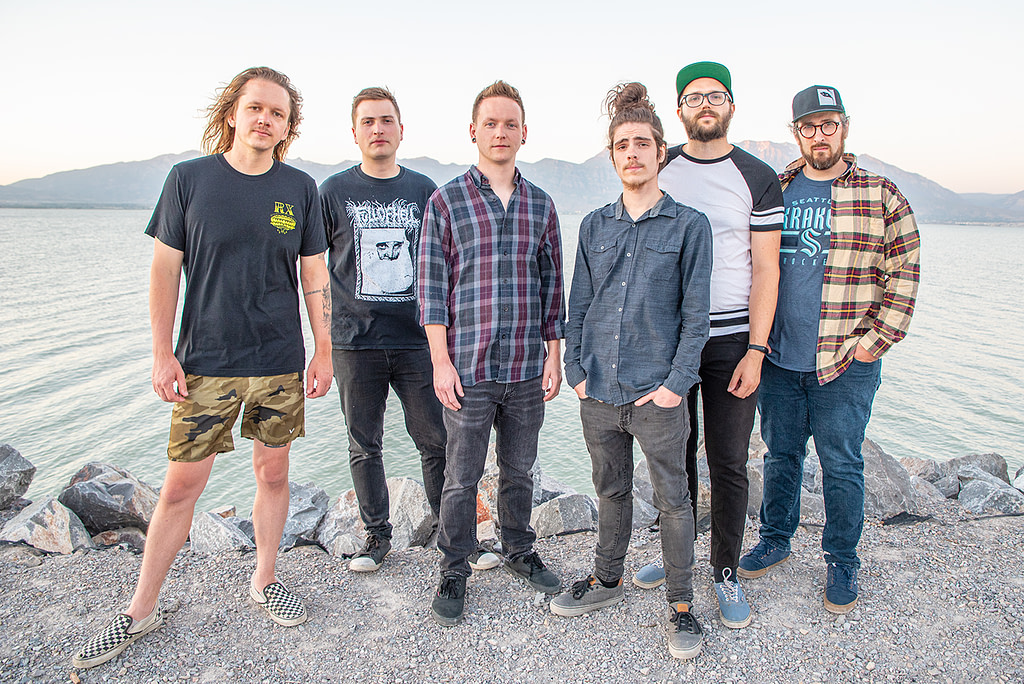 As the temperature rises, people are eager to get out after an intense year of staying inside. Luckily, SLUG Picnic is quickly approaching and features three bands eager to get out and perform live once more. The show kicks off with No Shooting Friends, Joseph. Joining are veterans of the local music scene The Anchorage and opener Decent Animals. The show is on July 31 at the Artspace City Center 230 S. 500 West. Tickets are $5 a piece with picnic seating at 5:30 p.m. and music from 6 p.m. to 9 p.m. SLUG Picnic is Sponsored by Sparrow Electric, Dented Brick Distillery and Utah Brewers Co-op.

Over a decade ago, The Anchorage formed when a group of friends got together and started making music that they love. Members Derek Harman and Jason Bohman became friends when they were in separate groups. Bohman plays drums and ended up filling in one evening for Harman’s band around 2010. During rehearsal, they came up with something that they loved the sound of, and thus began The Anchorage. “We really dug the style that came out and recruited some friends that were awesome musicians. Eleven years later we still love doing it,” says Bohman.

The Anchorage has a unique sound that incorporates several genres in their music. For example, on “Weird Night Sleepy Day,” listeners are greeted with crunchy, high-energy guitar that sounds like it’s from an emo or punk album before an exciting horn section enters. The two are blended together seamlessly and create an alluring and lively sound you can headbang to. The Anchorage enjoys having a unique sound that can appeal to different listeners. “We have a pretty diverse taste in music among our band members,” says Bohman. “I’ve always been a fan of finding a unique sound for your music, and I think that naturally happened, given our different backgrounds.”

“We really dug the style that came out and recruited some friends that were awesome musicians. 11 years later we still love doing it.”

One thing that sets The Anchorage apart is their ska influence. One of the key elements in ska is the use of horns. The Anchorage has Tyler Webb on trumpet, Evan Wharton on trombone and Myles Lawrence on tenor and bari sax and guitar. The band flawlessly incorporates the wind instruments within their gritty emo/punk style. Bohman says he’s always been drawn to the energy dynamics of ska. “Ska music represents and promotes unity and inclusion,” he says. “Who doesn’t have fun at a ska show?”

Without hearing The Anchorage’s music, it can be hard to describe; it’s something you have to experience for yourself. “Depending on the song it can be a form of alternative rock, other songs are more reggae, most of our music has some strong elements of ska. We’ve got something for everyone!,” says Bohman.

Because The Anchorage has been a part of the local music scene for so long, they’ve gotten to know other local bands and owners of venues very well. “There’s some incredible individuals in Salt Lake’s music scene. Some venue owners truly are so supportive of the local musicians,” he says. He cites The Beehive and Kilby Court as two particularly supportive spots. “There are many members of the scene who work super hard to help the venues however they can so the venues are able to stay available for the local level musicians to use. Just a great community,” he adds.

The Anchorage has plenty of support from other musicians and venues, but they also have emphatic support from their fans. “I’d call our fans more like our friends,” says Bohman. “Most everyone who comes to our shows close friend of ours, and it’s always fun when new faces come into the crowds. A lot of the people at shows are in bands themselves, so it’s fun to play shows together and just support all of our music.”

Before the pandemic, The Anchorage released an EP in early 2019 entitled What We Go Through. Because the world was put on hold, they were able to set time aside to work on new material. “While we definitely would have much preferred not having the pandemic, the lack of shows allowed us to dedicate ourselves fully to writing a new album,” says Bohman. “We took a pretty different approach this time around that we probably would’ve never done otherwise.” The focus was on writing and recording one or two songs at a time instead of all at once, according to Bohman. “It worked really well and scratched the instant gratification itch at the same time by tracking a whole song in one day,” he says.

“While we definitely would have much preferred not having the pandemic, the lack of shows allowed us to dedicate ourselves fully to writing a new album.”

Bohman says that quarantine also gave the band a much-needed restart. “We were able to step away from the routine we were in and really develop a writing process that works for us,” he says. Now that they’re feeling reset, The Anchorage is ready to get out and perform live again. “It’s one of my favorite feelings in the world,” he says. “I really can’t wait to play the new music too—these songs are so fun to play.” The Anchorage’s track “Mr. & Ms. Communication” is a fan favorite. “The crowd always loves dancing to that one,” he says. He also adds they’re excited to play their new material that will be even more fun.

The Anchorage is anxious to get back out to perform for fans. According to Bohman they’ve finished recording their third album which will be releasing soon. “We’re stoked to see you and to play music for you again,” he says. “This marks a new beginning and we can’t wait to make more music.” The Anchorage is ready to jam out at SLUG Picnic on July 31 at the SLUG HQ. You don’t want to miss out!