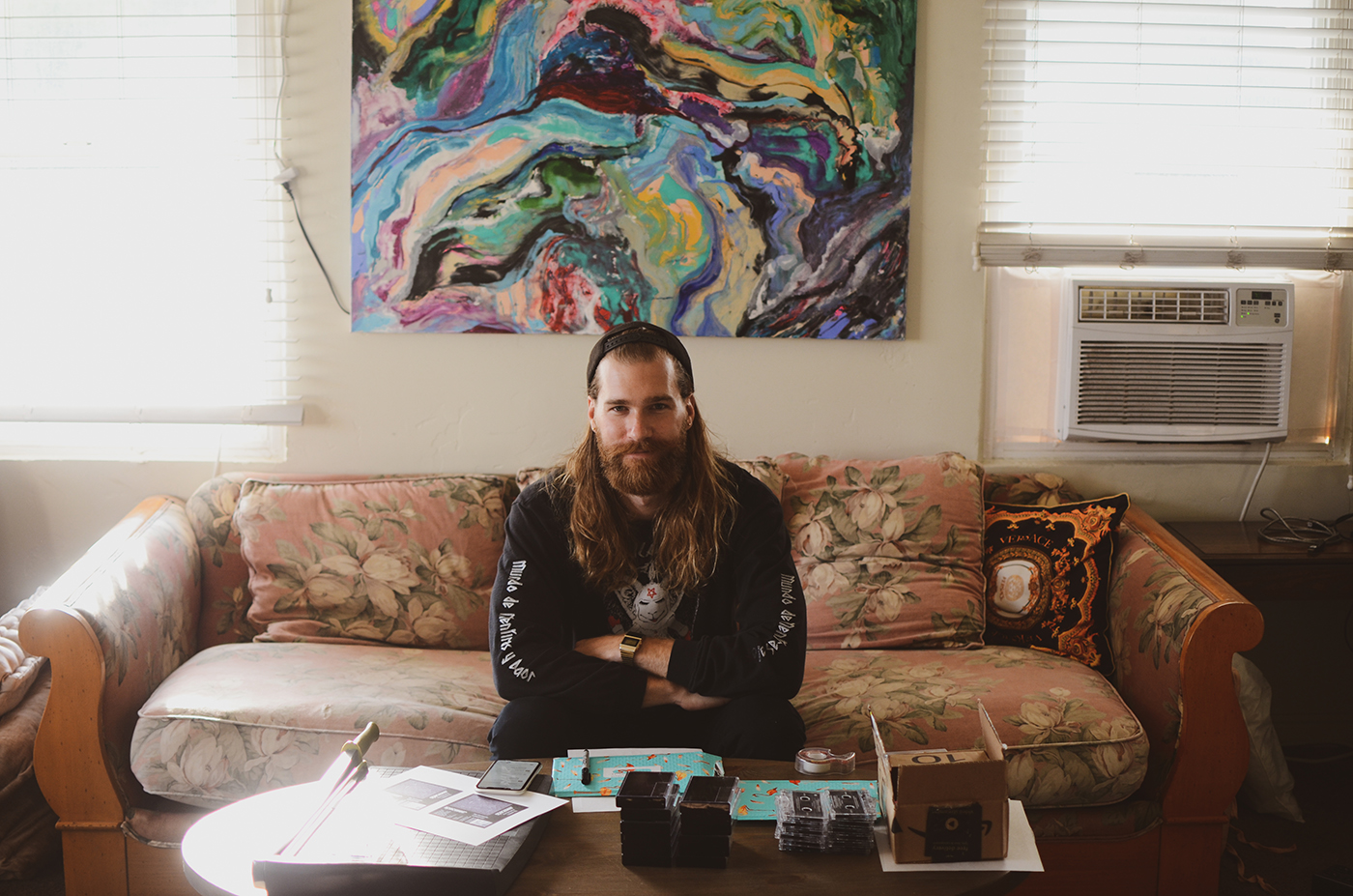 Welcome to the Club: An Interview with Far Out Cassette Club

“Sure, you can join the club. I’ll give you a sticker,” Nick Anderson jokes referring to his cassette label, Far Out Cassette Club. “I didn’t want to call it a ‘label,’ ‘business,’ or anything like that. ‘Club’ is a lighthearted, non-descriptive way to describe my vision and enthusiasm for cassettes,” Anderson says. As a musician himself (Nicky V A), Anderson noticed there weren’t small-batch, affordable options for musicians to get copies of their music, so he decided to do it himself with one recorder and a handful of blank tapes. As stated, it’s an inexpensive outlet for artists who want to do 50 cassettes or less, instead of outlets with minimum orders of 100. “They were kind of expensive,” Anderson says of these larger plants. “There’s no way I was going to sell 100 cassettes, and I didn’t need a professionally produced cassette for my shitty music.”

You’re probably thinking: Why cassettes? Or, like me, you’re thinking: Who buys them nowadays? What’s the enticement? Besides the coolness, Anderson loves everything about cassettes aesthetically, as well as the opportunity to reminisce on his childhood. “Growing up in the ’90s and making mixtapes of music from the radio or my brothers’ CDs, and that same accessibility and ease of use is what still makes them great,” Anderson says.

“Physical formats require that you be present.”

Like with thrifting—or any hobby that’s bringing the past back—the culture of cassettes is continually on the rise and is kept alive by diverse niche communities of musicians, small cassette brands and collectors. “I’ve helped a lot of lo-fi hip-hop artists produce cassettes because cassette beat tapes have long played a role in the hip-hop and beat-making communities,” Anderson says. “There’s a huge community of ambient, harsh noise and other experimental musicians of different genres using tapes to create the sounds and feelings they’re looking for, too.”

The cassette community in Salt Lake is not quite a “big scene,” but it is substantial. Moreover, Anderson notes that his friends at FOUNTAINavm have put out a hefty amount of cassettes and hosted listening nights before the pandemic happened. “There’s also a sick, local label called ¿Po Que No? [Records] that puts out eclectic stuff. But what I’m doing is different since I’m not a label producing and selling in the same way. I’m a DIY artist resource that sells unique and/or local projects to keep the club funded,” Anderson says.

But again, why cassettes?! Why are they making a comeback? Is it more than an idiosyncratic craze? Or am I just a stubborn old man who doesn’t get it? “I think people are realizing that having music in a physical format can provide an experience that can’t be had by playing Spotify from your bluetooth speaker,” Anderson says. “It’s engaging. You have to flip a record or a tape halfway through. Physical formats require that you be present.”

“Honestly, my process is crossing my fingers and hoping I make something that doesn’t look like trash.”

Now, let’s talk business. How do artists get prints? It’s simple: “All a band has to do is reach out by email or Instagram and we can discuss their project and talk possibilities,” Anderson says. And the possibilities are vast. The designs that Anderson creates are gnarly—hell, he even created a tape that simultaneously works as a smoking pipe for tobacco or other fun substances.

The process of creating tapes is more so a collaboration between Anderson and the artist. Some artists will even design their own labels and J-cards for their particular prints, like davey preece’s journey from the depths of the earth, where he used his own photography of Big Cottonwood Canyon. “Often, [artists] have artwork that needs to be adapted to fit a cassette, and I help do the work,” Anderson says. “Honestly, my process is crossing my fingers and hoping I make something that doesn’t look like trash.”

Additionally, each tape’s design interplays with its music due to the physical packaging that’s based off of various colors, folding cases and other details which are specific to the artists’ vision. “Just like how any album will have artwork, the packaging helps convey that artwork in unique ways. It’s an opportunity to do something with your craft that can only be done with a cassette, and create an experience that’s distinct,” Anderson says. “As for cassette technology itself, recording music to magnetic tape provides an experience that can’t be had digitally.”

In our digital age of TikTok and cryogenic pods, one would think physical copies are no longer vital. Anderson brings up an excellent point as to why they’re essential, and ultimately, matter: “Purchasing physical copies of music directly from an artist is a good way to support them financially,” he says. “Streaming doesn’t pay for shit. If an artist is providing art you enjoy, you should support them how you can.” Touché. I can now dutifully say I’m on the bandwagon when it comes to cassettes.

For the club’s future, Anderson wants to keep doing his part. “Currently, I’m mostly helping people outside of Salt Lake City, but if I can help the cassette scene flourish with locals, that’d be cool. I’d like to explore and amplify the experimental, unorthodox uses of cassettes. There’s a whole wide world of people doing interesting things and I want to bring that to Salt Lake in any way I can,” Anderson says.