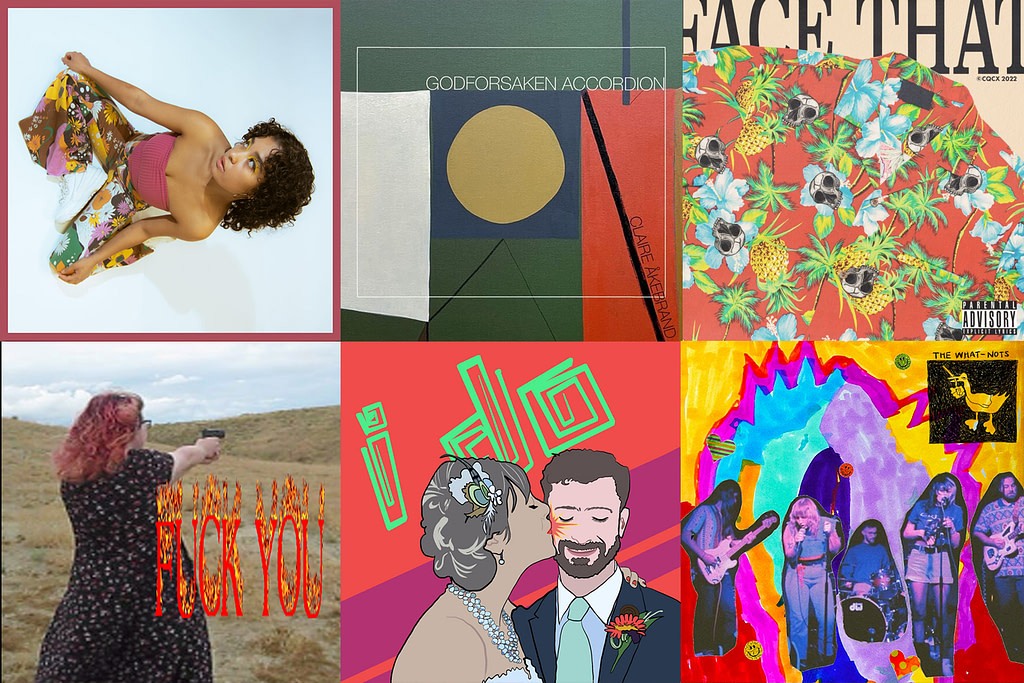 It doesn’t matter how you prefer winter—whether it’s shredding on the slopes of Snowbird, ice skating in the heart of Downtown’s Gallivan Center or simply bundled up at home with hot chocolate, your favorite fuzzy socks and a book—SLUG Magazine has your December tunes covered with six new songs by turns shocking and seasonal to give all your winter activities a perfect snowy soundtrack. 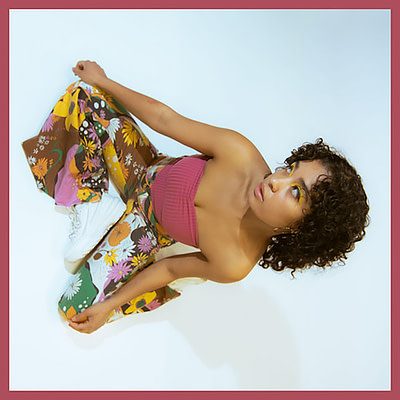 Anaïs Chantal’s latest soulful single opens with a smooth and slinky beat. She sings, “I like it better / When we get crazy / I lose my temper / You say you hate me.” Soon after, she and the music swell with the proclamation, “I like it better,” the music hitting on the beat of each word. Chantal passionately and warmly sings about “the pleasure from pain.” There’s something exciting about someone singing and pining for a self-described “toxic” love. Are we celebrating unhealthy relationship dynamics? Maybe. Chantal triumphantly embraces the rawness of relationship tumult that being deeply in love can sometimes affect. It’s toxic. What of boundaries? Why are we celebrating an unhealthy love? Because it’s like that. “Logic is vacant / Call it toxic / When you’re young and dumb in love / You can’t stop it,” Chantal sings. Sometimes, you love stupidly. You just do. “Like it better!” is a passionate set of rose-colored glasses for two. –Parker Scott Mortensen 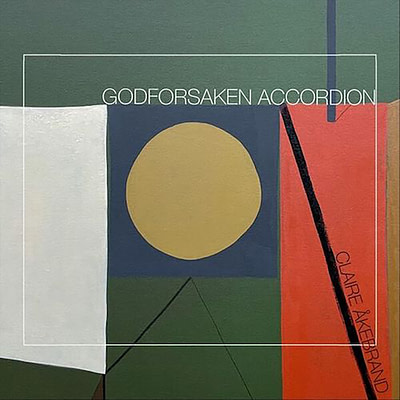 Musician Claire Åkebrand also creates abstract paintings; pieces with misshapen blocks of bright, primary colors toppling over each other in new geometries. She approaches her music with these same multidirectional sensibilities. Through the first verses, her plaintive vocals tumble over the dragged pickings of an acoustic guitar while what sounds like detuned train whistles twitter in the background—not immediately pleasant, perhaps even a bit unsettling. In the track’s second half, a filter drowns out the mix’s high frequencies and Åkebrand becomes subsumed in an eddy and drifts further from the listener. In these abstract structural and production decisions, “Godforsaken Accordion” may startle or perturb on first listen. It forgoes clarity and directness in favor of a segmented, architectural approach to songwriting and production. Here, music isn’t a two-dimensional line from speaker to ear; here, songs are something to be moved through and felt for their spatial depth. –Audrey Lockie 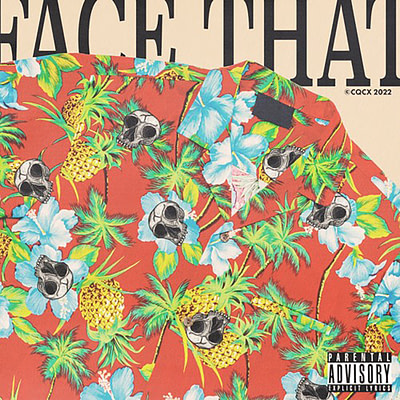 Lil Du Bois’ “FACE THAT” boasts one of the best beats I’ve heard on a local hip-hop cut this year. Built off of a pitch-shifted vamp of ’80s Casio windpipes and shimmering chimes that would make DJ Screw and Macintosh Plus salivate in equal measure, the instrumental paints an image of a retro-tropical paradise as Lil Du Bois blithely slurs out the repeated refrain of “summertime.” Across the track, the vocalist bounces between singing and rapping with ease, shining the most in his liquid melodics. If his bars aren’t head exploding—tried-and-true braggadocio, end rhymes built off of repeated words and a pace lying in a netherworld of lackadaisical agitation—his velvet voice is endearing and versatile enough to carry the track. This isn’t hip-hop as an intellectual what but hip-hop as a physical how, an exercise in making the linguistically familiar sonically alien. –Audrey Lockie 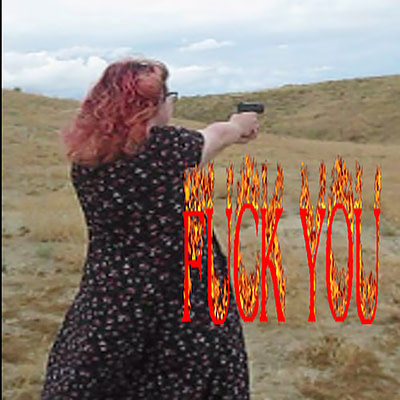 “ANTI-HOMELESSNESS ARCHITECTURE” sounds, true to its name, the way trying to lay down on one of those benches with those heinous little seat dividers on them feels—ugly, uncomfortable, vaguely ridiculous in a way that makes you wonder if somebody somewhere might be getting one over on you. It also rips. The whistling synth line that introduces PIGS OF CAPITAL (a new offshoot of local experimental noise-rock project cicada glare) not only sets them immediately apart from similarly chaotic grindcore acts, but lends the song’s immolative rage an absurdist edge that pierces through the rough, DIY production and forces you to attention. Speaking of production, check the way each instrument separates out in the mix toward the track’s end as the momentum starts to rend it apart; it’s an impressive moment of detail that highlights the project’s roots in more atmospheric strains of lo-fi. –Nic Renshaw 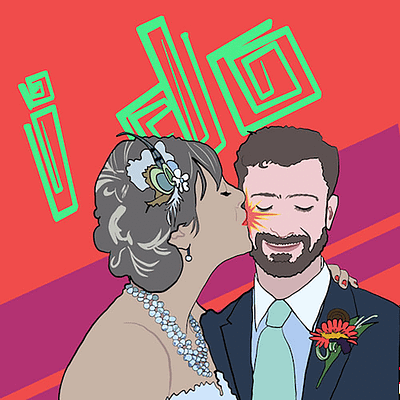 Toni Sicola and Ottawa Steel
“I Do”

On their new single “I Do,” Toni Sicola sings somewhere between the crystal clear sugar of Karen Carpenter and the easy confident twang of a Maria McKee. I know they don’t make them any longer, but please allow me the analogy: Sicola could sing the phone book and it would sound absolutely beautiful. She croons like a woman in love; really in love: “We closed our eyes, took a leap and landed in each other’s arms.” Singing lines like this with that blissful honey of a voice over, a relaxed and uncomplicated acoustic guitar is like the early morning sun coming through the window. Most love songs are boring, emotionless, or pushed way over the top with zero sincerity and not an ounce of honesty. Sicola owns every moment of this track that when she finally gets around to saying “I Do,” it’s easy to believe. –Russ Holsten 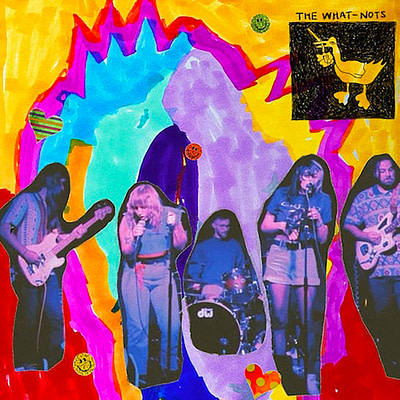 The What-Nots
“Cut My Teeth”

The What-Nots’ “Cut My Teeth,” is a snappy, toe-tapping indie-rock track, and I suggest you press that play button when you need a go-to getting ready for the weekend track. Listeners are encouraged to tune in and develop their anticipation for the fiery single through the opening buzzing ambiance. A fierce drumbeat kicks off the song, followed by rowdy, yet calculated, instrumentation that inspires the feeling of embracing the pent-up angst within you. Lead vocalist Meg Bird Mulvey carries this track with grace, singing of overcoming obstacles and coming out wiser and more powerful than ever and “taking names.” The track’s spirited bridge especially underscores its self-empowering essence: “Is it your ignorance that gives you so much confidence? / I’d say it’s more of a pretense / But I know you’ll go on with this / And you’ll never outrun that mouth until you try.” –Birdy Francis