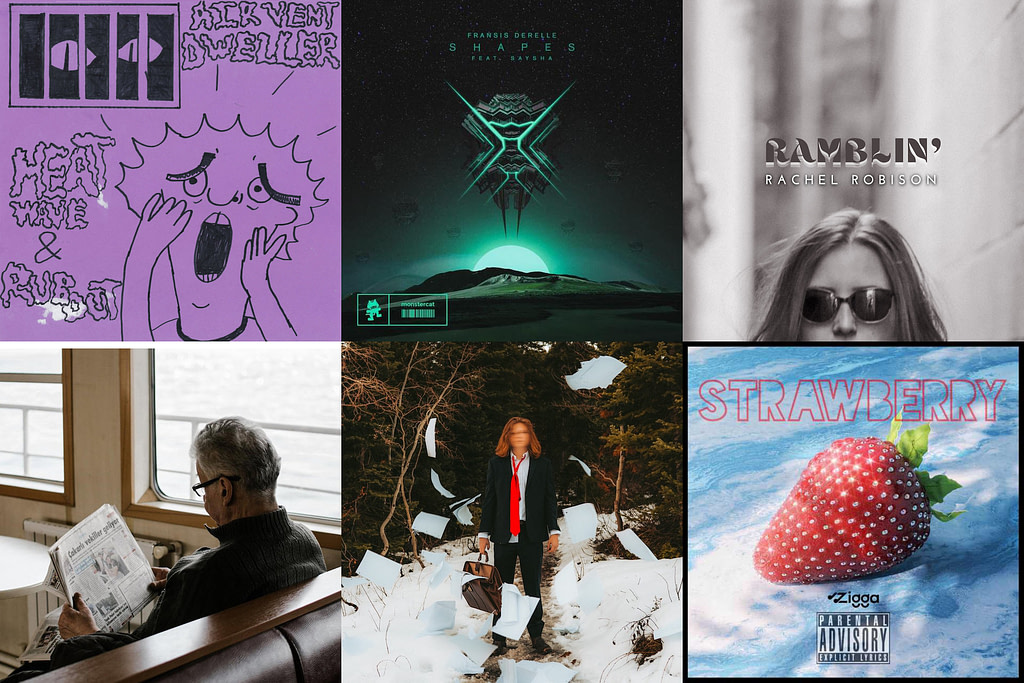 March is the perfect month to inspire change. Whether that is cleaning out that corner of your room that you haven’t touched since September or ditching some bad habits. Whatever your change may be, SLUG is here to help melt away those winter blues by bringing you another Local Music Singles Roundup. This month brings several fiercely catchy tunes from multiple genres that are sure to stick in your head. 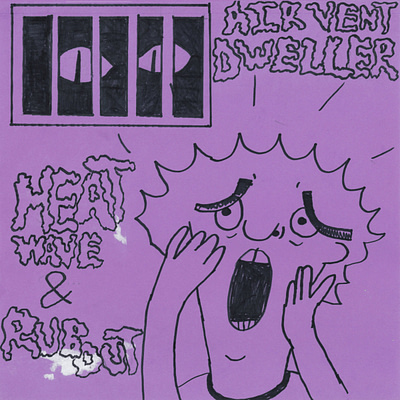 Air Vent Dweller (the bedroom punk project of Charlie Pell) doesn’t take any of “Heat Wave”’s 93 seconds for granted. The song drops in as if the instrumental began milliseconds before the recording clicked, a Casio-esque organ plodding out a ballpark-roundup melody atop the crinklings of rudimentary drum machines and the guitar’s guttural, power-chord chug. With earworm melodies, a tight, verse-chorus-verse structure and a concluding “na-na-na” refrain, “Heat Wave” hams up its pop charm as Pell offers a disaffected indie slacker’s prayer to the sun: “Heat wave’s here and it feels so good / Sun does for us what it could.” Refusing to be diminished by modest aesthetics, Pell pushes their hyper-lofi qualities to their grandiose limits of transcendence—in the final 20 seconds, the keyboard acquires a metallic twinkle and soars through a fanfare-like melody that, inside this battered vehicle, feels like a turbo-charged rocket launch. –Audrey Lockie 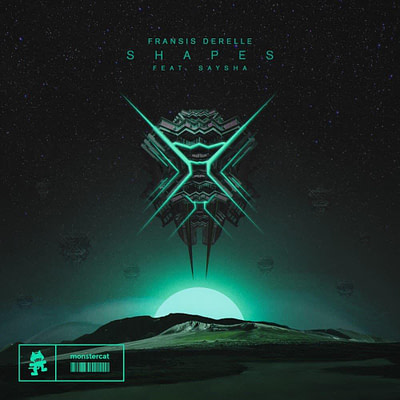 Electronic music serving as the perfect soundtrack to escapism isn’t new—or a novelty—but Fransis Derelle’s new single, “Shapes,” with transcendent vocals from fellow electronic artist Saysha, adds another layer to that notion. The near four-minute single is Derelle’s first song of 2022 and it coasts on the idea of “getting through the hard moments in life and coming back better than before.” The repetition and drop sonically match this idea, guiding listeners through an audible coming-of-age. As the lyrics and Saysha’s voice clue into maturity, the track intertwines with these elements almost effortlessly. It is, indeed, easy to get lost and leave your worries behind with this track—but it’s also equally as easy to take a lesson away from its message: ‘Letting go of what I’ve lost / And paving my way to the top / My dreams no longer a nightmare / I woke up, I am no longer scared.” –Palak Jayswal 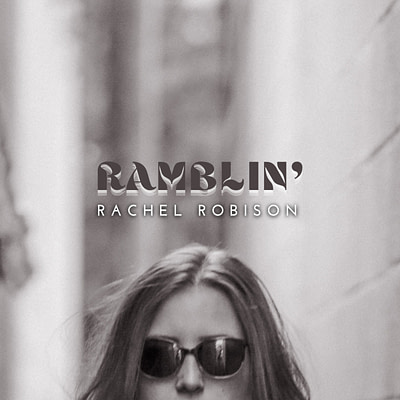 At its heart, North Salt Lake-based emotional indie rock artist Rachel Robinson’s first release since 2016, “Ramblin,” is about the relatable feeling of loving someone who doesn’t love you back. “I just can’t get you out of my head / And the worst thing about it / Is you don’t feel the same,” the chorus goes, paired with harmonized background vocals that add to the song’s emotional feel. “Ramblin” finds Robinson working through the romantic feelings she feels for someone, and through the ramblin’ embracing that she still desires for those romantic feelings to be reciprocated. “I’ll be fine, I swear / But if you change your mind, my darling / Well you know where to find me.” “Ramblin” doesn’t try to do anything out of the ordinary, which is to its credit because it allows the relatable lyrics and familiar indie rock instrumentation to shine like they should. –Andrew Christiansen 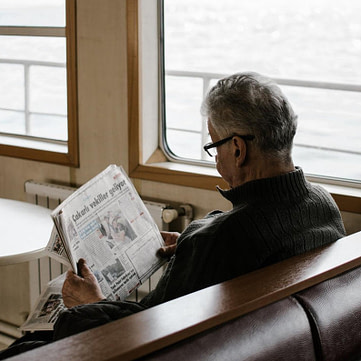 Taken individually, elusive internet artist RozalynOnsg Emcee’s three Bandcamp loosies feel like curious, if unsurprising, avant-pop nuggets. Taken as a trio, the set exposes a stranger, more unsettled vision. Each track weaves sampled vocals into elastic pop production that recalls the slim era between PC Music’s post-ironic origins and hyperpop’s mainstream ascension. “I get what I want” bounces with electro-R&B flair, buoying a tale of dark, alluring love and a vocal tone that sounds like it’s constantly cracking in peak-pubescent angst. “Again, and again” pairs ’00s house beats with a whispered, foreign-language croon, and standout “Thanks to you” shines with its TikTok-trendy drum-and-bass beat and belted vocal. Each ends abruptly—“Again” just before a drop, “Thanks” in the middle of a sentence—betraying pop music’s neat packaging. How much of the music’s structures, melodies and emotions belong to RozalynOnsg remains obscured; copyright and context collapse, burying easy meaning in the shells of half-corrupted digital files. –Audrey Lockie 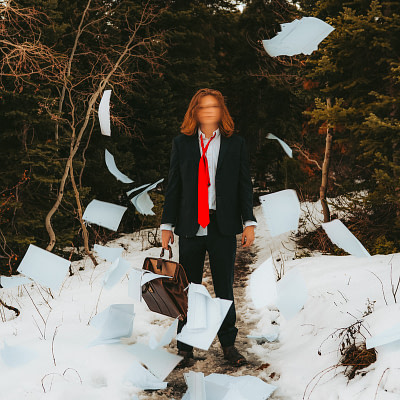 
If you don’t already know about Sunfish, prepare to have your mind musically blown! Comprising the ultimate guys-next-door, this band perfectly harnesses the raw energy of teenage angst and then refines it into ear-shattering guitar solos and deafening drum beats. “Falling Apart” starts low and slow with catchy guitar riffs and powerhouse percussion that immediately pique interest before completely obliterating expectations with a “glitch-grunge” chorus that causes intense head-banging headaches. It’s hard to categorize Sunfish into a single genre due to their uncanny ability to change sounds at the drop of a guitar pick. Sunfish is becoming an absolute game-changer for the sound of Salt Lake City—they are as adaptable as a chameleon with twice as many colors, and yet somehow still relatively undiscovered. There are no boundaries to what this band can achieve; from psychedelic grooves to funky beats, Sunfish masters whatever sound they choose to finesse that week. –Sage Holt 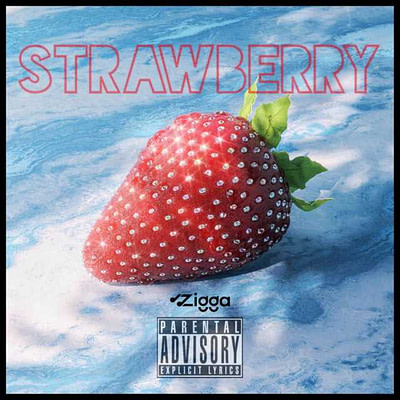 Following a busy-as-hell 2020, Zigga has kept the work going by releasing eight new singles in 2021. Included in this marathon of releases is “Strawberry,” a track that dives into some of the better activities of the bedroom. Bursting open with a mixture of distorted and melodic synths, the beat of “Strawberry” leaves an immediate impression. Following these blasts and the inclusion of 808s, Zigga’s vocals emerge, bragging of the taste of the track’s title. Zigga’s delivery here is reminiscent of early 2010s pop and college rap that adds a nice touch of a sound that isn’t heard often. Zigga’s nonstop work of the last few years is apparent when it comes time for verse delivery, which combines well with the beat. “Strawberry” is a fun, smooth pop/rap single that should not be slept on. While you are at it, give Zigga’s other 2021 singles a look. –Connor Brady