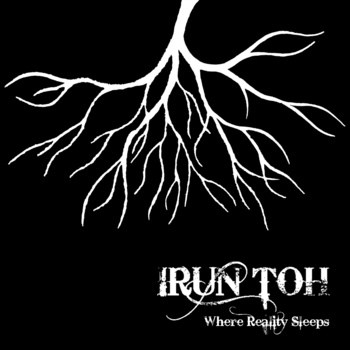 Irun Toh
Where Reality Sleeps
Self-Released
Street: 09.05
Irun Toh = (Wolfmother + Black Sabbath) x Cream
Where Reality Sleeps is a smorgasbord of heady guitar licks compiled haphazardly into an enigmatic debut compilation. The entire project is reminiscent of late-’60s/early-’70s heavy blues (with a modern twist). Each track features over-drawn guitar solos. “Ride With Me” instantly brings back memories of Led Zeppelin’s “Over the Hills and Far Away.” The mad scientist behind the music is TJ Smith. His vocals can, at times, sound forced or offhandedly wailing, but with the album being self-mixed and produced, I was pleasantly surprised to find that it sounds tight and full. “Three Seasons” is a perfect backing track for freeway road trips. In the end, a few of the songs persist incessantly and lack originality. However, the ones that flourish taste like a juicy slice of hearty, classic rock pie, dusted with just a hint of in-vogue indie crescendo.