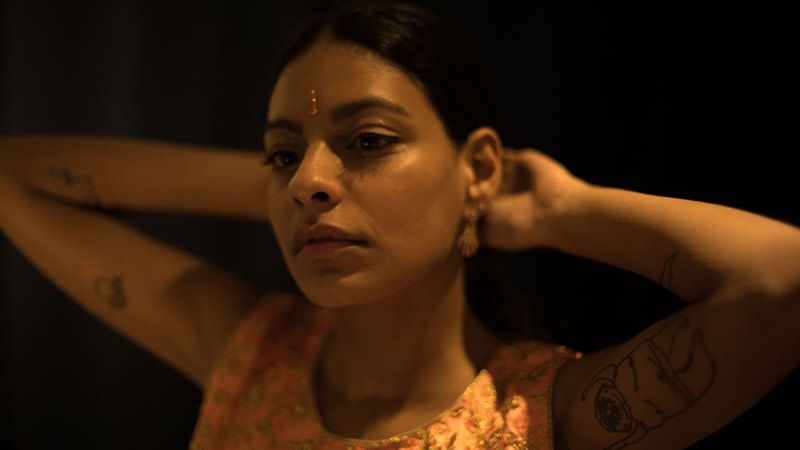 Out of the ever-expanding archive of great experimental music, here are 5 releases that take familiar sounds in unexpected directions, be it jazz, techno, ambient or pop.

The latest in DISCWOMAN’s essential mix series comes from London’s anu. The DJ’s choices here lean toward sparse, repetitive club music, with an apparent preference for NON Worldwide–affiliated artists. The music isn’t totally bombastic, as it feels better suited for a 3 a.m. comedown than a party’s peak. While the source material varies—Chino Amobi to Tomoko Aran—there’s a colorful unity to the mix’s sound palette. The healthy dose of strings and acoustic percussion gives anu’s work a welcome vibrancy against the cold, rigid textures many of her contemporaries explore.

With the recent passing of Art Ensemble reeds player and vocalist Joseph Jarman earlier this month, revisiting the group’s stunning catalog is a must. While each album is an arguable classic in its own right, Nice Guys is one of the easiest entry points into the Art Ensemble’s (and parent organization AACM’s) strange world. The album advances the group’s characteristically colorful free improvisations with additions from varying strains of pop music, shown best on the album’s bookends, “Ja” and the Jarman-penned “Dreaming of the Master.”

Computer Soul is a curious, confounding EP, with Stuart Albright delivering four tracks that mix dark drones and pummeling techno into an opaque mass. Two of the cuts, “City of Atomic Ghost” and “Computer Souls,” are nearly identical, adding an eerie déjà vu to the music—a glitch in the Matrix, nearly. The real standout here is “Blood Rain & Star Jelly,” a cavernous, sludgy rave track with a crucial vocal feature from Zanias. It’s short and simple, but Computer Soul is a perfect album from the grim greys of winter.

Dinzu Artifacts’ first batch of 2019 exists comfortably in the label’s signature style. Both Ife and Hesitant sit on the edge of what most would term music, veering further into expository sound collage work. Of the two tapes, Ife is the more approachable, especially as the thudding sounds in the final two tracks build toward a nearly danceable rhythm. Hesitant is less forgiving, with Perletta cycling through 16 short movements of sparsely arranged percussive noises. Whatever the meaning behind the abstraction, the three artists showcased here assert themselves as practiced and purposeful constructors of atypical sound worlds.

7 Directions builds off of the heady club music that marked Melika Ngombe Kolongo’s last two Eps as NKISI (Kill and The Dark Orchestra). Her first full-length for Lee Gamble’s UIQ label explores the intersection of club music and polyrhythmic percussion writing. Though the lo-fi, nearly hypnagogic atmosphere is inviting, 7 Directions isn’t an immediate pleasure. So much of the greatness lies in the barely perceptible, where piles of competing subdivisions build into a massive whole. Kolongo’s crowning achievement is that she never lets anything escape her deft control, showcased here by the tense, reserved nature of the music.