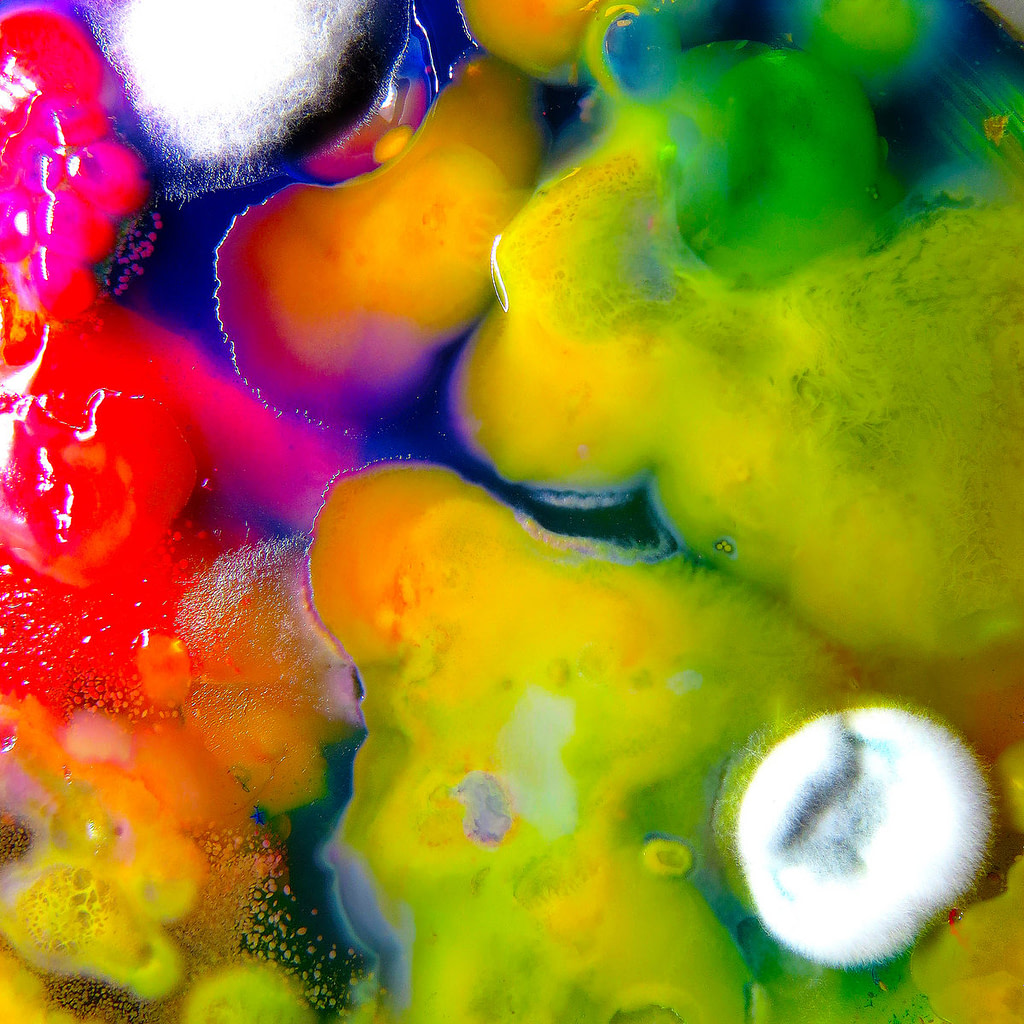 The first 15 seconds from the track “Cannibal Capitalism” begin with a noise-rock starter pack: feedback, static, sirens and a faraway speaking voice. The track quickly sheds that skin and moves into an addictive synth line, a hyper, popping bass and Shafiee’s super-fueled fuzz guitar. It all builds to a perfectly open palette for Carlson to jump in and shake the mess around.  With an airy, fluttering vocal style, Carlson whips up “Cannibal Capitalism” into art-pop euphoria. Channeling Lady Miss Kier from the ‘90s dance band Dee-Lite, Carleson swaggers and sashays across 10 tracks of mind-blowing, genre-bending head trips that would make The Flaming Lips blush.

If all the songs on Famously Alive were planets, I seem to want to visit “Mermaid Airplane” the most. It’s a song about a dancefloor crush—“Saw you on the dancefloor / Do I honestly, really want that much more.” Carleson drives this song over a wall of sound with lyrical splendor: “Flawless, hurricanes / Coming from the water / Sirens sings to me / Causing us to wander / Warning, splits in two / I don’t want to issue / No time, so I’m dancing with a tissue.” All this builds up to the revelatory admission of “I forgot your birthday.” The song is a fabulous teenage dream sewn together with Shafiee’s Jerry Garcia–like blistering guitar.

The overall theme is slipped clearly into the title—Famously Alive. Most of the tracks on this record are upbeat in strange, warped ways: “Live Exponential,” “Wild Fantasy,” “Excitable Girls” and “Happy Me.” All these songs are space-aged bangers. The wild sound crush of “Pyramid Hum” is—in the end—“Calm as a daydream.” This is a positive record which unwinds beautifully and ends perfectly with “The Heathen In Me,” a track about acceptance and understanding moments: “No need to make it scary.”

I love so many things about Famously Alive. I love the interludes of handclaps, computer blips, rain drops and loud sighs. I love the start and stops and the sudden time changes; I love how Kassie Carlson can place noise and chaos into pop songs. But, most of all, I love how Guerilla Toss turn isolation, fear and loneliness upside down and deliver a party record from the future we get to listen to now. –Russ Holsten