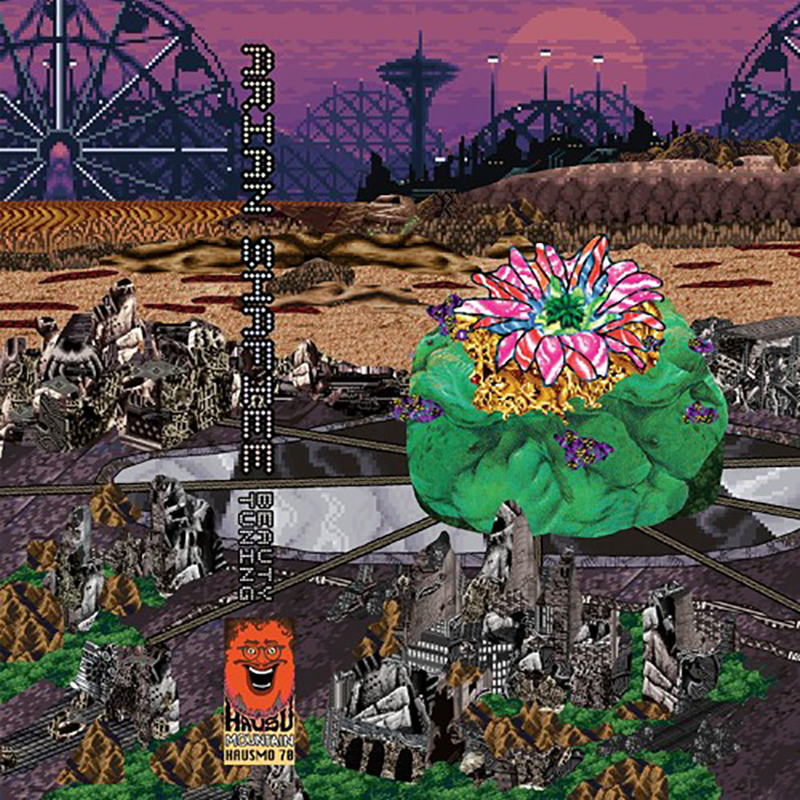 The debut solo release from Guerilla Toss guitarist Arian Shafiee approaches psychedelic music as an untamable, constantly shifting style. Not only is his music more diverse than the genre typically entails, but his conceptual range is equally varied. Though the touchstones of exoticism, vast, open landscapes and plenty of drug use still inform his music, he extends his scope to encompass more digitally relevant material. Beauty Tuning is mind-altering in the way that stepping outside after a getting locked in a YouTube rabbit hole blurs your vision and stuns you back into physicality. Shafiee makes psychedelia for the fragmented self of the internet age, where reality has taken on the surreal disorientation once reserved for fantasy.

In an appropriately hallucinatory manner, Beauty Tuning rides a fine line between spiritual ecstasy and a bad trip. While there are moments of transcendence and otherworldly beauty, there’s also a fair share of inexplicable terror. Opener “Dramafree” is the most chaotic piece on the record, full of glitching electronics and half-finished melodic motives that taunt the listener by constantly avoiding resolution. There there are the swarming quarter tones on “ASMR Sigh,” which, as they build in volume and number, start to sound like mosquitos buzzing through the mix. Each track delivers a distinct character, constantly complicating any hope of finding a single mood that defines the album.

Beauty Tuning’s structure helps ease this tumultuous genre-hopping, especially as it highlights its two centerpieces. At roughly 10 minutes each, “Voice or Trash” and “Perfect Memory” are nearly two-thirds of the entire album’s length, and each multi-faceted track takes Shafiee into various territories of psychedelic bliss. The former opens with incessant keyboard motives and some expressive guitar soloing. For the first time on the album, the harmonies are noticeably beautiful, building toward climaxes of explosive resolution. The track slowly decompresses into a messy, disorienting take on stoner rock that takes the genre’s penchant for sludgy riff-riding to new extremes. Even more varied—though far from disjointed—is “Perfect Memory,” which manages to transition between rigid guitar playing and heavenly synthesized strings before eventually collapsing into a wash of distortion and slowly shifting keyboard passages.

Outside of a few recurring sonic preferences (distorted guitars, electronically manipulated Eastern instruments), Beauty Tuning’s primary unifying factor is its dissatisfaction with unity. The only thing you can expect the music to do is defy expectations, so enjoyment depends on a submission to and coping with Shafiee’s restless sonic spirit. Some might find themselves searching for some key to understanding the music, but others will rejoice in an album that only defines itself by the umbrella of “psychedelic,” a term whose very meaning is complicated and deconstructed by Shafiee’s compositions.

While there’s no shortage of druggy music out there, Shafiee’s addition is a welcome one. Far from capturing one style or reference point, his music embodies the whole of mind-altering culture. The glory of this music is that it finds common ground in electroacoustic sound collage, slow-burning guitar workouts and densely structured harmonic progressions. Shafiee finds connections between ASMR and Lucier, between different music from deserts across the world and a society within the internet. However short it might be, Beauty Tuning delivers a wealth of material that continues to deliver on repeat listens. The simple pleasures of wonky melodies and mystifying surprises never grow stale, and the litany of unsolvable puzzles buried in each track keep the music endlessly interesting, even if only for the sake of morbid curiosity. –Connor Lockie