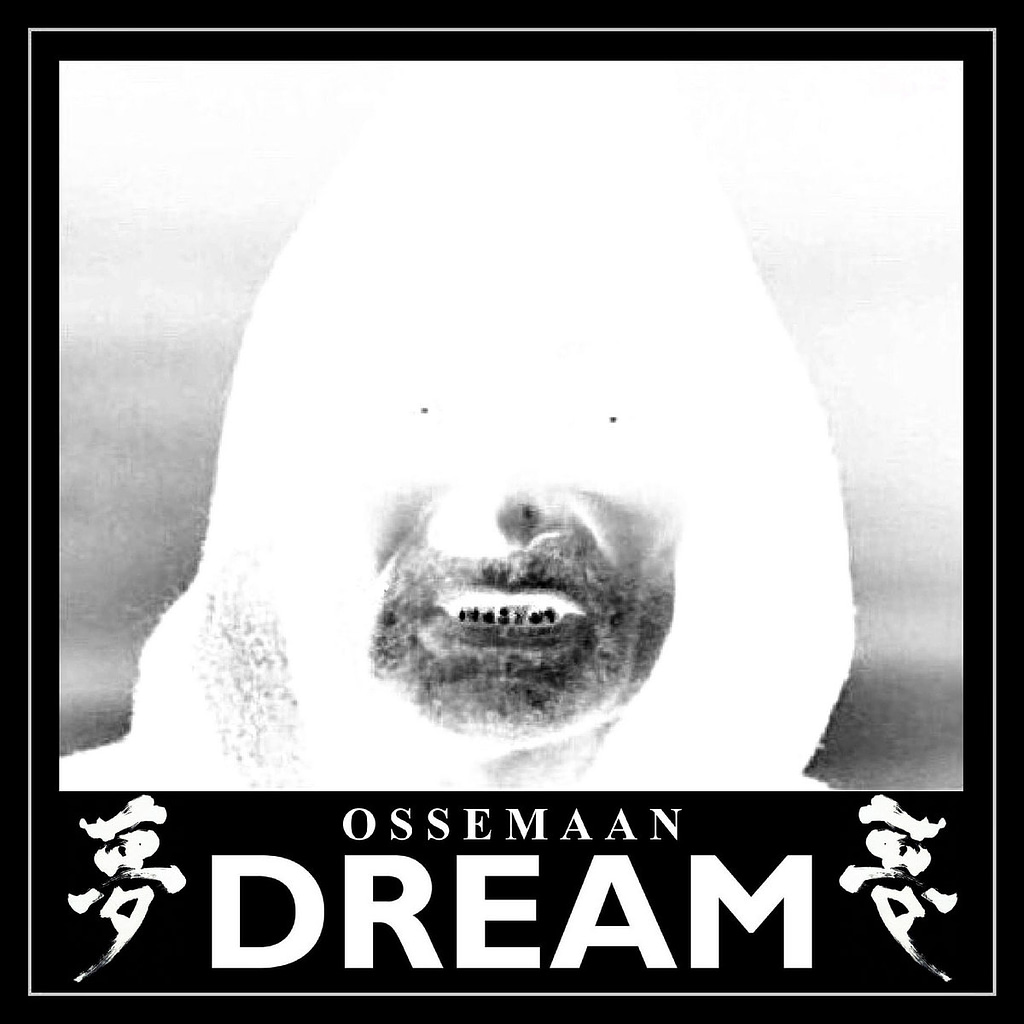 Keeyan Haack’s debut as Ossemaan, Dream, floats along a breeze without origin, direction or determined speed. Across the LP, Haack blends sounds from across the globe together into a winding tapestry: operatic vocalists, monastic chanting, throat singing, multilingual speech fragments and more melt into backgrounds of dissonant sound walls and woozy percussion, carving out sound worlds beyond conventional human reach. For all the far-reaching sonic origins and obscuring haze, however, there’s a  consistent blanket gloom draped over Dream; each second of the record is tinged in uniform rusted browns and foggy grays.

This sustained atmosphere is one of Dream’s most rewarding characteristics. Where a majority of industrial music looks toward crumbling urban steel and sci-fi pessimism for its aesthetic, Haack looks toward a more naturalistic bleakness. Many of sounds resemble—sometimes figuratively, sometimes literally—biting winds, echoes through empty mountains and the creeping paranoia that comes along with walking through a forest at night and knowing (hoping?) you’re the only person around for miles. On opener “Love Song,” a dull, metallic churning underlies a disembodied vocal lament, creating an unsettling brew of sound resembling the electric air before a devastating storm.

In terms of musical structure, Haack favors more of an unconscious ebb and flow than a decisive push and pull. These tracks move between different phases—drums fall in and out, melodies emerge and recede, etc.—without ever embarking on a steady climb or accruing momentum. On tracks such as “Innocent Blood” and “Reverie,” something akin trip-hop drum beats lay the foundation. Given the shrouded mystique of many a track on Dream the directness of these percussive beats sound jarring, almost ludicrously forthright. But on—especially—“Reverie,” the coupling of these shuffling drums with an ascending synthesizer riff make for a brilliant moment of unrelenting tension. Further, the track’s extended, chorale-like string coda helps ease listeners back into Haack’s amorphous collages, like a comedown from this moment of rhythmic force.

If there’s not much direction to these tracks beyond some of these two-part structures or on-again-off-again switches, many provide sonic worlds evocative enough to stand alone in their linear uniformity. In particular, the album’s midsection, the three-song run from “Black Water” to “Don’t Be Afraid,” provides Dream’s most revelatory moments. The former merges plucked guitar arpeggios with an opaque screen of synthesizers, all before lumbering drums and a flute melody enter. In the very best way, the track resembles some of the darker music from the Nintendo 64 Zelda games. “Don’t Be Afraid” cuts away on occluding frequencies and allows some major harmonies to weasel into the fold, and the light hand percussion loops and jangling bells help the track break away from the electornic gloom that shrouds Dream.

In between these tracks lies “The Last Breath of a Dying Child,” arguably Haack’s most refined distillation of the dark beauty teething throughout Dream. The sounds of wind, voices and synthesizers coalesce into a backwards-looping haze, with a breathy flute-violin duet gliding between these blocks of sound. While the surrounding tracks on Dream aren’t void of emotion, “The Last Breath” exudes a tenderness and patient expressivity that feels unique to the set. Here, there’s a sustained sorrow and restraint in this dull thrum—the most alien atmosphere Haack conjures speaks a recognizable thought through this wandering mix of unnamable sounds.

Peering too closely at Dream does the album a disservice. Like the barren landscapes that seem to inspire these sounds, there’s less interest in each grain of dust or sand than there is in standing back and absorbing the whole expanse. Haack may not give up many (if any) single moments of pure excitement, but his total vision creates an album full of literal depth, the sounds spreading up and down, in and out, left and right. –Audrey Lockie