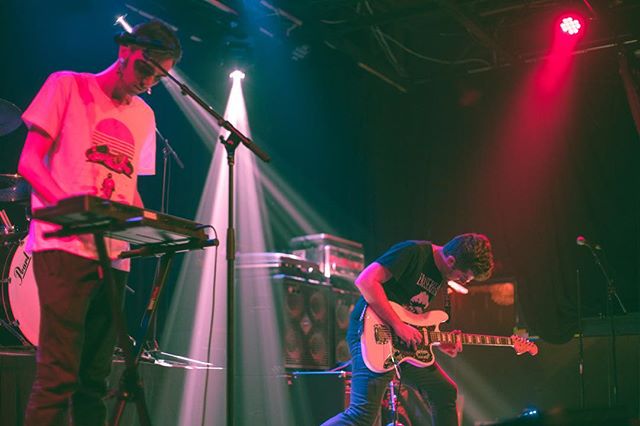 There is something subtle about the dark, sexy synths of Acid Cvlt that gets lodged into your subconscious and gets you to physically nod along; something about the way the electric guitars shred through a lower frequency that hearken back to the bygone era of cassette tapes. Opening with sustained synths, muffled quotes from vintage movies and a simple drumbeat, Acid Cvlt slowly dips you into their gloomy soundscape with “Realization Under Eclipse.” Personally, I couldn’t figure out if there was any continuity between the sound bytes used in this track because my mind focused in on the different layers of the instrumentals. With every listen, something new is called to my attention, such as the subtle guitar work or the deep, echoing vocals that poke in through the end of the song.

“Epiphany of Cingularity” is definitely the crux of the release, bringing the momentum to a head with a fast-paced, arpeggiated bass line that serves as the backbone of the track. The echoing vocals are again introduced in this piece, but are more in the forefront of the song and accompanied by a shredding guitar. While it sounds very ’80s-synth-soundtrack, it’s not overwrought in trying to sound retro. Every element structuring the song is nuanced, creating an overall sound that is intricate and energizing.

“Life Simulator” serves as a finale to the album, opening up with the nostalgic noises of what I can only describe as booting up a computer with a Windows 95 (or older) operating system. For me, Acid Cvlt’s strengths lie in the percussive elements of each instrumental layer added to the mix of their songs. The vocals, while a little difficult to decipher the meaning of through some of the distortion and echo, seem to coast at their own rhythm over the faster-paced instrumentals. Acid Cvlt has a way of subtly making the electric guitar power chords the focal point of each song for me, even though I was initially only focused on the layered synths and vocals. While I definitely wish there were more songs on this release, I’m definitely impressed by my introduction to Acid Cvlt and their gothy, synth-wave experiments. –Ali Shimkus