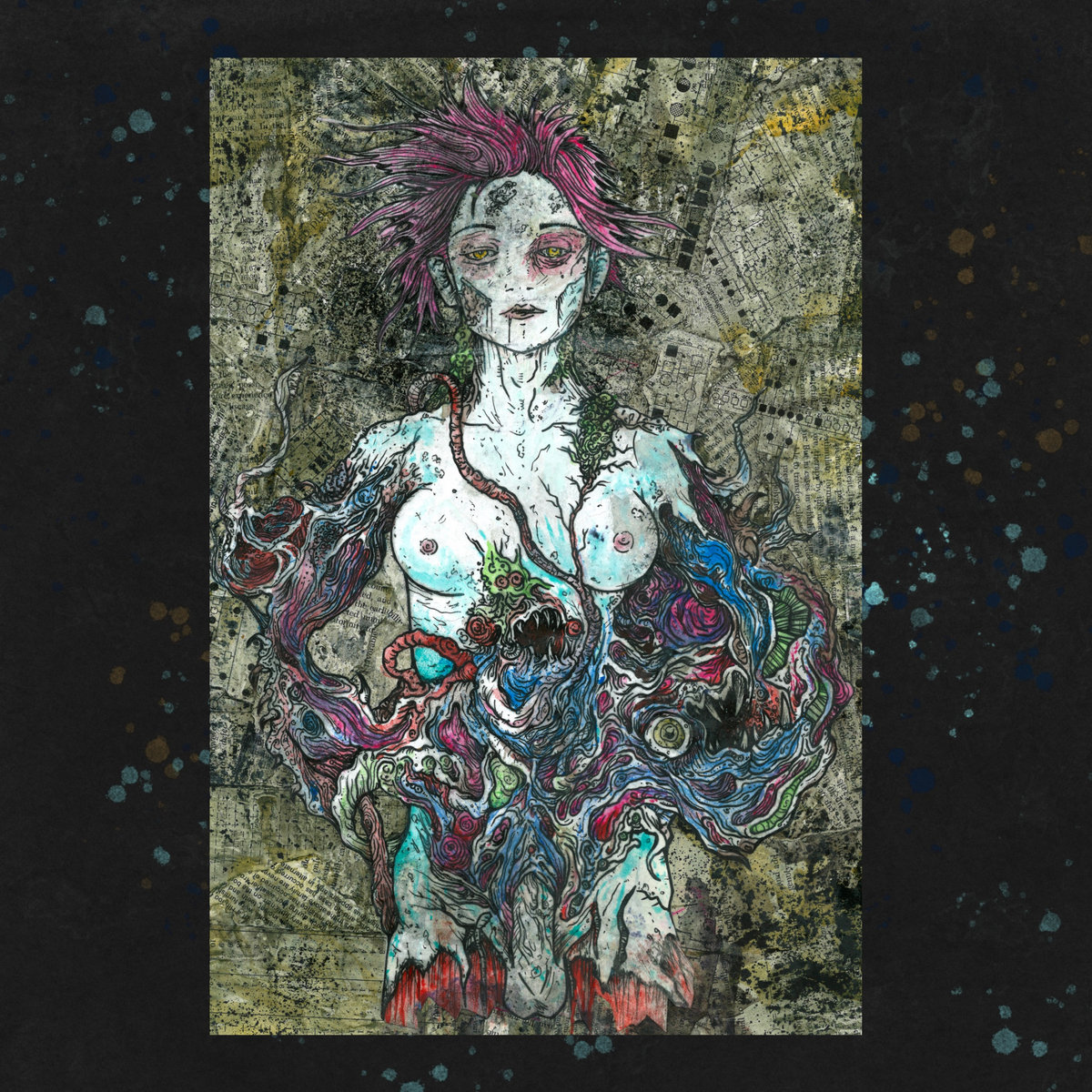 For an album clocking in at just under 20 minutes, fuckskin’s SYNC​/​RPT || codelyoko packs quite a bit of ambition. Essentially two different versions of the same EP, SYNC/RPT present a chaotic array of dissonant, aggressive post-hardcore before codelyoko deconstructs those 5 tracks into glitching, skeletal blueprints. Even taking the album’s brevity into account, it’s no small matter to trust listeners to sit through the same material presented in two different forms. Though SYNC/RPT || codelyoko certainly provides a unique insight into fuckskin’s creative process, it’s ultimately too wonky a format to create a fully satisfying experience.

Despite being the shorter half, much of the real meat of the album is found in the SYNC/RPT section. The full band lending their instrumental weight helps it hit hard for every second of its seven minutes and 22 seconds. “Car Crash” and “Glory is of No use for the Dead” both make good on the grisly promise of the album cover with Zachary Zane’s rusty-buzzsaw guitar and Gary Fairburne’s rabid vocals; fans of acts like CombatWoundedVeteran or Bucket Full of Teeth should feel right at home amid the relentless sonic chaos.

“When I Was A Flower I Was Soulless” and “Looks Like My Summer Vacation is Over” both succeed by exploring more melodic directions, with the off-kilter guitar/bass interplay on “…I Was Soulless” recalling vintage Bitch Magnet or perhaps even Fugazi. Overall, the opening run of the album plays out as a quick-n-dirty sampling of a surprisingly diverse hardcore group, as dexterous with frenzied emoviolence as they are with more low-key, moody stripes of punk.

After that opening run, the 11-odd minutes comprising the codelyoko section of the album shakes out to be less consistently impressive. The more melodic compositions generally fare well, and in particular the distorted, reverb-heavy bass hits on “loolslikemysummervacationisover” prove a welcome addition that lend the song a unique sense of intensity. Elsewhere, though, tracks like “carcrash,” “kungfumaster4000” and “gloryisofnouseforthedead” end up hamstrung by drum machines that can’t replicate the weight of Val Brown‘s full kit and production that feels flat and claustrophobic.

Put simply, codelyoko sounds like a collection of rough drafts: often interesting and sometimes illuminating, but rarely, if ever, surpassing their more complete-sounding counterparts. It’s only that much harder to appreciate it for what it is when, immediately after, the same songs play in what feels like their intended, final form.

SYNC​/​RPT || codelyoko leaves me excited about fuckskin the screamo band and markedly less so about fuckskin the experimental industrial project. One is already on the cusp of greatness, while the other seems like little more than a passing curiosity. If the two are meant to coexist equally, the latter probably deserves more songs that don’t feel so decisively geared towards the former. –Nic Renshaw