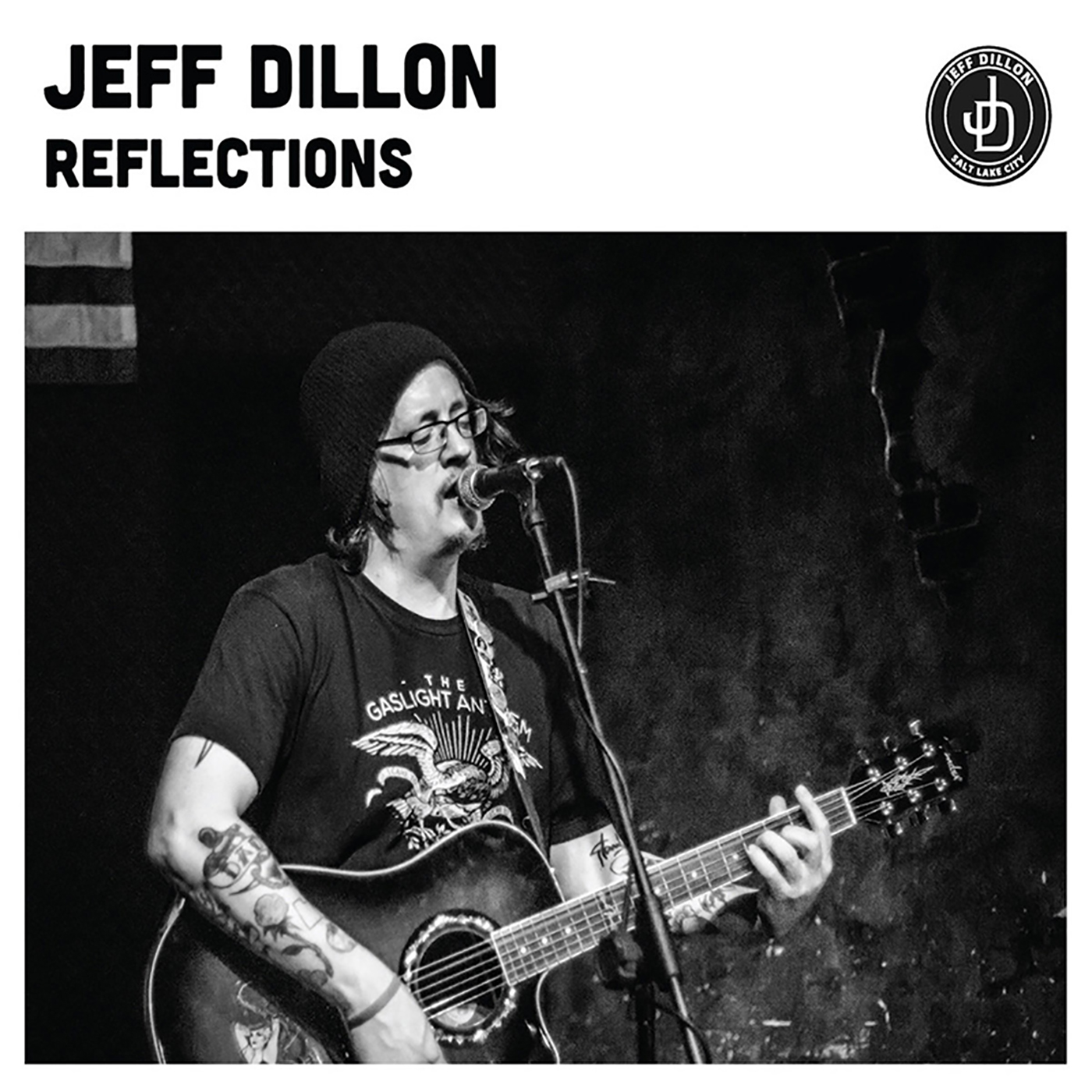 Jeff Dillon won’t sit down and won’t shut up—at least according to his Bandcamp bio, that is. The Salt Lake rocker has been fusing genres such as folk, rock and punk for the last 20 years. His latest work, Reflections, takes listeners on a journey, letting them hear the fusion of styles Dillon has been working with for years.

The EP starts out with a gritty-voiced MC announcing Dillon’s presence while ragtime piano plays in the background. It makes listeners feel as if they’re in a bar, favorite drink in hand, getting ready to watch a show. The piano fades into the first track with squealing guitar feedback followed by Dillon’s vocals.

“Wonder When” is a sad story hidden within a rock song that’s fun to jam to. Dillon sings, “Time again is not my friend / It took this part of me and you / When you died, it brought the other side / Crashing down so true.” For anyone who has lost someone, the lyrics hit home. At the same time, the track is enjoyable to listen to as a result of Dillon’s enthusiastic singing combined with a great fusion of instruments and background vocals.

The title track takes a more mellow tone. The lyrics for this song continue the melancholic tone from the previous song. It opens, “I’m fighting back these tears / It’s been years / And I’m still sore for you.” Even though the emotional tone is the same as the previous track, listeners get to enjoy the focus on acoustic guitar during the verses—it’s a great contrast to the opening track.

“Utah in Your Eyes” follows this same pattern: mellow in sound, somber in lyric and a prominent acoustic guitar. Things pick back up with the last track, “Lessons Learned.” Listeners are greeted with the heavier rock-and-roll sound that’s been absent since the first track. Even though the music picks up, the lyrics still hold tones of regret and sorrow. It seems Dillon has been through a rough patch, and this EP is him letting some of those feelings out.

Overall, Reflections showcases Dillon’s comfortability in his sound. The only thing that would improve the experience is having more to listen to. Hopefully Dillon is working on more for listeners in the future. –Emilee Atkinson