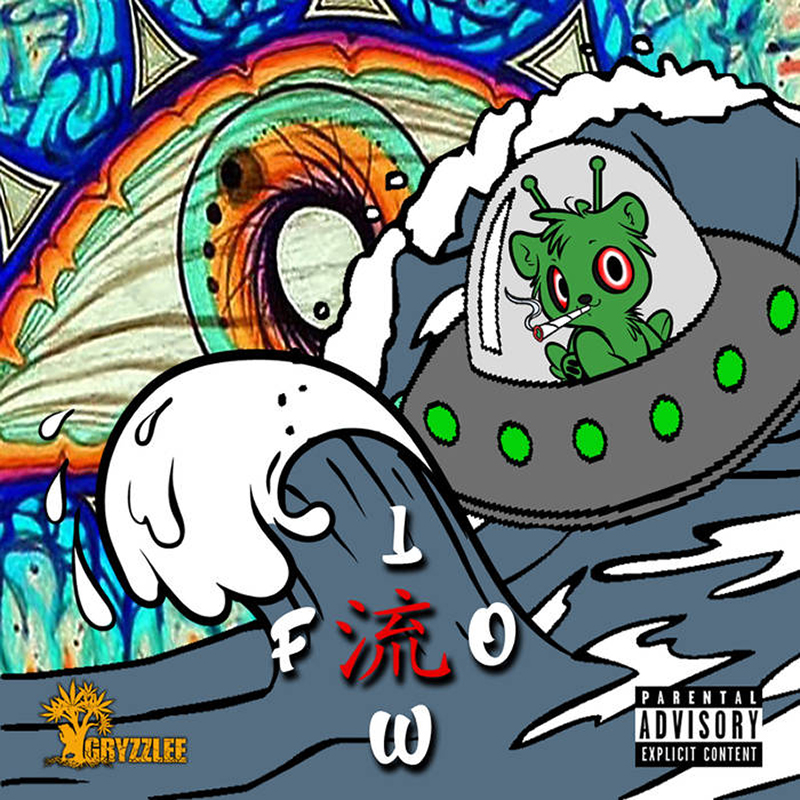 So many people nowadays call themselves producers, that it is always a surprise when a local artist comes along with a professional sound and the vocals to back it up. With a masterful style and beats that blow the doors off, Gryzzlee’s Flow brings professional and smooth-sounding production that stands above the rest in the current scene. This album features 11 songs, all comprising diverse styles so that you can get a grasp of Gryzzlee’s range as an artist. Flow starts out with the title track, which features a mellow cloud rap–inspired beat with perfectly placed 808s that let you ease into the album. The beat on “Flow” instantly became one of my favorites of the year so far. The following track, “Hydro,” continues with a more yet mellow feeling, as a plucked harp loop keeps a trap-inspired soothing sound. You get a unique juxtaposition with these softer-sounding beats along with the booming sound of Gryzzlee’s delivery of the lyrics and the messages that he shares.

I am impressed with this album and the overall skill that Gryzzlee has as a producer. Diving into his other works, you get a sense of his knowledge of the art form. Though not all things are perfect when it comes to Flow—tracks like “This Thing Called Love” seem to have a choppy flow that is just a little awkward in its delivery, sounding like it’s almost a beat behind the instrumental—the album delivers in production value and its ability to flow between tempos and differing beats. For me, the biggest surprise was the track “Lost in the Clouds,” which features an incredibly smooth verse from Ms. Shii, who is featured a few times on this release. She adds a softer voice that pairs perfectly with Gryzzlee’s harsher-sound. I recommend Flow to any hip-hop head looking for a local producer who clearly prides himself on the quality of his craft. –Connor Brady