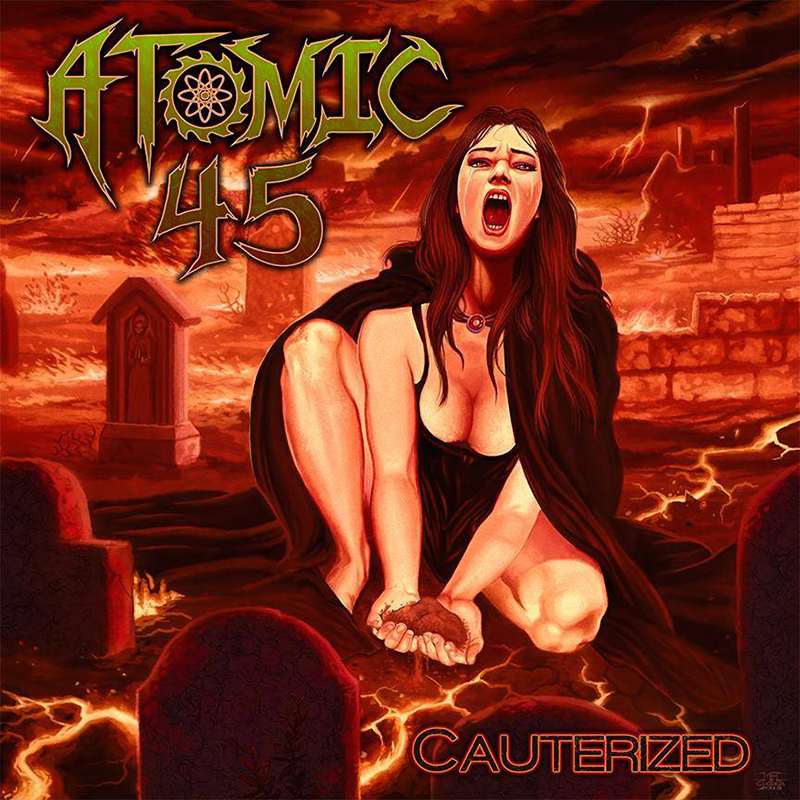 Self-Released
Street: 04.04
Atomic 45 = System of a Down + Suicidal Tendencies + Corrosion of Conformity

I love a band that goes for it unapologetically in their approach, not that they should be apologizing for anything. What I’m getting from Cauterized is an element of exuberance that wasn’t as present on Atomic 45’s previous material. These guys seem to embrace a humor that doesn’t make them silly by any means, but does help them stand apart from numerous metal/punk bands that are attempting a similar style. “Space Case” has elements of what I’m talking about: It hits hard and has a fun hook that I can see all sorts of scene kids dancing to in the slam pit. The one thing I would like to see from these guys is for them to go even more mental—to get more of an unhinged attitude in their stuff, but either way, there’s a good time to be had with these tunes. –James Orme