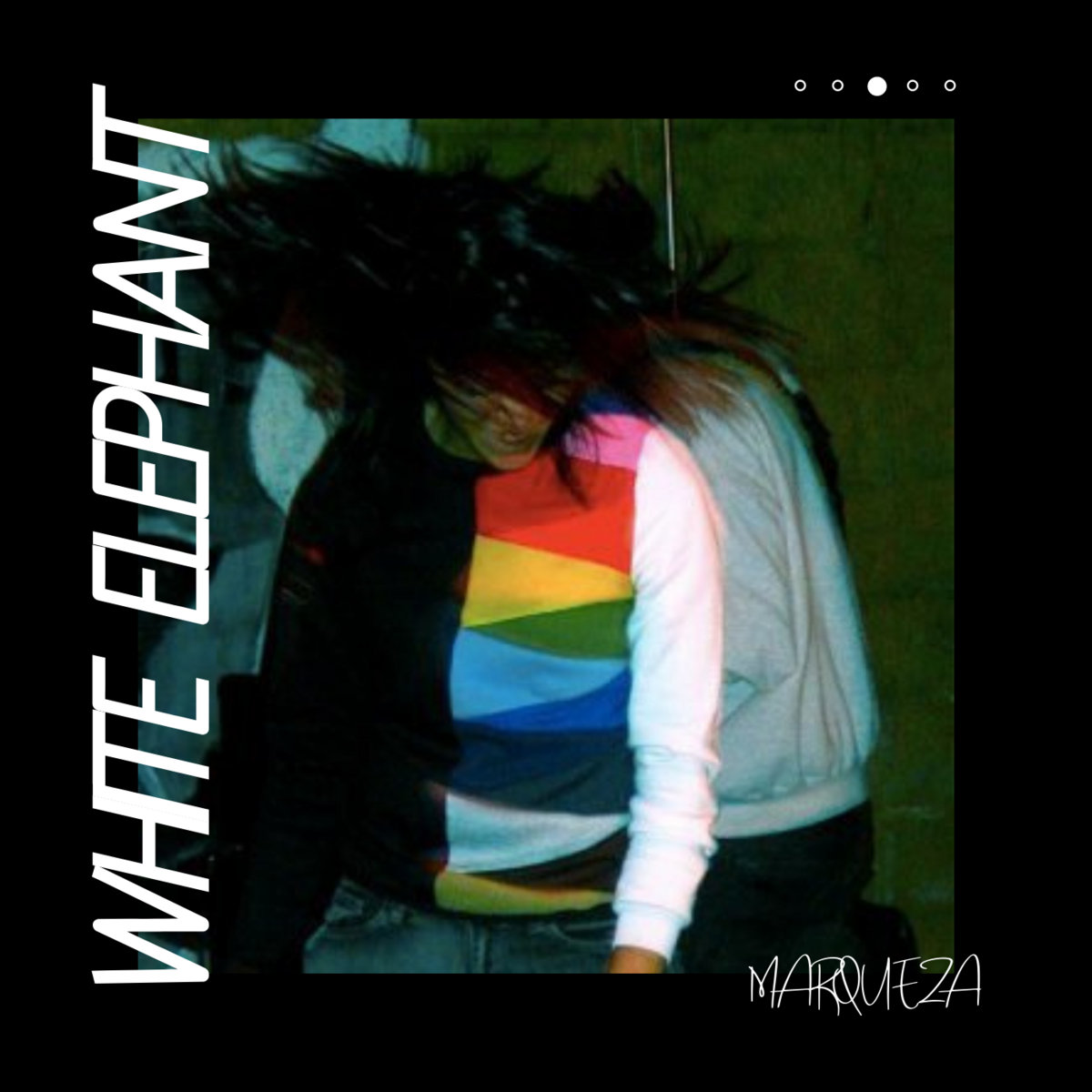 As it is well known, 2020 was a tumultuous year, and many of us were glad to be out of the groundbreaking and unprecedented portion of time. However, mere days into 2021, it seems like it will be more like 2020 than we hoped. There have been few silver linings so far, but one of them is new music from local musician Marqueza. They dropped an EP entitled White Elephant just before the end of the year, but we’ll pretend this good news happened in 2021 so we can hang on to some feelings of hopefulness.

Marqueza is a well-known singer, songwriter and producer in Salt Lake City. This new EP is following a full-length album, Salty, released in the summer of 2020. Typically, Marqueza’s music has an electronic, ethereal feel to it, but White Elephant is different—it has an alt-rock feel to it. Typically Marqueza writes, records, produces and mixes their albums on their own, but this EP has accompanying bandmates who play in the tracks. It features Jeff Andrus on drums, Sean Roylance on guitar, and both Spencer Rich and Jude Hall on bass.

Pressing play on the first track of the EP, “Spirals,” it doesn’t sound like Marqueza’s most recent work, but that isn’t a bad thing. It opens with a soft bassline that’s soon joined by drums and Marqueza’s light and clear vocals. The song is a slow burn through the first verse. and as it works its way up to the chorus, the music and vocals progressively getting stronger and more in your face. The song itself seems to spiral, starting out more compressed and expanding as it goes along.

The second track on the EP, “Underwater,” starts out with an addicting bass beat. It’ll have you tapping your foot along immediately. When a kick drum is added it becomes spicier, and ever spicier still as more percussion and Marqueza’s voice come in. The song builds and makes you feel as if you’re floating through it. All the elements flow together nicely and form a track to put on repeat. Following “Underwater” is “Lemon Tree,” which has a faster, contrasting feel. The song starts out with a high energy cymbals kick drum from the drummer. Even Marqueza’s vocals are more forceful than in the previous tracks. “Bow down to my lemon tree / Analyze as feelings grow / Finalize your majesty / Realize and let her be,” they sing. “Lemon Tree” even gives listeners a rad guitar solo, unlike the other tracks in the EP.

Overall, this EP offers a good mix of sounds that are a contrast to Marqueza’s more recent work. They offer a good mix of alt rock jams that show some versatility. Not only is Marqueza able to give listeners amusing and ethereal electronic tracks, but they can rock out with a full band behind them as well. Hopefully we get to hear more of this rock side soon. –Emilee Atkinson