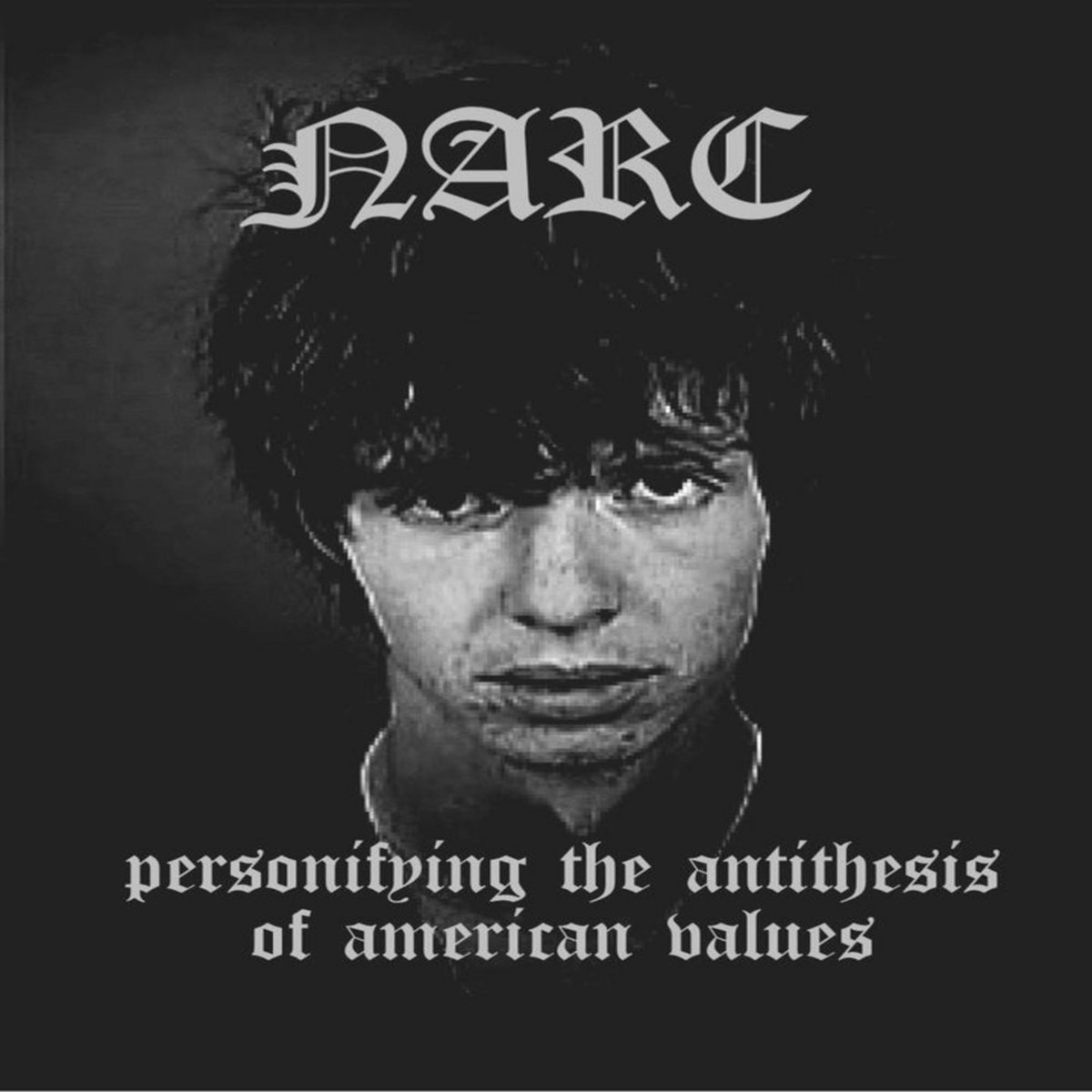 I really wish I had the lyric sheet for this NARC release. The vocals are scathing in delivery but admittedly frequently unintelligible to even my time-worn, punk-rock listening ears. In this powerviolence/groove/fastcore combo of music it’s not essential to have fully decipherable lyrics, but I have only bits and pieces to go on. Fortunately, the song titles provide an accurate guide to what this release is all about, and that which was intelligible speaks to equal parts political misgivings and mental pain.

If the title Personifying the Antithesis of American Values wasn’t a dead giveaway, this is angry, aggressive, unsubtle vitriol hurled at you in sub-two-minute bursts. Although not all lyrics were totally clear, the gist certainly was, and combined with the riffing, it’s a solid package. Stylistically, NARC aren’t cutting new roads, but that isn’t the element of this release which caught my attention—what grabbed me was the vocal style and the riffs. There is no shortage of bands with a strained scream/yell, but packing authentic emotion into the style is more uncommon than you would think.

While half of the songs on the record are blunt political commentaries—“I Hope the usa Collapses” and “Feminine Fuckability as Social Currency”—it’s the songs that deal with emotional and mental anguish, clearly from lived experience, that feel deeper. “Manic and Blasted”, “PTSD” and “Unbreakable Burden of Psychological Diagnosis” carry a weight that reminded me of the anguished vocals of black metal. You can’t fake that, and it’s what elevates the experience.

Vocals are cool, but they’re even cooler with tasty riffs. The riffs in “To Watch Someone Die” have a groove and rock-and-roll sensibility to them more akin to ’90s metal or grunge than cacophonous grind or powerviolence. This checks out as NARC has a cover of Nirvana’s “Territorial Pissings” on their Bandcamp, and the dotted line isn’t too hard to find. The bass (or muted guitar) and drum breaks in “Feminine Fuckability as Social Currency” add a nice dynamic touch, and the main riff in “PTSD” heads in some unexpected directions. NARC pack an impressive amount of variety into these short bursts.

This is a solid release in this genre style and lasts a succinct 15 minutes or so. Now, if I could just get my hands on that lyric sheet. –Peter Fryer