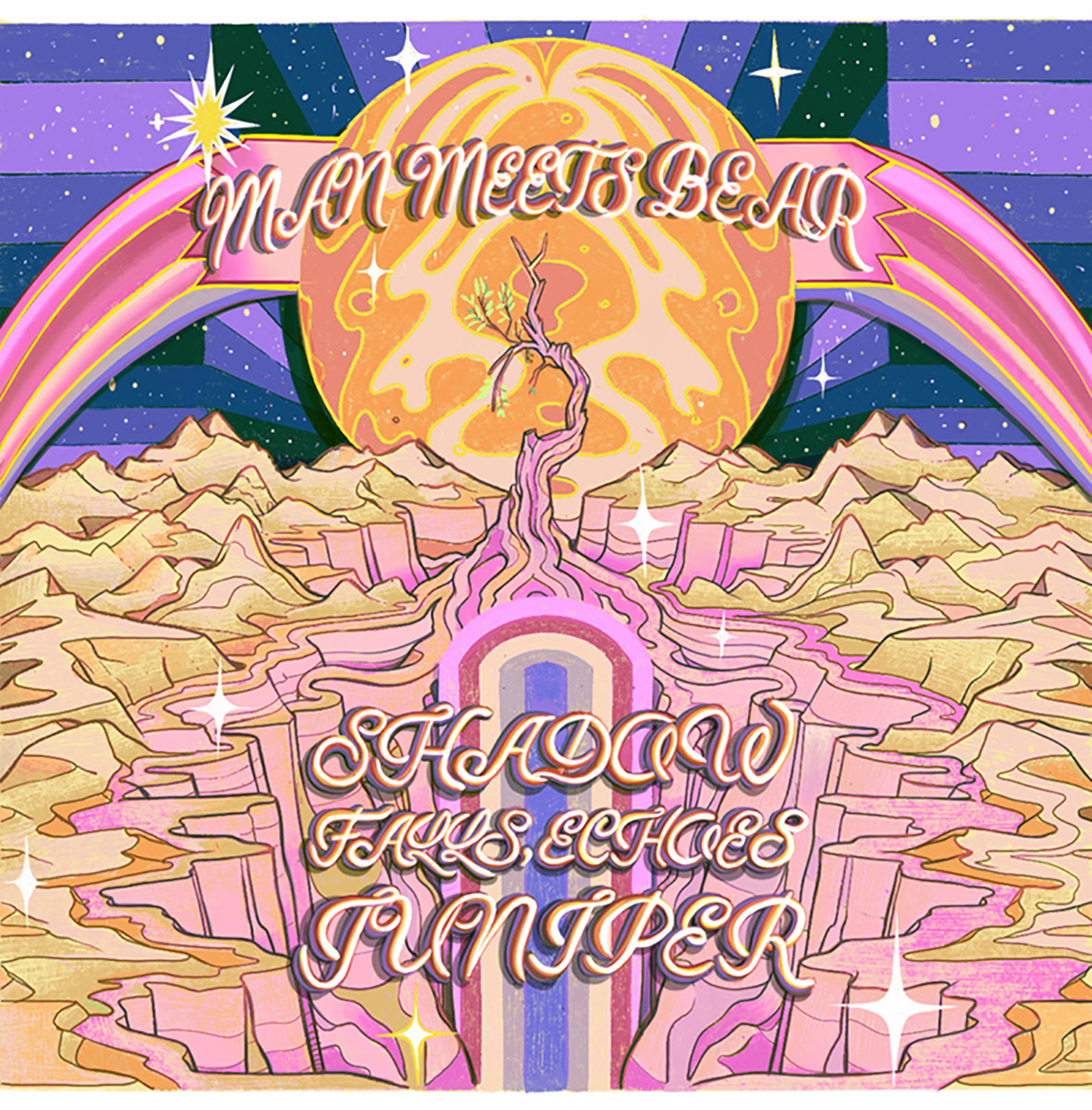 Any time I listen to an album which reminds me of the rich, yearning sound of Jim James, I know it’s going to be in my collection for a while. Shadow Falls, Echoes Juniper isn’t exactly built around its singer, but that doesn’t stop the thick vocal choruses that are peppered amongst its songs from making me shiver. Simple, powerful compositions comprise this album from Man Meets Bear, with twangy guitar chords, melodious vocals and a suite of synthesizers and other string instruments making up its orchestration. A bit on the folk end of the spectrum, the album is dreamy, ethereal and well worth a listen.

Man Meets Bear is one of many projects dreamed up by local musician Soren Brothers. You might have heard him in The Golden Green Funz, Moons of Mulagi, Sun of the Eye and more than a dozen other monikers. As with many of the other groups I’ve heard him in, Brothers’ Man Meets Bear project uses refreshing recording and mixing techniques which flavor each song with different textures, frequencies and complexions. “Summer Canyons” is thick and warm, with plenty of reverb and a vocal chorus which pans back and forth and echoes richly. On the other hand, “Land of No Hope” is airy and distant, using careful changes in dynamics to emphasize stringy guitar chords. All of the tracks are pretty heavy on effects, but a practiced approach to mixing keeps the important parts easy to hear as the rest of the song swells and echoes.

Shadow Falls, Echoes Juniper is a difficult album to pigeonhole into any one musical genre. “Shadow Falls” is perhaps the most distinct song on the album. It’s a folky, beat-driven track layered thick with effects, synths and strings. After that, the album continues its trend toward folk, but “Highways” showcases a brief stop in the realm of surf rock, and “Leonid” and “Inversions #2” both mix things up with a bit of an ambient vibe. Twangy guitars, melodic vocals and simple drum grooves intermix with bright pads in rapturous compositions such as “Found Home” and “Over the Years.” Throughout it all, Brothers’ sonorous voice caresses and lulls. While the album dips its toes into somber progressions with “Land of No Hope” and “Too Soon,” the set is—on the whole—uplifting and bright.

Shadow Falls, Echoes Juniper is available to stream and purchase on the Man Meets Bear Bandcamp. While you’re there, you might notice that Man Meets Bear has already released a second album this year, 8 Songs from Nowhere, so you might want to check that out, too. While rare, keep your eyes out for Man Meets Bear playing around our local venues, or scope out the band’s Facebook page for other upcoming event dates. –Alex Blackburn