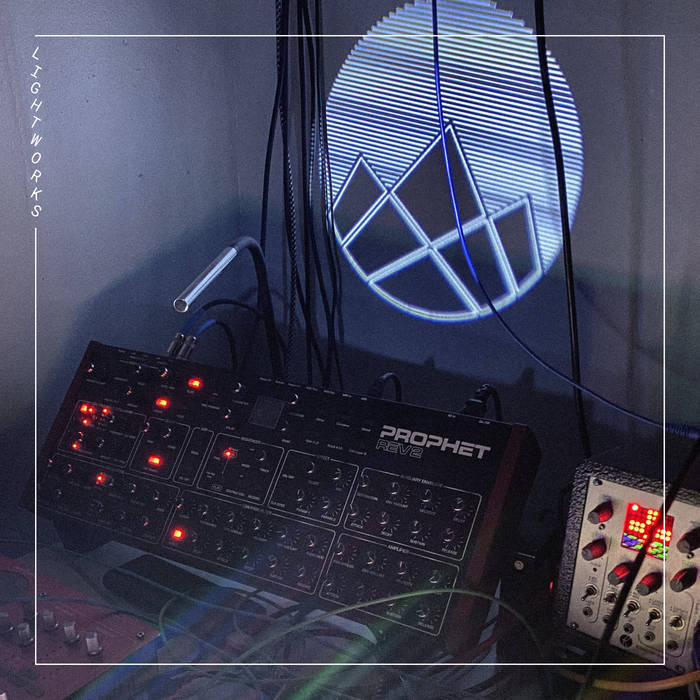 Based out of Salt Lake City, but making music that sounds like it arrived from the outer reaches of space, Mooninite has dropped 29 new beats in his latest release, Lightworks—a fitting name considering this release feels like a sampling of greatest hits from bumpers on Adult Swim. Building soundscapes that are mysterious, ambient and oddly nostalgic, Lightworks has an atmosphere about it that hits a deeper, long-forgotten part of your brain.

The album opens with ghostly tracks like “Gems,” with its metallic clanging, droning synths and fast-paced looping percussion, to the more innocently static “Homeworld” that creates a comforting feeling in just under a minute. Building on the nostalgic, space-age feeling of the opening to this release is “Orem Tones,” welcoming you with washed-out synths before breaking into a tambourine-heavy beat that gives off a similar vibe to Enigma’s “Sadeness – PT.1.”

As you trek deeper into Lightworks, you find more madness in between the ambience on tracks like “Cherry Cuts,” a space-y, synthy song drenched in 808s. The track features a beat switch into a more bouncy, snare-heavy beat, all to just melt away into the void of the distant synths on “Chord Exp.“

Opening the second half of the album is “Last Backup,” a track that has a heavy vaporwave feel with its use of a snappy beat and shaky synths. Following shortly after is “Magic Angel Magic,” which sounds like pieces of different songs playing in the distance that all come together to make a beautiful mix of rap beats, harp and a disembodied, harmonizing vocal loop.

The later half of Lightworks picks up a bit more in terms of energy with tracks having more dancy beats and elements that sit right in front of you. “Nano Jam” kicks off this energetic feeling with its bouncy kick drum and plucky synth riff, a vibe that builds right into the tropical energy given off by the harp used in “Piano Csuri.”

As you round out the album, Mooninite leaves us with one of Lightworks’ best tracks, “Tree Sequence.” Slowly building in the distance, this song’s use of noise is interrupted by deep, atmospheric hits that give the track time to bring in a beautiful mix of trap beat and touches of synth all before fading away as quickly as it started.

Mooninite keeps you on your toes with Lightworks with beat switches and parts of different songs creeping up on you out of nowhere, all while allowing everything to not feel out of place. This album really hits if you spent weekend nights at home in a dark living room with the only light coming from a TV bumper making a snappy remark on early internet culture or visuals of Tom’s spaceship creeping through the void of space. This album is a must for any fans of ambient, rap, vaporwave or anyone looking for new songs to rotate into their late night drive playlist. –Connor Brady